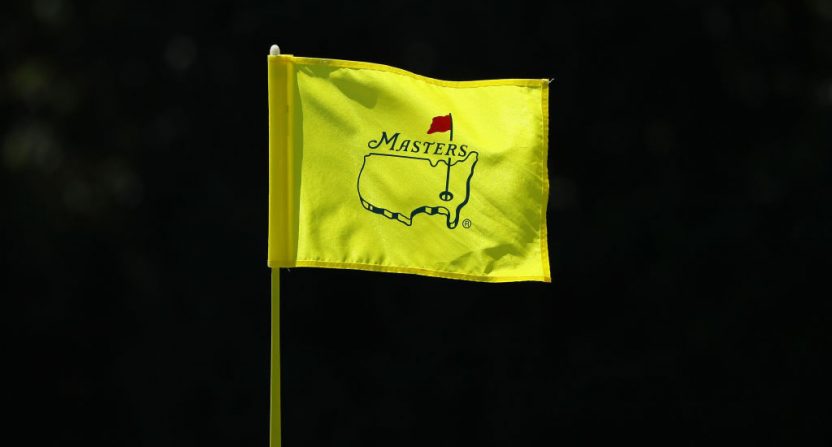 Considering it’s almost Halloween, it’s weird to think that the 2020 Masters is only a few weeks away. Played without fans/patrons and in the middle of November, it’s certainly going to be a departure from the typical roaring galleries and spring flowers.

There will be a new addition to the weekend, though: ESPN’s College GameDay will be broadcasting live from Augusta National on Saturday, November 14rth. That’s according to releases from both Augusta National and ESPN.

ESPN and Augusta National Golf Club are bringing two sporting event traditions together in a unique way, as College GameDay Built by The Home Depot is set to originate from the Masters Tournament, which was postponed from its traditional April date due to the pandemic, on Saturday, Nov. 14, in Augusta, Ga. The 11-time Emmy Award winning traveling pregame show (9 a.m. – noon ET) will emanate from the Par 3 course, the site of the Masters Par 3 contest.

“Anytime College GameDay travels to a new destination it’s special, and the opportunity to be on the grounds of Augusta National Golf Club during the Masters is extraordinary,” said Jimmy Pitaro, Chairman, ESPN and Sports Content. “As this iconic event coincides with the college football season for the first time, we look forward to getting fans ready for a football Saturday, while also showcasing the Masters and the greatest golfers in the world.”

And from the Masters:

“Given the circumstances brought about by the pandemic, the delivery of quality content is as important as ever to the storytelling of the Masters Tournament,” said Ridley. “While we will dearly miss our patrons at Augusta National this fall, we are excited to showcase what promises to be a truly memorable Masters in a variety of ways for viewers around the world.”

One such way is the addition of College GameDay, which is scheduled to take place from 9 a.m. – Noon before the live CBS broadcast of the third round. The studio will be staged overlooking Ike’s Pond and the 9th green of the Par 3 course.

“When exploring ways to showcase a fall Masters, we were drawn to the concept of hosting College GameDay at Augusta National to introduce the Tournament to a new audience and provide even more anticipation and excitement to the event,” Ridley continued. “We appreciate the collaboration with ESPN, our longtime broadcast partner, for this first-of-its-kind opportunity.”

GameDay has also felt very different with a lack of in-person spectators, as you’d imagine, and while they won’t be on-site for any of that weekends big matchups, seeing the show broadcast live from a Masters Saturday morning is (hopefully) the kind of unique opportunity that’s worth trying. ESPN having the first two rounds of the tournament doesn’t hurt either.

The Masters itself has always felt college football-adjacent, anyway, at least in spirit. And the 2020 Masters is also already tied fairly closely to football; weekend tee times have been moved up to accommodate pro and college games scheduled on CBS. (And to account for the early sunsets.)

It’s going to make for very cool visuals, and considering the show won’t be losing out on a frenzied campus atmosphere, there shouldn’t be any complaints about skipping a week to head somewhere they wouldn’t normally get to go. And credit Augusta National for being open to this kind of thing in a very weird year.