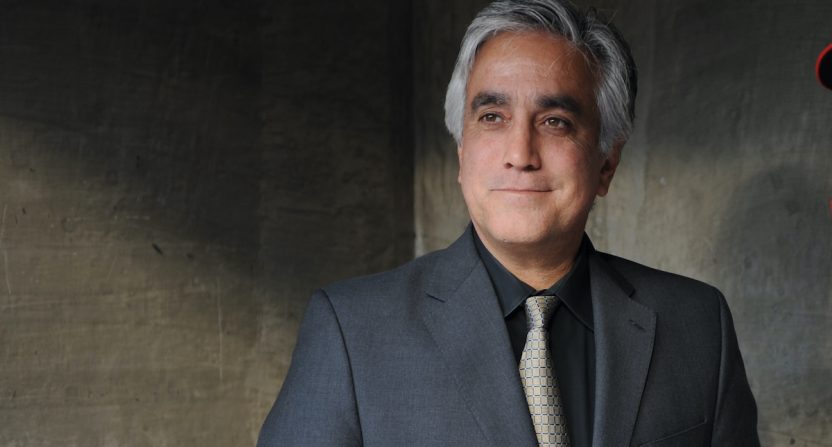 The sports media and baseball industries are reacting to the tragic news that ESPN reporter Pedro Gomez passed away unexpectedly Sunday afternoon. He was 58 years old.

Word of Gomez’s death was reported and circulated on social media as many of us were watching Super Bowl LV, suddenly reminded of life’s fragility amid one of our culture’s biggest diversions. In light of the news, love for a genuinely kind person and respect for his work were the prevailing sentiments among those expressing shock and condolences.

Pedro Gomez was one of the nicest and warmest people I ever encountered during my time at ESPN. This is just brutal. My heart goes out to his friends, family and loved ones. https://t.co/tDpOwUybFA

Pedro Gomez did something for me I’ll never forget. He reached out to me because he knew I was hurting, knew my family was hurting & he truly wanted to help. Crazy thing was we’d only talked 1 time before that. Rest Easy great man. Heaven got a winner!

Late Sunday night and early Monday morning, many of Gomez’s media colleagues shared their feelings and cherished memories, some of which came with poignant stories.

I'm so saddened over the loss of Pedro Gomez. One of my favorite College World Series memories was hanging out with Pedro in Omaha back in 2016. He was there to see his son play for Arizona, just a proud dad. I always loved this photo in the @OWHnews. pic.twitter.com/eLBo1jbRnG

Several, such as ESPN’s Jeff Passan, were reminded of Gomez’s 2016 appearance on SportsCenter with Scott Van Pelt during which he got emotional talking about what his visit to Cuba meant for him and his family.

This is from Pedro’s trip to Cuba in 2016. If you want to know who he was, just watch this video. He loved his family, his heritage, baseball. He was just full of love for everyone. pic.twitter.com/zc6oFACPMo

That pride in his family, upbringing, and heritage was also cited by Bob Ley.

More than an elite journalist, Pedro Gomez was a good and decent man, so proud of his family, and his heritage. His loss is a hammer blow to all who knew this life force. Send one up tonight for his family and friends.

Keith Olbermann typically draws headlines for who he rips on social media. Yet he was effusive in his praise for Gomez, who set an example that so many could follow.

There are many extraordinary words on here about Pedro Gomez of ESPN. His humanity is extolled; his fatherhood; his kindness.

But what captures him is the dozens of us who have written the same thing: he treated me as if I were his best friend.

What more could one hope to be? pic.twitter.com/WifE0WbEwQ

Gomez’s Latino colleagues at ESPN made sure to mention how inspiring he was as a mentor and how his work opened the doors for many others to write and appear on TV for the network.

Pedro Gomez was an unbelievable person. I’m forever grateful for his friendship.

He was a trailblazing journalist. He opened the door for Latinos in sports tv.

I can’t even explain how sad I am right now. Rest In Peace, Mi Hermano ?? ?? https://t.co/hxMLWotLRP

Naturally, many of Gomez’s fellow baseball reporters remembered the conversations they had with him in clubhouses and press boxes when their paths crossed during a season.

Pedro Gomez never classified players according to their status, or media colleagues by the outlets employing them. He included everyone in his extended baseball family. We bonded over our love for international baseball. We'd talk in Spanish, and he'd offer feedback. (1/2)

Pedro Gomez was a fearless reporter who was also as friendly as anyone in the press box. We had similar musical tastes and he’d send me videos from concerts, whether he was seeing the Cure, Squeeze, the B-52s or OMD. Man, I will miss those texts and I will really miss Pedro.

First yr. covering Cactus League in 2010, Pedro Gomez told me to call him if I ever needed to know where to eat, shop, where not to go, etc..then he joked, "or, if you ever need bail money, ha ha!" When camp ended, going through airport security at 430 AM, I somehow managed (1/3)

Howard Bryant posted a particularly heartening story in a Twitter thread about the time Gomez stuck up for a reporter covering a baseball team for the first time and facing the wrath of manager Tony La Russa.

1) For the 2nd time in three weeks, I'm breaking Twitter hiatus to tell a story of a great person we've lost. ESPN's Pedro Gomez: Sept. 18, 1993, I covered high schools for the Oakland Tribune, but the paper gave @JHickey3 a few days off, and sent 24-yo me to cover A's-CHW.

In another Twitter thread, T.J. Quinn remembered Gomez’s fearlessness as a columnist, pointing out uncomfortable truths and saying what needed to be said even when it contrasted with fans wanting to praise and celebrate players.

Here's the thing I want to share about Pedro. He wasn't fearless. He was completely human. But he had more honor and courage than fear, and that propelled him to do some of the bravest things I ever saw in this business. 1 https://t.co/pvMsXYzCtR

And several major league players mourned for a reporter who they enjoyed talking to, with whom they enjoyed working. Those conversations weren’t always just about baseball business, either. As the relationship between athletes and media has become increasingly strained — or detached, in the era of COVID-19 — baseball players remembered Gomez fondly.

Pedro Gomez was one of the kindest and most genuine people you’d ever come across in our game. We were all better off for knowing him personally and professionally. My deepest condolences to his family. What a terrible loss for our baseball community.

Heartbreaking news. Always enjoyed the conversations every time he’d come through the clubhouse. He’ll be missed by all. Prayers with his family ?? https://t.co/ITpmqY2JpJ

RIP Pedro Gomez. All of the amazing tributes/stories coming out are very telling of who he was and what he was all about. Lots of shared heartbreak, he will be missed by everyone. He had just reached out to me after the trade with words of encouragement ?

Just the worst way to end the night.. One of my favorite reporters who became a friend off the field. Loved talking about his son who plays, and just a genuinely damn good person. This one hurts. https://t.co/PegWEN7nfN

Gomez’s sudden death is a tremendous loss for family, friends, and fans. Those who worked with him, befriended him, benefited from his generosity and time, and enjoyed reading and watching his work for ESPN, the Arizona Republic, San Jose Mercury News, Miami Herald, Miami News, Sacramento Bee, and San Diego Union-Tribune already miss him deeply.