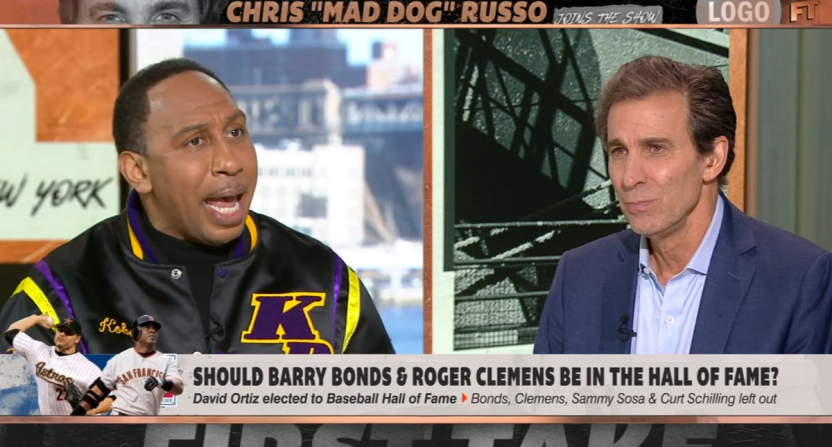 Things went well, from ESPN’s perspective, and it felt at the time like Russo was destined to return to the show.

ESPN has to be pretty happy with how Chris Russo on First Take has gone. Keep an eye on how quickly they bring him back on.

The network agreed, as they announced today that not only will Russo return to First Take, but he’ll also be joining on a permanent basis, appearing every Wednesday starting in March. In addition, he’ll make his return appearance next Wednesday, February 16th.

Wednesday, Feb. 16, SiriusXM host Chris “Mad Dog” Russo will join Stephen A. Smith and host Molly Qerim on ESPN’s signature morning debate show, First Take for the full two hours (10 a.m.-12 p.m. ET). Russo will then return for weekly appearances every Wednesday beginning March 2. Smith and Russo will bring their wide-ranging expertise and go head to head on the day’s trending topics, issues and under-the-radar stories both on and off the field.

“In January, First Take aired its most-watched episode ever and fans are continuing to turn to the show for can’t-miss reactions to big time moments and breaking news,” said Norby Williamson, ESPN executive vice president & executive editor, production. “We couldn’t be more excited to add another marquee name in Chris “Mad Dog” Russo to our weekly rotating lineup and further build this momentum going forward, providing viewers with the best possible debates, topics and content.”

The decision not to replace Max Kellerman with just one co-host for Smith (in addition to Molly Qerim, of course) has worked out about as well as ESPN and First Take could have hoped. It was clearly intended to keep things fresh, both for Smith and for viewers, and it’s allowed ESPN to try out a variety of talent in the role to see who works and who doesn’t.

Clearly Russo hit those metrics, and here we are.