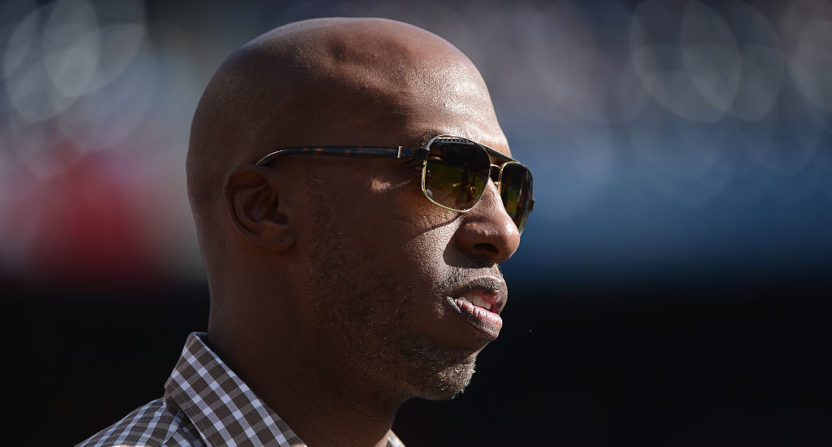 On May 12, ESPN announced that Chauncey Billups had signed an extension to stay on at the network as an NBA Countdown analyst.

Now, only five weeks later, Billups is reportedly the leading candidate to run the Cleveland Cavaliers’ front office, after the team parted ways with David Griffin on Monday.

Billups has relationship with Dan Gilbert and Ty Lue, and sources say will be considered as President of Basketball Ops who'd make GM hire.

Last month, Billups reportedly interviewed to become  Hawks general manager, but Atlanta eventually went with Golden State Warriors assistant GM Travis Schlenk. Even then it seemed a bit outlandish to expect Billups—with zero management experience—to take over the Hawks’ basketball operations, and the Cavs job is a whole different beast. Cleveland has title aspirations entering next season and is currently in the midst of high-stakes trade talks surrounding Jimmy Butler and Paul George. Billups would have to step in immediately and oversee a roster that’s capable of beating the Golden State Warriors immediately.

Billups would be a substantial loss for ESPN. The former point guard has settled in nicely as a Countdown analyst, developing strong chemistry next to Jalen Rose and Michelle Beadle. He’s smart and measured in his opinions and brings a useful perspective as a recently retired ex-player who faced most current NBA stars. ESPN has struggled for years to fill out its Countdown lineup, and now that they might have a promising set of analysts, one of them could be on his way out.

If Billups does leave, look for Paul Pierce to fill his spot. The Truth has not yet signed with ESPN, but he offered guest analysis in the postseason, and reports are that he could soon get a full-time gig.

The fact that Billups seems seriously interested in parting with ESPN so soon after his extension is a useful reminder that former-player analysts are fickle. For every Jon Gruden there’s a John Lynch, and for every Jeff Van Gundy there’s a Steve Kerr.