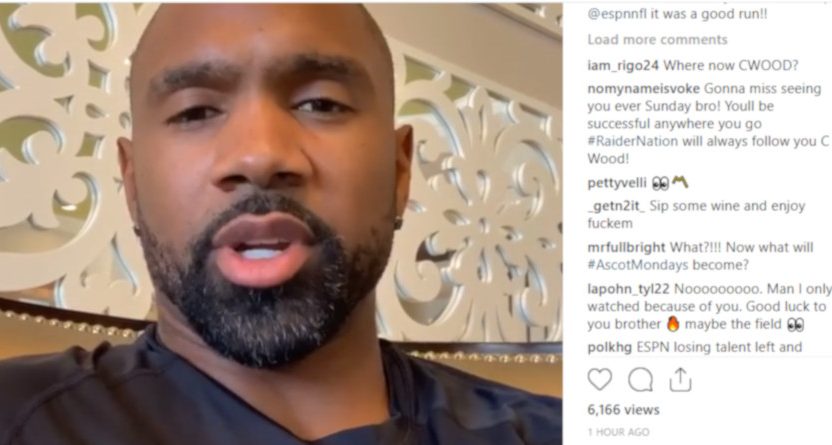 Thursday saw a significant shakeup in the ESPN analyst ranks, with Charles Woodson leaving the company. Andrew Marchand of The New York Post wrote that “In what could be the start of the reimagination of ESPN’s “Sunday NFL Countdown” format, Charles Woodson is out, sources tell The Post.” And after Marchand called ESPN for comment, Woodson put out an Instagram video thanking ESPN management and his colleagues for his time there. Here’s that video:

Many thanks to @espn @espnnfl it was a good run!!

“What up, everybody? I wanted to send a quick thank you today to the Worldwide Leader in Sports, ESPN, for the last three years, giving me the opportunity leaving out of the NFL to work in television. It’s been a wonderful three years, it’s been a blast. I’ve learned a lot, had a lot of fun, gained some great friends. I appreciate Sam [Ponder], Randy [Moss], Matt [Hasselbeck], Rex [Ryan], the whole crew, all the guys, Matt, Chad, love you all, man, I’ll see you all around. And for everybody out there that tuned in and watched me every week, I’ll see you next season. Somewhere. Stay tuned.”

But the show has had some ratings struggles, and while it’s unclear how much (if any) of that is about the current personnel and how much is about declining NFL ratings in general and declining pre-game show ratings in general, there’s maybe some incentive for ESPN to shake things up a bit. We’ll see who they wind up tabbing to replace Woodson, and where Woodson winds up.