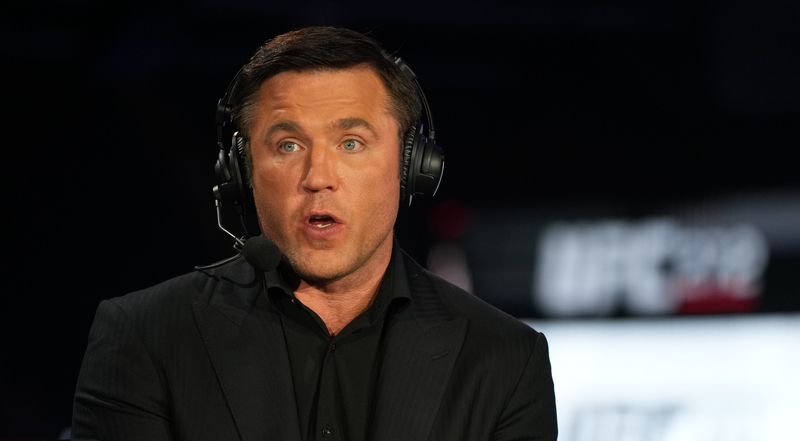 Criminal charges have been laid against ex-MMA fighter and current ESPN analyst Chael Sonnen over a December incident, and ESPN has put out a statement that Sonnen will not appear on their platforms while they investigate. Here’s more on what happened, plus that statement, from an ESPN.com story on this by Marc Raimondi:

Retired UFC fighter Chael Sonnen is being charged with 11 counts of battery, including a felony, stemming from a Dec. 18 incident in Las Vegas, according to court records. The felony is being classified as battery by strangulation.

Sonnen received five battery citations initially in the case, but those were dismissed in January without prejudice, which means the charges can be re-filed. A new criminal complaint was filed by the Clark County District Attorney with Las Vegas Justice Court on March 16, according to court records.

Sonnen currently works as an MMA analyst for ESPN. “Chael will not appear on ESPN as we explore the details of these serious charges,” the company said in a statement.

TMZ was the first to report these refiled charges, and they have a video of Sonnen being led away in handcuffs on Dec. 18. They also have more on what happened with those first citations:

In the docs, officials accuse Sonnen of roughing up six people — including one woman — during some sort of altercation at a Vegas hotel on Dec. 18.

Officials say in the docs Sonnen choked a man, punched and/or struck a woman, and punched and/or kneed others in the head and face during the incident.

…As we previously reported, Sonnen had initially been slapped with 5 battery citations over the alleged fight … but a judge in Nevada dismissed the case in January after the Clark County District Attorney told us “the citation’s notice to appear failed to comply with the legal requirements as set forth by Nevada law.”

The case was dismissed in January “without prejudice” — meaning the state could refile the charges if they chose to — which it clearly opted to do earlier this month.

Steven Marrocco and Shaun Al-Shatti of MMAFighting.com wrote a Dec. 20 piece on this with some details on the incident from Las Vegas police:

Police responded to the Luxor Hotel and Casino this past Saturday at 7:33 p.m. after a report of a fight and determined Sonnen had committed a misdemeanor battery against five separate victims, Las Vegas Police Public Information Officer Larry Hadfield wrote in a statement to MMA Fighting on Monday.

“Sonnen was issued a battery citation for each individual victim, then escorted off property,” Hadfield wrote. “Due to the fact the misdemeanors were committed outside of a police officer’s presence, an arrest was not conducted.”

Sonnen has been working for ESPN since 2014. His work there includes hosting The Chael Sonnen Show With Jorge Sedano on ESPN+ and appearing across ESPN platforms around events (including at UFC 272 earlier this month, as seen at top). He has also worked for Fox Sports and called fights in the UFC, Bellator and other promotions. His first court date on these charges is set for April 27. We’ll see how ESPN’s look into these charges goes, and if/when Sonnen returns to ESPN platforms.