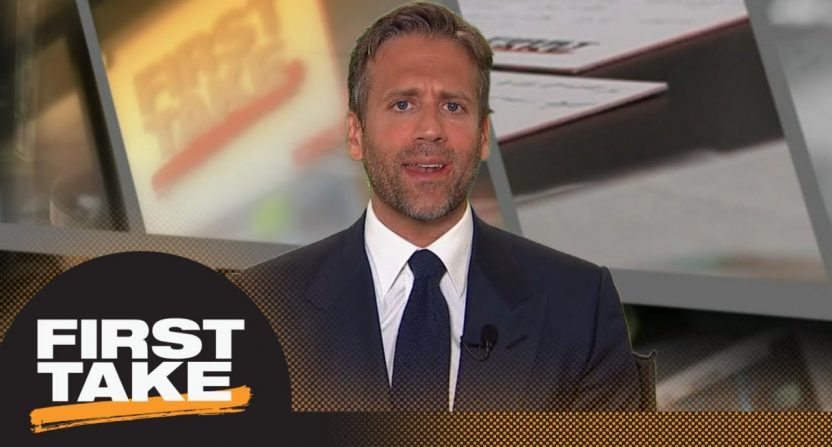 Even though Monday was a holiday with Labor Day, it doesn’t mean that the talking heads were taking a day off from delivering preposterous hot sports takes.

And where else would you find such takes but the enduring cauldron of ridiculousness that is ESPN’s First Take. In a debate entitled “Who is the most electric athlete in history?” (which, why wouldn’t you trust the minds behind First Take to finally deliver the definitive answer to that question), co-host Max Kellerman took it upon himself to… denigrate the thousands of track and field athletes across the world?

Kellerman argued that A) track is not really a sport because it’s too broad and just focused on fast-twitch muscles, and B) “track and field stars are usually failed football and basketball players.” Sure, why not! That sounds like a hot enough take for a long holiday weekend.

ESPN’s Max Kellerman says track is not a sport and you only get into it because you’re a failure of an athlete and not tough enough…dumbest thing I’ve ever heard. pic.twitter.com/xRpiMO0Lnn

Yes, all those sprinters and hurdlers who win gold medals and worldwide fame aren’t the real athletes because they don’t play for the Cowboys or Lakers and thereby don’t exist within the canonical First Take universe.

One person who saw straight through Kellerman’s absurdity was nine-time Olympic gold medalist and legendary track and field star Carl Lewis. You may have heard of him even though he didn’t play football or basketball. Lewis ethered Kellerman in his response, calling Kellerman out for just trolling for attention.

Well isn't @maxkellerman special. You take your privilege filled with failure, and troll just for attention. We've seen this movie… say more and more until you've gone to far. The sad thing is that you're the last to know. Athletes strive for excellence. And then we have you. https://t.co/uFqHC1ZrqP

Privilege filled with failure? That’s a pointed criticism if there ever was one. Of course, whenever you write about First Take, you risk the show getting the attention it so desperately craves. But maybe it’s at least worth calling out the fact that even though Skip Bayless has been gone from ESPN for years, First Take is still capable of some reality-bending stuff.

The ancient Greeks had Socrates, Plato, and Aristotle. We have Bayless, Stephen A., and Kellerman. Advantage: ancient Greece.