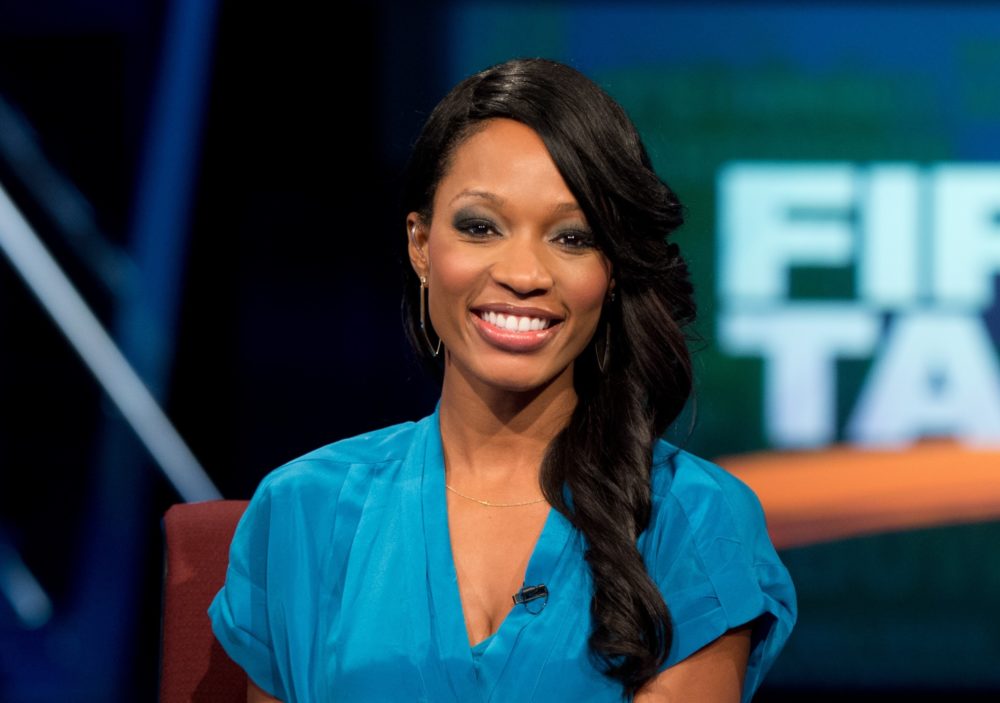 With Michelle Beadle headed to join Mike Greenberg on his new “Get Up” morning show, ESPN needs a new host of “SportsNation,” and the network seems to have made its pick.

According to The Big Lead, ESPN is finalizing a deal with “SportsCenter” anchor Cari Champion that will see her shift over to “SportsNation,” which airs weekdays at 3:30 p.m. ET on ESPN. That move is reportedly not imminent, as “Get Up” has been reportedly pushed to the spring due to construction delays on ESPN’s new New York studio.

This report certainly does not come as a surprise. Champion has been on an upward trajectory at ESPN for years, and she seems like a logical candidate to slot in as “SportsNation” host. In October, Fox Sports’ Charissa Thompson seemed to let slip that Champion was he likely replacement for Beadle. Champion currently hosts the Coast to Coast edition of SportsCenter, but with ESPN rearranging its daily programming lineup next year, that show could be in jeopardy anyway.

“SportsNation,” which has undergone a fair amount of personnel turnover since beginning in 2009, currently features Beadle, Marcellus Wiley, and LZ Granderson. Beadle has been something close to a constant on “SportsNation,” hosting from 09-12, then returning in 2014 after a brief tenure at NBC.

On “Get Up,” Beadle will work alongside Greenberg, Beadle, Jalen Rose and possibly a fourth host with NFL and college football bonafides. It is currently unclear what exactly that show will look like or what the division of responsibility will be among its hosts.

Beadle and Champion’s latest moves seem to fit ESPN’s vision for a future with more talk and fewer highlights. With another round of layoffs coming and “SportsCenter” anchors and producers expected to take the brunt of the damage, it’s not as if the network needed Champion to stay where she is now. As ESPN shifts its content strategy, its personalities will continue to shift roles accordingly.