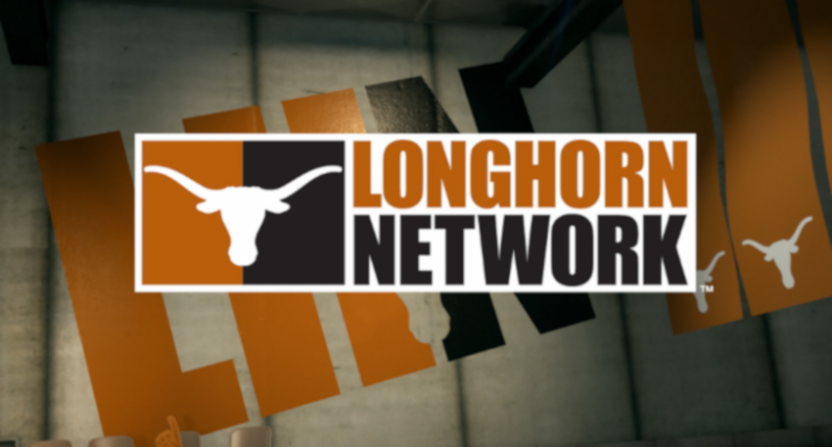 ESPN president (programming and original content) Burke Magnus is one of the most important people in the sports media world, especially when it comes to rights deals (and, in the college sports world, to the conference realignment that often takes place around those rights deals). So it’s certainly notable when he’s willing to speak candidly about certain media topics, as he did on the  Marchand and Ourand Podcast this week with John Ourand of Sports Business Journal and Andrew Marchand of The New York Post. We already covered what Magnus said about why ESPN turned down the Big Ten package they were offered, but there were some other interesting things he said, and one is shown off in this clip Ourand tweeted Friday of Magnus’ remarks on Longhorn Network being “folded in” to SEC Network once Texas and Oklahoma join the SEC:

ESPN will fold Longhorn Network into SEC Network when Texas joins the conference.

Here’s a full transcription of what Magnus says in that clip (part of the full podcast, available here), in response to Ourand’s question about what’s ahead for Longhorn Network after that Texas move:

“Ultimately, that will be folded into the SEC Network. All that content that you find on the Longhorn Network is sometimes called third-tier, sometimes called institutional. It is the content that, like any other SEC institution, would be expressed through the SEC Network. So what we don’t know there is the precise timing on Texas and Oklahoma. Obviously, if they run their course, which we’re perfectly fine with, it’s 2025. If it’s something before that, that has to change your timing on that process at well. But at its essence, those two things come together.”

It’s not incredibly surprising that Longhorn Network will go away after this move. As Magnus notes, the live game rights they have (which are really the key part of any sports network these days) are similar to the rights that SEC schools air on SEC Network (and its alternate feeds and authenticated streaming through SEC Network+), so many predicted that Texas to the SEC would spell the end of that. Similarly, the Oklahoma third-tier rights that used to be with RSNs and pay-per-view and moved to ESPN+ in a deal struck earlier this year seem likely to wind up distributed on SEC Network and its own  authenticated streaming after the Sooners join the SEC (as the SEC deal with its schools includes third-tier rights, unlike the Big 12’s).

And Texas AD Chris Del Conte did seemingly offer institutional confirmation of the upcoming end of LHN with his remarks at a booster event in May. So this has been coming for a while. But ESPN was not necessarily forced to shut LHN down, as while Texas’ third-tier rights would have gone to SEC Network, both LHN and SECN are under the Disney/ESPN corporate umbrella, so a trade could have been presumably worked out if they thought it was worthwhile to keep a separate Texas linear network. LHN’s distribution challenges mean that likely wouldn’t have made financial sense (and there might have been questions from Texas’ new conference mates of ‘Why do they get a school-specific network when we only get a conference one?’), but that possibility means it’s still quite notable to have Magnus on the record that LHN is going away.

And LHN getting “folded in” to SECN matters for a few reasons. One is for jobs, as it’s certainly not clear that all personnel currently with LHN will be offered roles at SECN or elsewhere at ESPN. Another is for cable and satellite channel lineups and distribution agreements, which will experience some change once LHN signs off. There is also some potential programming loss, as the school-specific LHN tends to carry a little more school-specific content (especially on linear), as it’s a network solely devoted to one school rather than SECN’s current 14 (which will rise to 16 after these additions). But an upside of this for Longhorns’ fans is that some of what had aired on LHN will now be on the better-distributed SEC Network, so Texas fans who couldn’t get LHN and could get SECN will now have more access to this content. But this will still be a notable change on several fronts.

The other important thing Magnus says there is the “what we don’t know there is the precise timing on Texas and Oklahoma” remark. Earlier this summer, ESPN president Jimmy Pitaro told Richard Deitsch of The Athletic (on Deitsch’s Sports Media Podcast) that they’re adding 14 SEC out-of-conference games per year (one per team) under the new deal that begins in 2024, with that rising to 16 in 2025 with Texas and Oklahoma. Many wrote that up as Pitaro firmly saying the Longhorns and Sooners won’t join the SEC until 2025. Here’s the full writeup from Deitsch of what exactly Pitaro said:

Pitaro: So just in case anyone doesn’t know what the heck we’re talking about here. In 2024, we will add on to our game inventory with the SEC first pick (for football) every week. That has been the 3:30 p.m. ET broadcast window on Saturdays (on CBS). In addition, we’ll have the conference championship game. We’ll get an additional nine marquee SEC basketball games. We’ll have one out-of-conference SEC football game per team per year. So once Texas and Oklahoma are in (in 2025), we’ll have 16 out-of-conference games. In the 2024 season, it would be 14 games. That’s the deal we struck with the SEC.

Yes, Pitaro is specifically saying the current plan is for 14 games in 2024 and 16 in 2025. But as we’ve seen on other fronts recently, it can be worth carefully parsing quotes; Pitaro is saying that the current ESPN plan is for Texas and Oklahoma in the SEC beginning in 2025, and only 14 teams and 14 out-of-conference games in 2024, but he isn’t saying exactly “Texas and Oklahoma cannot join the SEC before 2025.” (And ESPN presumably very much wants the Longhorns and Sooners there as soon as possible, as that move seems great for them; it gives them full Texas and Oklahoma rights, not the current Big 12 split they have with Fox.)

The Texas-Oklahoma move’s timing is presumably much more about those schools and their contracts with the Big 12 than it is about ESPN. Granted, it’s not inconceivable ESPN could throw in some financial help if the idea of the Longhorns and Sooners in the SEC early seems worth it to them, but they’re not likely a primary negotiator here. So it makes some sense that Pitaro stuck with the timeline there everyone has stated so far. But Magnus’ comments here suggest a little more uncertainty, and a little more possibility for an early move, than ESPN has previously discussed. That doesn’t mean ESPN is pulling the trigger on that move, but it’s interesting to hear someone as plugged in as Magnus indicate that the precise timing is yet uncertain. So that will be worth keeping an eye on, both for the date of the end of Longhorn Network and the many other effects that will happen when those schools join the SEC.

[John Ourand on Twitter, The Marchand and Ourand Podcast]