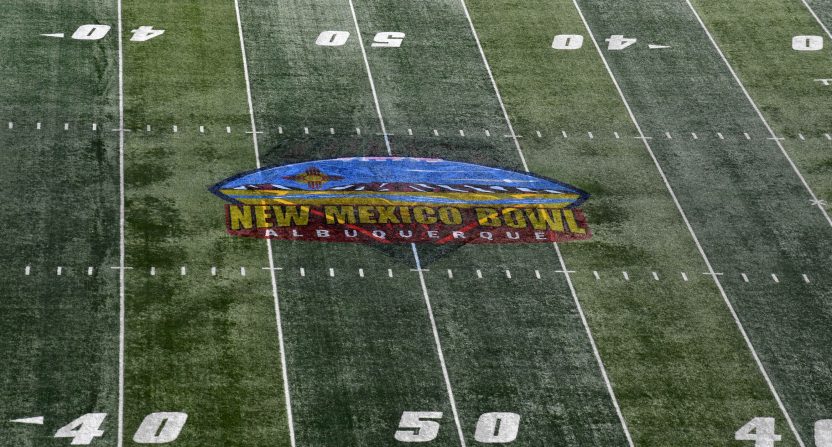 While college football airs on ESPN, CBS, Fox, and NBC (among many other networks) each Saturday in the fall, bowl season is a different story. A good third or so of the bowl games are owned and operated by ESPN Events, and the New Years Six and College Football Playoff games are in the midst of a 12-year TV deal with ESPN worth billions.

Of the remaining games, most still air on ESPN’s networks, though Fox and CBS still wet their beaks. In each of the last three seasons, there were 40 FBS bowl games, and 35 of those aired on ESPN’s networks. CBS got three games (though just one, the Sun Bowl, aired on the CBS broadcast network), and Fox got a pair (one on Fox, one on FS1).

But this season, the pandemic is throwing a wrench into college football’s plans. Three new bowls were added, and of those three, one (the LA Bowl) was cancelled, one was moved to Alabama for one year only (the Fenway Bowl), and one is still scheduled as planned (the Myrtle Beach Bowl). Another eight bowls (and counting) have been cancelled, slicing the schedule down to 34 bowl games.

This is bad news for CBS and Fox, because of those eight cancelled bowls, three aired on CBS (Sun Bowl), Fox (Redbox Bowl), or FS1 (Holiday Bowl) last year. Another game that aired on CBS Sports Network last year, the Cure Bowl, was hoovered up by ESPN Events in the spring and will air on ESPN this year.

This means that of the 34 bowl games, just one airs on a non-ESPN network. That one game is the Arizona Bowl, which takes place at 4 PM ET on December 31st and will air on CBS Sports Network. Naturally, it airs head to head with the Liberty Bowl on ESPN, one of three consecutive bowl games the network will air on New Year’s Eve.

At the risk of sounding obvious, I don’t think it’s a good that that all (but one) bowl is airing on the same family of networks. It makes life somewhat easier for fans (hey, that bowl game that’s on now…it’s probably on ABC or ESPN. Or maybe ESPN2), but one network dominating the bowl landscape really drives home the feeling that 85% of these games exist for no reason other than to draw out the college football schedule longer through December.

I don’t know how realistic it is, but I’d like to see CBS, Fox, and even NBC try to get more aggressive with bowl game rights. Naturally, the existence of ESPN Events gives ESPN a healthy edge when it comes to new bowl games, but there is no reason for mid-tier bowls not under the ESPN Events umbrella to at least explore jumping to another network. Would a bowl game prefer to be one of the postseason highlights for a network, called by its top announcers and getting a lion’s share of the marketing, or would it prefer to be part of the larger bowl week extravaganza? To date, it seems like most bowls are preferring the latter, but it sure would be fun if more networks at least tried to expand their offering of bowl games each year.