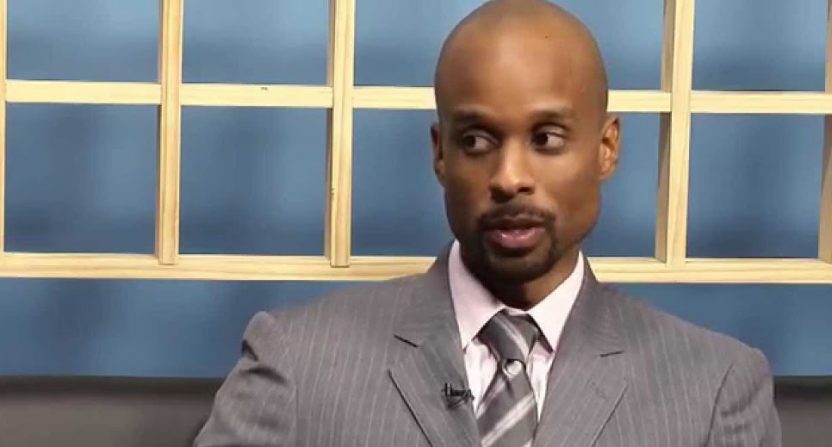 There’s been a lot of discussion of ESPN’s self-admitted inconsistent discipline policies over the years, and it’s never been particularly clear what is and what isn’t crossing the line at the company. That’s especially true with the rising tide of political discussion around ESPN, and with social media policies that would cause a whole lot of disciplinary actions if they were enforced to the widest extent possible (which they aren’t). And one of the most notable things about a detailed Eve Ewing profile of Bomani Jones in GQ, which comes ahead of the June 4 launch of Jones’ long-anticipated High Noon show with Pablo Torre, is how it has Jones somewhat backing off a bold 2015 claim about discipline he made to Mark Leibovich for a New York Times magazine profile.

At that point, Jones said “I don’t think anybody at ESPN is going to get in trouble for saying something that is factually undeniable.” That was in response to a question about how he avoided criticizing ESPN itself, but it has some broader implications. And he had an interesting response to Ewing bringing up that quote, perhaps made even more notable by their conversation happening in October, shortly after ESPN suspended Jemele Hill for suggesting that fans unhappy with Jerry Jones could boycott the Dallas Cowboys’ sponsors.

I asked Jones if he still believed that to be true today, in a conversation that took place two weeks after ESPN had suspended Jemele Hill for what they called two violations of their social media guidelines—first, when she stated that Donald Trump “is the most ignorant, offensive president of my lifetime. His rise is a direct result of white supremacy,” and then when she said that fans who disagreed with Jerry Jones about the national anthem protests should “boycott his advertisers.”

Jones worded his response carefully, looking past me for a moment at the mirror behind my head. “I think where things have changed from what I said [in 2015] to what I’m looking now at, is I never imagined that something factually true could prove to be as inflammatory as things that are factually true have proven to be.” As for his own ability to strike a balance between speaking his mind and keeping his job, Jones is unfazed. “Perhaps it’s because I have the arrogance to believe that I can figure this out.” He acknowledges that the response to Hill is “absolutely colored by the fact that she is a woman…and a black woman, at that.”

This response is interesting, as it shows how Jones’ thinking here has evolved and how the landscape has changed. There’s an argument that his initial quote was never quite true, as people at ESPN have gotten in trouble for things many would consider factually undeniable (the Bruce Feldman saga in particular comes to mind), but it’s certainly even less true now. Moreover, “I was just stating facts” has never been an airtight defense against controversy; that’s a defense against defamation (but mostly just in the U.S.), but it’s quite possible to create a giant controversy without committing defamation and without saying anything other than facts.

But while facts have always had the power to inflame (plenty of objectively true statements can provoke quite the reaction, depending on the context in which they’re made and on the conclusions people draw from them), there’s perhaps even a higher chance of that in today’s political climate, and in a landscape where tons of right-wing critics (some associated directly with a competitor) are looking for excuses to blast ESPN as “political” and “liberal.” Given that Jones is about to get a much higher profile with his own TV show, he will need to be careful with what facts he states and how he does so. His comments about his changing thinking here make it seem like he’s well aware of that. And it’s perhaps significant that other recent interviews he’s done have spoken to how he has no plans to “ramrod politics into your sports discussion;” he hasn’t necessarily ever done that, but he appears well aware that there are tons of critics looking to paint him as political, and seems to have plans to try and avoid that.

The TV show is a notable element, too, and it’s one that makes it likely we’re going to see a whole lot more talk about Jones in the coming months. It seems significant that so much of the “ESPN is political!” backlash focused on Hill, and to a lesser degree, co-anchor Michael Smith and SC6 as a whole. Yes, some of her comments (the ones on Trump in particular) may have gone further than any other ESPN personality, but Hill is far from the only ESPN personality who’s regularly discussed issues related to politics on Twitter; others have taken bold and controversial stances there too and received only a fraction of the external or internal backlash.

Some of that is likely because Hill is a black woman, as Jones, FS1’s Nick Wright and others have noted, but some of it was also thanks to the TV profile. Regardless of if people actually watched her show or not, there was a lot more backlash against her when she had a prominent TV role than before or afterwards. And that seems likely to be the case with Jones, too. He created a much greater controversy with the “Caucasians” shirt in a Mike and Mike appearance than with anything he’s said on the radio, even if as he told Ewing, he “never thought of it as being really astoundingly controversial.” (And it’s well worth reading to the end of Ewing’s piece for an anecdote that illustrates some ESPN inconsistency there, and how some controversial facts and logos are considered fine while others aren’t.)

It seems probable Jones is going to be under an even higher microscope once High Noon debuts, and it’s already clear there are plenty of people rooting for him to fail and looking for any slipup. Ewing’s piece illustrates that he’s aware of that, though, and that he’s moved on from the idea that ESPN won’t punish employees for stating facts. During his ESPN career so far, Jones has done very well at tackling difficult topics without generating too much controversy or too much internal punishment, and it looks like he’s prepared for the bigger spotlight that’s going to come with a daily TV show, and for the backlash that’s likely to accompany it. We’ll see how he does.

[GQ; photo from a 2014 interview Jones did with a Tallahassee Community College TV station]