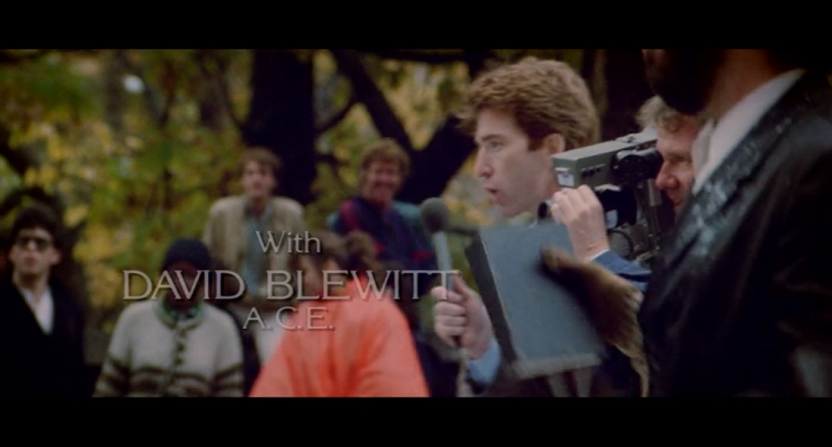 Bill Walton is basically a living, breathing, seven-foot tall non-sequitur, and his usual broadcast partner Dave Pasch is tasked with steering him back on topic, or closer to it.

Last night, though, the roles flipped a bit, as Walton casually mentioned he was in Ghostbusters.

Pasch, apparently a big Ghostbusters fan, spent a few minutes trying to figure out how Walton could have been in the film:

“Were you the Stay Puft Marshmellow Man?”

“You weren’t in Ghostbusters.”

“Watch what you say…”

Given the fact that it’s Bill Walton, Pasch’s skepticism is reasonable, although also given the fact that it’s Bill Walton, anything is possible. After Pasch says he’s seen the film a hundred times, Walton teases that apparently he needs to watch to the end. That was the key, as a Reddit user found Walton in the background of the credits scene, about 1:39 into the movie (which is on Netflix, if you want to find it for yourself):

So, after already learning that Walton trounced Phil Esposito and Dick Butkus on Wheel of Fortune, we’ve now also learned he was in Ghostbusters.

Somehow it all fits together, too.