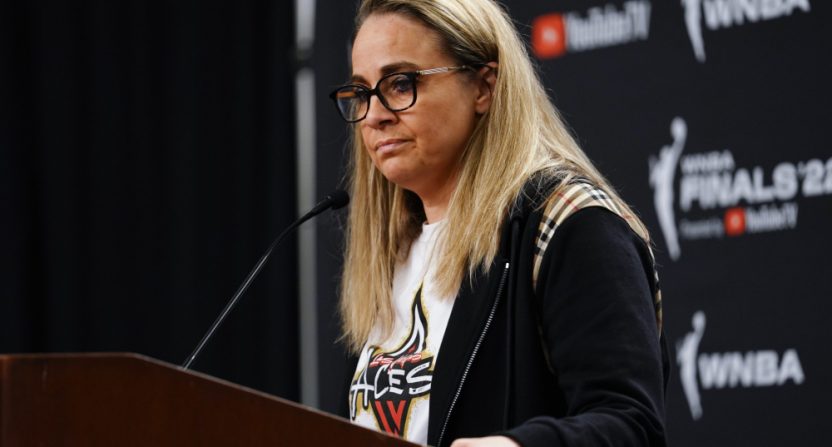 On Wednesday, ESPN announced that Las Vegas Aces head coach Becky Hammon would be joining the company as an NBA studio analyst for the rest of the 2022-23 season.

Per the release from ESPN, her debut will come in December.

“I am very excited to contribute to ESPN’s coverage of the NBA this season,” said Hammon. “It will be a lot of fun working alongside ESPN’s talented roster of broadcasters and having the opportunity to talk about the game that I love so much.”

Hammon, the 2022 WNBA Coach of the Year, will contribute to pillar NBA shows, including Get Up, First Take, SportsCenter and NBA Today.

Hammon coached the Aces to the WNBA Championship in 2022. Prior to that, she was an assistant to Gregg Popovich on the staff of the San Antonio Spurs.

I don’t have much of a take on this, but while we’ve seen plenty of current players from the sports world make regular appearances on various studio shows, I can’t think of many active head coaches doing it.