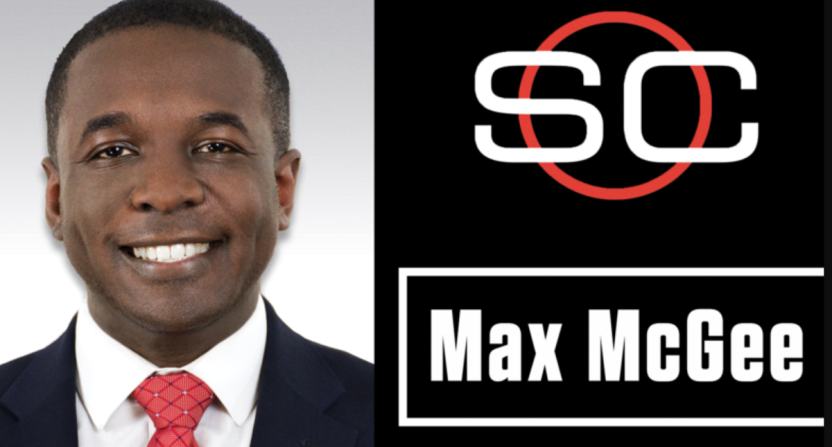 ESPN has a new member of the SportsCenter rotation: Baltimore news and sports anchor Max McGee.

McGee comes to ESPN from WJZ-TV, the CBS affiliate in Baltimore, Md., where he was a news and sports anchor for the past three years. McGee covered Baltimore’s professional sports teams, University of Maryland sports and breaking news.

“I’m so fired up to be with the best in the business,” said McGee. “Every stop in my career has helped prepare me for this, so I’m eager to get started.”

Prior to moving to Baltimore, McGee was a sports and news anchor at WMBF-TV, the NBC affiliate in Myrtle Beach/Florence, S.C. He began his television career as a reporter and producer at KPLC-TV in Lake Charles, La., where he shared an AP Award for best sportscast.

A native of Cherry Hill, N.J., McGee is a graduate of Temple University.

The Baltimore Sun reported the news this morning, with a profile of McGee by Ryan McFadden. (It’s also the best advertisement for the utility of LinkedIn you’re likely to read any time soon.)

McGee said his path to ESPN was years in the making, as he always aspired to work for the network. In late October, McGee sent a LinkedIn message to Rob King, the senior vice president and editor-at-large for ESPN content, asking for an audition.

As McGee was preparing for an audition with CBS in New York, he received the “call of a lifetime” from ESPN.

“We quickly scheduled that audition and things kind of just took off from there,” he said. “I went up to audition I think on Dec. 8 and then a few days later I got the job.”

McGee has received plenty of praise on social media in the wake of the news, too:

MY MAN!!!! This is big.
I still remember going to Chick-fil-a, buying a meal and saving half because our rent was so high in Louisiana we couldn’t afford food too. Or my mom would take a flight down to cook for us.
Those days are long over. I AM SO PROUD OF YOU @MaxMcGeeTV https://t.co/JSgR2vKJmN

SOOOO happy for @MaxMcGeeTV. an absolute must-follow as he heads to ESPN — he is incredibly hilarious and talented. I cannot wait to see him just ??? https://t.co/4JJVIiKpOC

Congratulations to Max, and we look forward to seeing him start in the new gig when he starts at ESPN on January 31st.