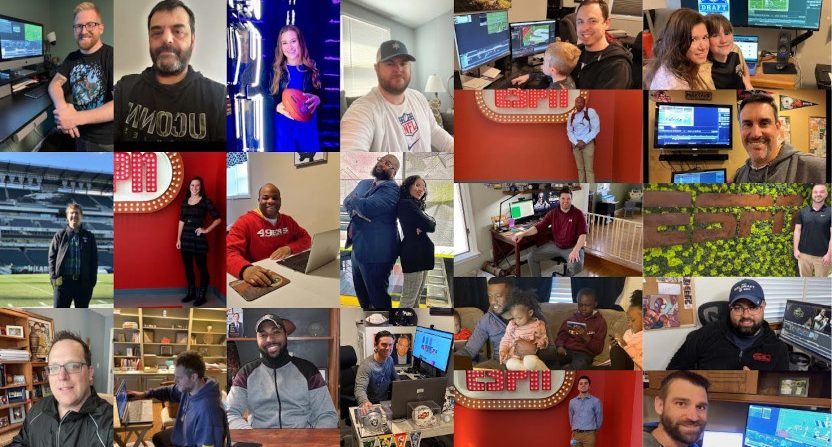 One of the fascinating parts of televised NFL Draft coverage is all the work that goes into it ahead of the draft itself. That’s perhaps especially notable with the highlight packages for individual prospects, which networks tend to play when those players are drafted as accompanying video for their analysts’ comments on the pick. There are two big challenges there: one is that the pool of players who might or might not be drafted is quite large, and the second is that that pool includes some players whose games came at schools without prominent broadcasts, making highlights of them harder to find.

On Wednesday, ESPN put out a release and a video spotlighting their approach to pre-draft video packages. When it comes to who will be picked, they’re trying to cover their bases; they’ve compiled more than 500 player highlight packages (with each of those typically comprising four to five Telestrated plays), plus around 20 more in-depth highlight packages on particular players for analysts Booger McFarland and Louis Riddick to discuss), and there are only going to be 262 picks, so their odds of having a package for most players are pretty good. But they got to that 500 number by refining an initial list of more than 1,000 potential prospects provided by their senior draft insiders, Mel Kiper Jr. and Todd McShay. Here’s that video showing their overall approach, narrated by NFL Live host Laura Rutledge and produced by Spencer Jackson and Bill Hofheimer:

A really interesting part of that release is the sidebar at the bottom, featuring senior associate producer Matt Brooks’ comments on how they obtained video for some prospects whose tape was harder to find:

Gregory Junior (Ouachita Baptist) is from a small, Division II school. Production assistant Mike Logan, who had the highlight, hadn’t heard back from school, so he DM’d Junior, who provided some highlights. Said Brooks: “That’s definitely one positive thing about social media – being able to directly contact the player. I don’t think we’ve done that before.”

Marcel Dabo (Germany) has been called the “hidden gem” of this year’s draft. His highlight was just added last week. Added Brooks: “Dabo played in the European League of Football for the Stuttgart Surge, and we heard he tested really well at the Arizona State Pro Day.” Associate producer Ikeem Boyd found some highlights on Dabo’s Instagram and associate producer Ryan Hoff also reached out to the team to get some video from them.

Highlights in general seem easier to track down in 2022 than even a decade ago, with many lower-level or international games broadcast in ways they wouldn’t have been in 2012. But it’s notable that there are still cases where that’s challenging, and it’s interesting to see some discussion of how ESPN is handling that. Here’s what that finished product looks like for Junior:

It’s definitely interesting to read about some of the behind-the-scenes work here, and about the amount of people ESPN has working on this for months (the release has a detailed list of many of the people involved). It’s another indication of just how big the NFL Draft has gotten, and how much work goes into planning for it on the network side.