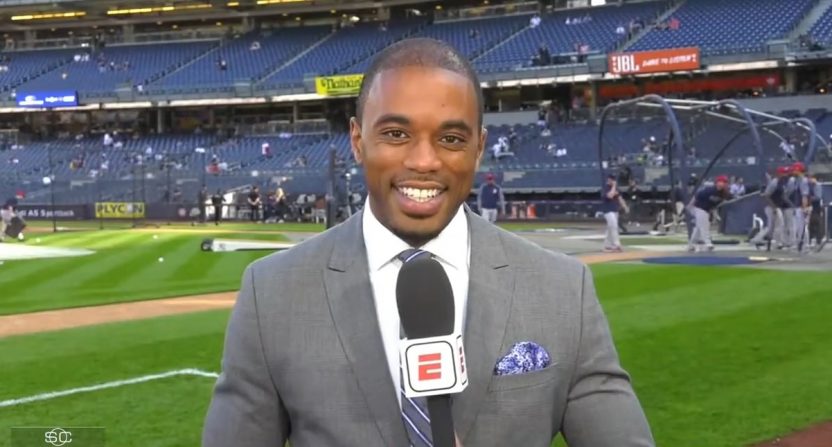 Coley Harvey’s two year stint at Fox Sports and the Big Ten Network has come to an end, and the reporter is rejoining ESPN.

On Friday, Harvey tweeted that Saturday would be his last day with the company. He served as the sideline reporter for BTN’s broadcast of Minnesota-Purdue on Saturday, working with Lisa Byington and Anthony Herron.

Some personal news: tomorrow is my last day at FOX Sports and Big Ten Network. In my two years with both, I learned a TON and made lasting friendships. I’m eternally grateful for every moment of the ride.

Before I go, one last show. Minnesota/Purdue, Noon ET Sat on BTN. Join us! pic.twitter.com/SrO9qFQyQ3

On Monday, Harvey took a page from Michael Jordan’s book to announce his return to ESPN.

MJ did it better. But … some news. pic.twitter.com/HWSbIM9500

He also wrote a blog post discussing his return and struggles during the pandemic. Prior to his departure for Fox, Harvey wore many hats for ESPN, first joining the company as a Cincinnati Bengals beat writer in 2013. He also worked on the New York Yankees beat.

His new title at ESPN is “general assignment bureau reporter,” and he’ll contribute to SportsCenter and write for ESPN’s digital platforms.

I don’t think Harvey’s return to ESPN is some sort of earth-shattering move, but we’re in favor of the company emphasizing journalism and reporting rather that hot takes.