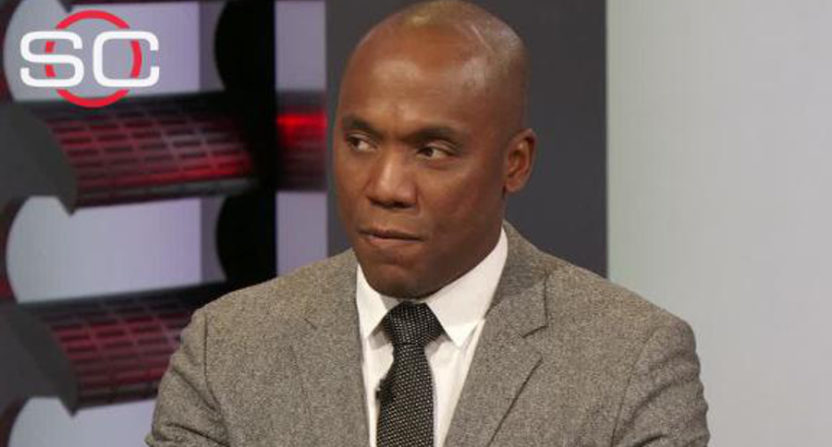 Louis Riddick did not get the job he wanted, as an analyst on Monday Night Football, but he did get a new multi-year extension and an expanded role, ESPN announced Tuesday.

Per ESPN, Riddick will now appear live on-site on the network’s MNF halftime and postgame shows alongside Suzy Kolber and Steve Young. He will also continue to appear on Sunday NFL Countdown, NFL Live and NFL Matchup, as well as SportsCenter, Get Up and various ESPN Radio programs.

“Every day Louis is on ESPN, he makes viewers smarter about football,” Seth Markman, senior coordinating producer for ESPN’s NFL studio shows, said in a release. “He has earned this opportunity to expand his already prominent role, and our MNF audience will benefit from his insights, analysis and perspective.”

Though Riddick’s new role is a good one, it’s not the one he really wanted. The longtime analyst and insider made clear in recent months, both publicly and privately, that he wanted the MNF analyst jobs that eventually went to Jason Witten and Booger McFarland. In an interview with Richard Deitsch of The Athletic earlier this year, Riddick said he considered MNF “the pinnacle of broadcasting” and that he considered a role on the broadcast a long-term goal of his.

Although Riddick did not wind up securing the job, he did receive rave reviews from play-by-play man Joe Tessitore, whom he auditioned alongside. Via The Athletic:

On ESPN front office insider Louis Riddick: “The most unique perspective of anybody who called a game, from the front office stuff and knowing the league inside and out. He didn’t just speak X/O and not just big picture but player development, technique. You can go in any direction with Lou. It does not matter. I found it fascinating to work with him.”

Riddick joined ESPN in 2013 after a career as an NFL player, scout and director of pro personnel. Over the last few years, he has established himself as one of the media’s sharpest football minds, offering both Xs and Os analysis and broader insights into how the NFL operates. His role at ESPN has grown gradually over that time, to the point where he is now a staple of the network’s Super Bowl-week team, its draft coverage and its NFL studio lineup. And his stock seems to be trending upward, MNF booth role or not.