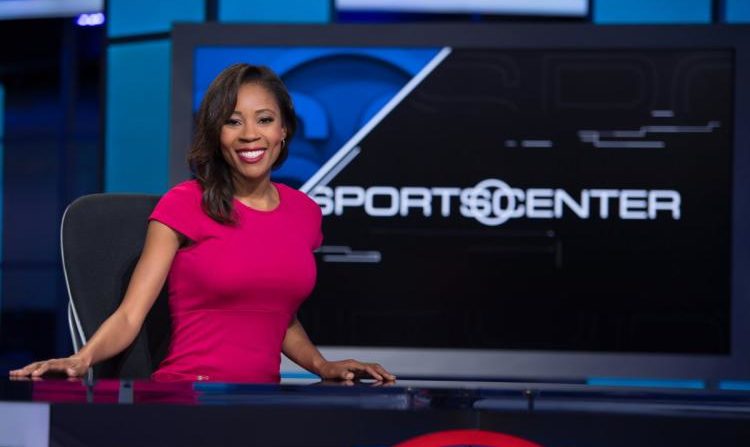 Former ESPN employee Adrienne Lawrence has responded to claims that the sexual harassment lawsuit she filed against the network was motivated by personal gain and therefore not to be trusted.

In an article published Tuesday, Lawrence told ThinkProgress’ Lindsay Gibbs that she spoke up on misbehavior at ESPN not out of bitterness or greed, but out of concern for other women still at the company.

“I can’t leave those girls behind. I couldn’t just take a paycheck and be silenced, and it’s disappointing that others can,” Lawrence said. “It’s really disappointing to see all of these women who have the power to say something, and yet they will do anything to protect the shield. The shield abused them when they were on the way up, and it will abuse them on their way down.”

On Sunday, Adrienne Lawrence filed a lawsuit in which she alleged a culture of sexual harassment at ESPN, naming several big-name colleagues as perpetrators.

The component of Lawrence’s lawsuit that has resonated most widely is the charge that recently retired ESPN host Chris Berman once sent a “racially disparaging voicemail” to anchor Jemele Hill. As that allegation popped up in headlines across the internet, Hill responded with a note on Twitter in which she denied Berman had ever left her such a message and said she was “disappointed that someone I considered to be a friend at one point would misrepresent and relay a private conversation without my knowledge … for personal gain.”

In the ThinkProgress article, Lawrence responded directly to Hill’s comments, saying she hadn’t heard the voicemail in question, but had summarized it exactly the way Hill had described it to her.

“I’ll be damned if anyone says this is for my personal gain,” Lawrence said. “Play the voicemail then, the one that you kept. Play it, I know you have it. I’ve never heard it. I went off of her description of it.”

In her lawsuit, Lawrence relayed several stories of harassment from other female ESPN employees, even in cases when she had not personally witnessed the alleged conduct. She told ThinkProgress she felt that if colleagues wouldn’t publicize their experience, she would do it herself.

Lawrence explained that she wrestled with her decision to include stories from other female ESPN employees in the lawsuit, but ultimately opted to do so on the belief that changing what she described as a toxic culture at the Worldwide Leader required widespread accountability.

“It wasn’t easy sharing what others had confided in me, but someone has to speak up if anything is to change,” Lawrence said. “These are things people came to me and told me about, and they weren’t right. If you don’t bring things to light they won’t get better.”

In a statement issued Monday, ESPN said it had investigated Lawrence’s claims and found them to be “completely without merit.”

Lawrence joined ESPN on a fellowship in 2015 and worked for the network until 17 when the program ended and she was not offered permanent employment.