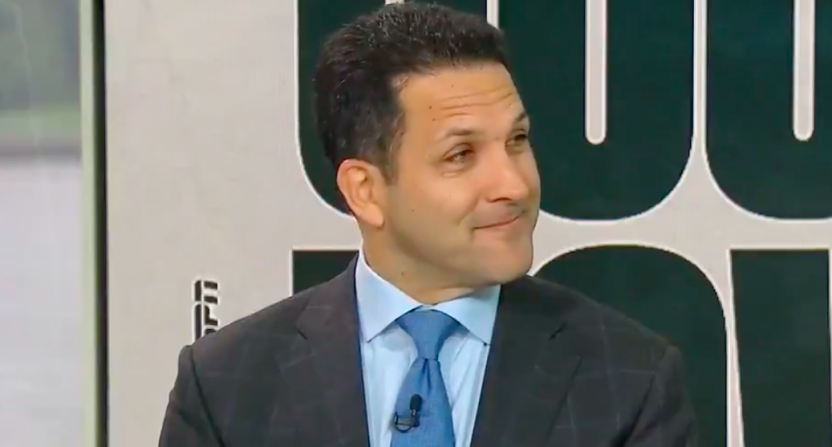 The NFL playoffs might start this afternoon, but we’re also already deep into the coaching carousel as well.

That means it’s a very busy time of year for NFL reporters, both the national insiders and local media. There are a lot of rumors and misinformation out there during normal times, of course, but this is essentially silly season, and therefore listening to only the real plugged-in media members is important.

Enter Adam Schefter, who earlier on Saturday tweeted about how the firing of Brian Flores has impacted both the Miami Dolphins and their potential pursuit of DeShaun Watson:

With Brian Flores out in Miami, the chances of the Dolphins pursuing or acquiring Texans’ QB Deshaun Watson are greatly diminished, if not gone, per sources. Flores had an interest in exploring a Watson deal, but others in organization, including owner Steven Ross, did not.

Wow, okay! So that’s an interesting bit of reporting, offering potential context as to why Flores was let go unexpectedly. If Flores had been devoted to pursuing a controversial addition in Watson, but others including most importantly the team’s owner were against it, that’s a big piece of that puzzle answered. Thanks for the information, Adam!

Then, about four hours later, Schefter added this reply to his own tweet:

Another source insisted today that that the Dolphins were all on the same page and that they all wanted Deshaun Watson. “100 percent,” one source said.

Confused? Perhaps hoping Adam would have followed up with another tweet offering more context, or further explored which side of this equation his reporting led him to believe was the actual truth? Sorry, nope, he just left it. Two tweets reporting completely opposite things.

There might be a read of this where the fact that he followed up is a sign that the second tweet is probably the more accurate one. In that case, though, why would he leave up the first tweet? And why in either case offer no further information or context? Adam Schefter, the most visible national NFL reporter, with 8.9 million followers on Twitter alone on top of one of the highest-visibility platforms in all of sports media, basically just tweeted out reporting on both sides of a story.

Even if the issue is just receiving conflicting reports, saying “I’m getting conflicting reports” is a very, very different thing than just tweeting out both versions, separately, without any weight assigned to either side. If you wanted to be cynical, you could point out that the first tweet is doing a lot to protect Dolphins owner Stephen Ross from potential criticism for pursuing a player in Watson who is currently facing multiple sexual assault accusations, especially as it was up without any other context for four hours.

Schefter has had a pretty tough season from a criticism standpoint. We’ve written about him a few times, especially in the wake of his water-carrying initial reporting on domestic abuse accusations against Vikings running back Dalvin Cook.

Just a really weird bit of work from Schefter.