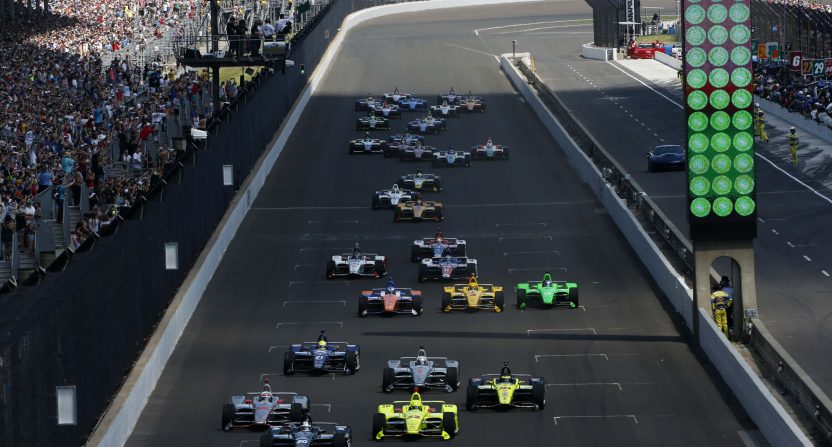 Despite viewership gains on IndyCar racing over the past five years, ratings for the Indianapolis 500 have reached its lowest point since the race went live flag-to-flag for the first time in 1986.

It’s not like the problem has been a lack of storylines and lack of competitive racing. This year, Danica Patrick was retiring from racing, while 2017 saw the appearance of Fernando Alonso and 2016 was the 100th edition of the “Greatest Spectacle in Racing.” In addition, there have been more lead changes since converting to the DW12 Dallara chassis in 2012 than any other era at Indianapolis.

So, what is the problem?

The answer may be ABC/ESPN. Since NBCSN entered IndyCar in 2009, they televised the majority of the races and gave the sport more attention on NBC and NBCSN than ABC and ESPN did. Many people laud NBC’s Premier League coverage, but in reality, they showed that kind of commitment to IndyCar years ago and set the bar quite high. NBC has also enjoyed a steady rise in viewership, despite overall viewership being lower than the Indy 500 broadcast.

ABC/ESPN didn’t seem to match what NBC was bringing. The long-term relationship that started at Indy in 1965 slowly declined to the point where it seemed like ABC/ESPN were only really bothered with televising the Indy 500 and acted like it was a chore to show their other IndyCar races.

While NBC promoted IndyCar racing across all of their sport properties, ABC/ESPN barely advertised the Indy 500 and it was  very apparent this year when NBC won the rights to show all IndyCar races, including the Indy 500, starting in 2019. ABC’s broadcasts themselves were solid but for a race that could attract a mainstream audience, ABC/ESPN dropped the ball in recent years trying to make it a must-see event that even casual racing fans should watch.

While it hurt to see a long-term relationship between ABC and the Indianapolis Motor Speedway end, it was for the best and, quite frankly, should have happened years ago. Maybe it was IMS wanting to stick with tradition or ABC taking that tradition for granted, but the Indy 500 seemed hindered in recent years by being so far low in terms of priority within ESPN’s stable of sports properties. By going exclusively to NBCSN, they will (theoretically, at least) devote more advertising and marketing to the series while making the Indy 500 available on NBC. If NBC already did all this without having the Indy 500, imagine what they’ll do when they actually have the race.

Next year’s viewership will be interesting to see. I don’t think it’ll completely rebound to previous levels, and ratings may not drastically improve just by being on NBC, but the switch should at least help stop the decline and could at least see a little bit of an uptick. If that happens, that’ll at least make the future somewhat brighter for the Verizon IndyCar Series.