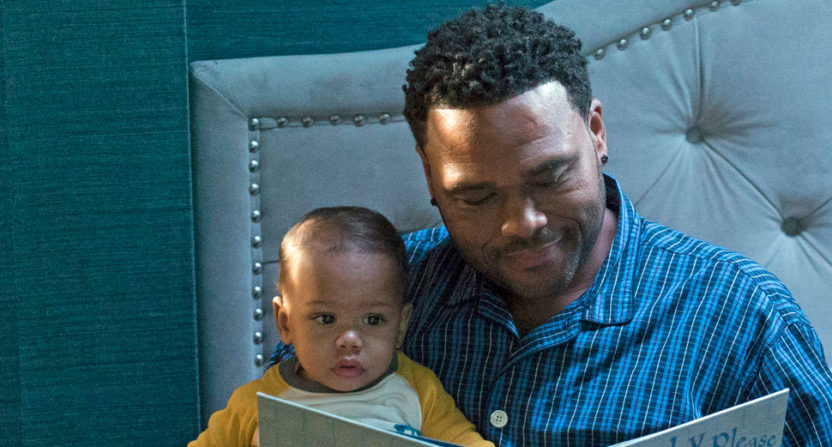 ESPN and ABC have been corporate siblings of one sort or another since ABC bought out Getty Oil’s majority control of the sports network in 1984, and that’s played a role in some interesting crossovers and controversies, many of which have been related to the NFL. One key example is the 2004 controversy where ESPN’s Monday Night Football intro featured Nicolette Sheridan, a star of ABC’s Desperate Housewives, dropping her towel while flirting with then-Philadelphia Eagles star Terrell Owens in a locker room. The latest ABC scripted programming drama that could potentially touch on the NFL revolves around sitcom black-ish, with Variety‘s Daniel Holloway reporting this weekend that an episode of the sitcom that addressed political themes (including NFL player protests) has been “permanently shelved” thanks to “creative differences” between ABC executives and showrunner Kenya Barris:

“One of the things that has always made ‘Black-ish’ so special is how it deftly examines delicate social issues in a way that simultaneously entertains and educates,” an ABC spokesperson told Variety Friday. “However, on this episode there were creative differences we were unable to resolve.”

Shot in November and directed by Barris, “Please, Baby, Please” features Anthony Anderson’s patriarch Dre caring for his infant son on the night of an intense thunderstorm that keeps the whole household awake. Dre attempts to read the baby a bedtime story, but abandons that plan when the baby continues to cry. He instead improvises a bedtime story that, over the course of the episode, conveys many of Dre’s concerns about the current state of the country.

The episode covers multiple political and social issues. In one scene, Dre and oldest son Junior (Marcus Scribner) argue over the rights of athletes to kneel during the performance of the national anthem at football games.

“Given our creative differences, neither ABC nor I were happy with the direction of the episode and mutually agreed not to air it,” Barris, the show’s creator, told Variety. “‘Black-ish’ is a show that has spoken to all different types of people and brought them closer as a community and I’m so proud of the series.”

There deserves to be some caution here, of course. Neither Barris or ABC have specifically identified what the creative differences were, and the episode “conveys many of Dre’s concerns about the current state of the country,” so it may not have been the NFL material that caused the conflict. But it’s interesting that the NFL protests are the only specific topic mentioned in Variety‘s report, and those have certainly proven controversial. And addressing NFL protests might prove more problematic for ABC than many other political or social topics, given how sister network ESPN has NFL rights for Monday Night Football and highlights. The possible NFL connection has been noted by sites from ProFootballTalk to For The Win, and they don’t seem off base here.

This is also perhaps interesting considering the many controversies that have sprung up around ESPN and the NFL over the years. For example, there was the cancellation of Playmakers back in 2004, reportedly over NFL pressure (which Chris Berman even discussed), and more recently, there was the 2013 ESPN decision to exit their partnership with PBS for League of Denial (which they argue was about branding rather than any pressure from the NFL, but many outsiders have questioned that argument). And there’s deserved larger skepticism about ESPN’s business interests and if and how that impacts its on-air product.

ESPN unquestionably produces a lot of journalism that challenges the NFL, especially on programs like Outside The Lines and E:60 and in ESPN The Magazine and on ESPN.com. However, there are still sometimes questions about how their rightsholder relationship impacts their overall coverage of the league. And that can apply to corporate siblings like ABC as well, and that can come up when news like this black-ish move breaks.

Are ESPN executives directly lobbying ABC executives to kill ABC projects that might portray the NFL in a negative light? Probably not, and even if they were, that would be very difficult to prove. But it’s not unreasonable to think that ABC executives have some awareness that the NFL is a valued business partner at their corporate sibling. At the moment, we don’t really know whether the NFL connection was specifically behind this black-ish episode pull or not, or if it was the non-NFL material that caused a problem here, and we may never know, so specifically blaming ESPN, Disney or the NFL for this decision isn’t really justified given what we know at this point. But this is yet one more data point to keep in mind when discussing the ESPN/ABC/Disney relationship with the NFL, and it’s worth keeping an eye on this development in case any further details relating to the NFL come out.