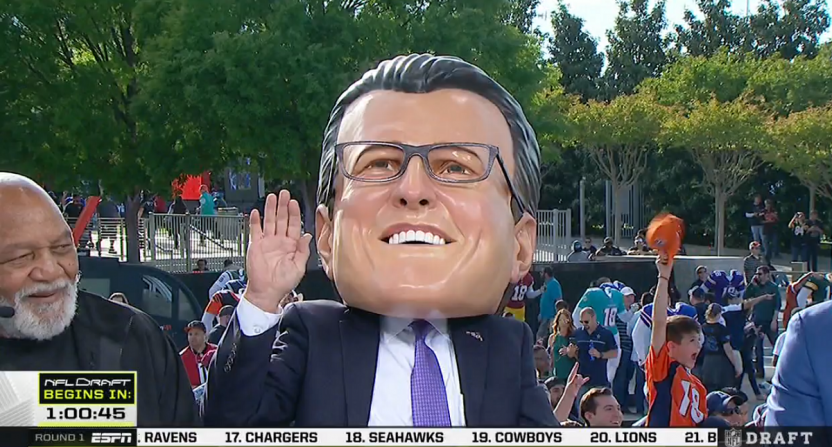 Lee Corso’s latest big head is perhaps his most terrifying

ESPN had a special edition of College Gameday (yes, in April) on Thursday, and to celebrate the NFL Draft, Lee Corso wore an enormous head of… Mel Kiper Jr. Straight-up nightmare fuel:

Charles Barkley was getting ready to talk about the New Orleans Pelicans on Inside the NBA when he heard the show’s stat guy loudly talking offscreen. Chuck wasn’t happy.

Longtime — underappreciated — play-by-play man Ian Eagle saw extended NCAA Tournament duties this year and is now one of the main voices for TNT’s coverage of the NBA Playoffs. He’s terrific, and here are some examples of his recent enthusiastic calls that make the viewing experience so much more enjoyable.

Calling LeBron’s game-winner over the Pacers in Game 5:

“Slammed down! Anthony Davis! With a grown man’s jam!”