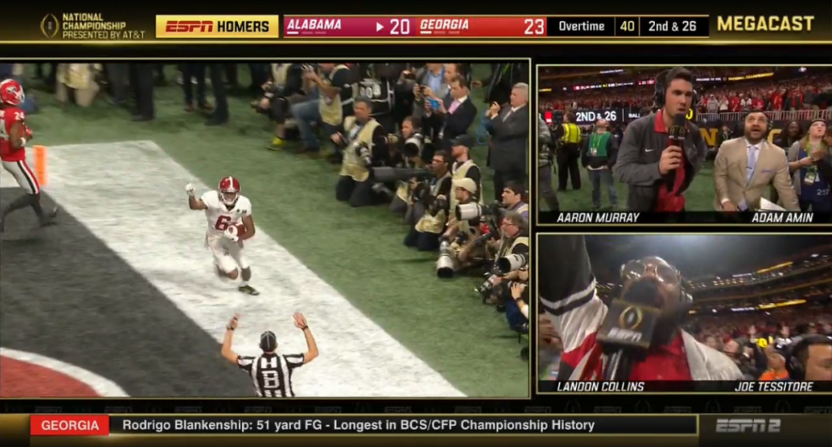 ESPN had a (super mega) Megacast for the Alabama-Georgia national championship game, and it was fun to see how they reacted to the Crimson Tide’s title-winning touchdown in overtime.

We’ll start with the traditional game broadcast on ESPN and Chris Fowler’s call:

The “Voices” broadcast (which had a bit too much going on this year):

And SEC Network had the “Finebaum Film Room” which of course included Paul Finebaum, as well as former Alabama quarterback Greg McElroy:

Here are the Alabama and Georgia radio calls of the TD

Good luck making it past the 15-second mark without laughing.

And it also happened to be Gruden’s final broadcast, as he’s of course now the Raiders’ head coach. McDonough had a heartfelt message for Gruden to sign off the Chiefs-Titans broadcast: