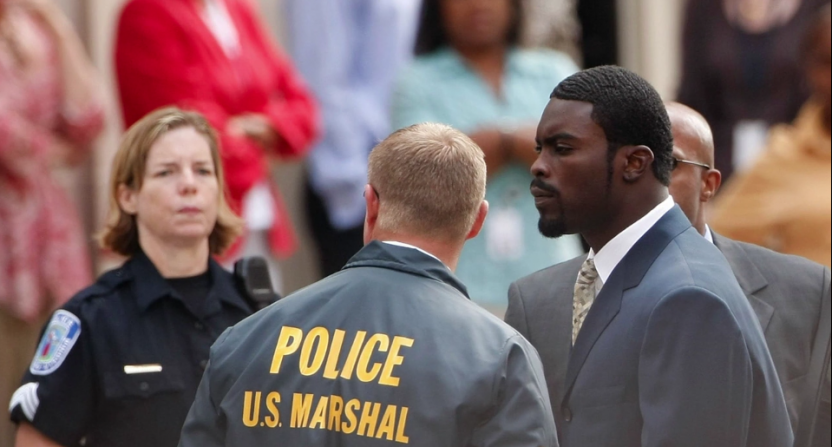 Length: This is a two-part doozie totaling 207 minutes (three hours and twenty-seven minutes, but four hours with commercials) . This will be shown in two two-hour installments (part one lasting 106 minutes and part two lasting 101 minutes).

Installment: #105 by ESPN’s count (#106 by my count, counting the O.J. doc as one installment, although ESPN initially counted it as five different 30 for 30s, but now seems to list it separately, not as part of the series. Additionally, one finished project, Down In The Valley, has been suspended from airing.)

Most Similar To: No Crossover: The Trial of Allen Iverson, Rand University

Review: This is the longest I’ve ever taken to write a 30 for 30 review and one of the only times I went back and rewatched the entire documentary before starting my review. It’s good, sometimes great, but also flawed in a way that will enrage some and be totally ignored by others. Ultimately, I think ESPN will have a ratings winner here and the film will be celebrated by many. But for me, and presumably many others, the flaws were so glaring and purposeful that it’s hard to really champion the film despite extended stretches that were extremely insightful, engaging, and thought-provoking.

The easiest way to explain the good and the bad is to start with the structure of the film which is four hours with commercials, an extremely ambitious runtime. The film breaks down roughly in four quarters, each roughly about a hour long with commercials. The format is as follows: 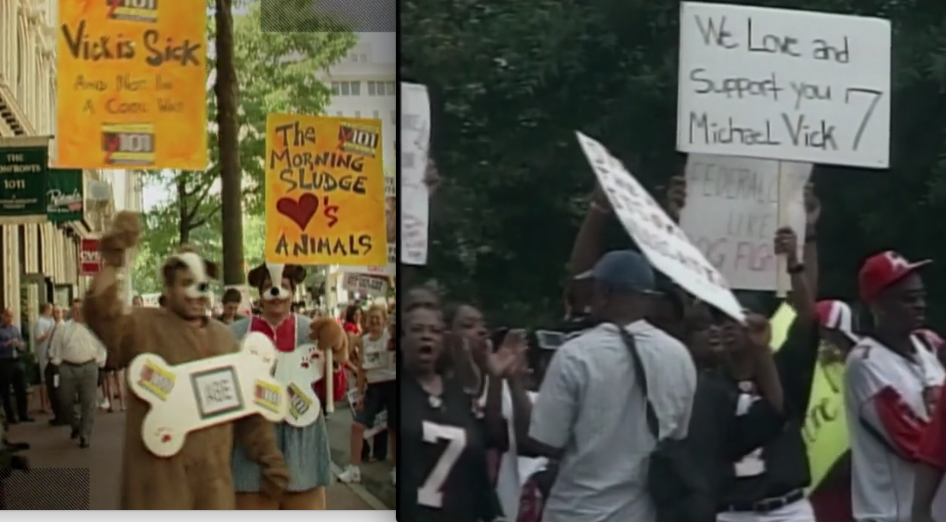 The most glaring issues (to me at least) were in the third part, but before you get there the opening hour of the film is quite problematic, as it drags to the point where I suspect many viewers will hit the eject button. It’s painfully slow and the scope of interviews shown in that first quarter is a lot more limited, which makes you think that people shied away from participating in the film, which is absolutely not the case.

While understanding Vick’s upbringing and the dynamics of his family and inner circle, the time allocated here just doesn’t make sense, given both how overly packed the rest of the film is and the viewer expectations based on other similar installments and documentaries. While other films, such as the OJ series and the Allen Iverson 30 for 30, spent an extended amount of time exploring the unique racial and socioeconomic circumstances that shaped them, both took on this purpose with significantly larger ambitions, to the point where those local history lessons could potentially be standalone documentaries given their depth, perspective, and research.  Esteemed director Stanley Nelson endeavored to go down that road with similar illuminating success in mind, but the retracing of Vick’s pre-NFL career fails to provide enough of a payoff to warrant the time invested into telling that story.

The final three hours of Vick generally land very well. Nelson packs the final three-quarters of the film with a ton of news footage and gets almost every imaginable relevant interview out there, including two of Vick’s co-conspirators, two NFL owners, four NFL coaches, Vick’s financial planner, Vick’s two lawyers, his PR crisis manager, representatives from PETA and the Humane Society, as well as relevant law enforcement and prosecutors.

Vick succeeds in shining a spotlight on a few different messier topics such as:

It’s across these topics that Vick really thrives and will likely earn acclaim from those who stick with it beyond the first hour. The third hour is nothing short of riveting, as Vick viscerally retraces the investigation and legal case against him, as they inch closer and closer to toppling his career and reputation.

Vick, many times over in new interviews as well as publicly since, denounces his actions and his role, and viewers have the ultimate say as to whether or not Vick has paid the price and redeemed himself or if his sins were too severe to warrant another chance (and such an ambitious feature on ESPN). There is a wide spectrum of polarized opinions here and I’d imagine I fall somewhere in the middle of that divisive spectrum.

While I initially thought Nelson did an adequate job covering Vick’s dog-fighting operation, when researching it further for this review, I came to the conclusion that the film really went out of it’s way to give a more drive-by effort to the particulars of the operation and Vick’s role in it. By leading with Vick’s guilt and regret and including statements by his co-conspirators, there is some meat on the bone here, but not nearly enough, to the point where I imagine some ESPN employees will feel the film skirted journalistic responsibilities to ensure a net positive reaction for Vick. Below the trailer dropped today and there really is no specific mention of dogfighting within it.

A look back at each chapter of Michael Vick’s saga: The incredible rise, shocking fall, and polarizing return.

Perhaps Nelson and ESPN didn’t want such graphic and depressing content presented to viewers with such brutal honesty. Perhaps Vick and his family’s participation required a more glancing retelling of specifics. While I think viewers will come away with a total understanding of Vick and the general knowledge that he was involved in dogfighting, the extent of those crimes is mostly shielded from viewers. Without diligently paying attention to every word spoken and taking notes, the majority of viewers of Vick will have a very tough time answering questions like:

Vick and his three co-conspirators all plead guilty to their role in the operation and signed off on separate statement of facts on their roles when doing so. You can certainly learn much more about the fighting operation by taking 15 minutes to read those statements as opposed to the entire four-hour documentary, which is something that doesn’t particularly sit well with me.

Vick certainly doesn’t hide the reality here, nor does it minimize Vick’s role or knowledge of the crimes committed. However, what it does is generalize the crimes in a bit of a rushed fashion, with details and smaller nuggets briefly touched upon with no cohesive explanation. In this era of exploding interest in true crime content, there was a purposeful decision to generalize and move quickly through the more stomach-churning aspects of Vick’s crimes. I get the motivation and decision here, but it seemed too blatant and too self-serving to ignore, despite that fact that this was shuffled into a film with generally great filmmaking.

Ultimately, this is an ambitious project that hits paydirt on a lot of fronts and misses wildly elsewhere. The reaction to this one will be divisive and complex, and I imagine like most things these days, the film will not change the preconceived notions of viewers going in. I ranked this film in the middle of the lot of 30 for 30s, but it’s much more ambitious and substantive than that, with many stretches that are worthy of a much higher grade. This is heavy installment, one that will make you think a lot, and one that will challenge many to judge an individual across a complicated past. While I found chunks of this film objectionable, I generally applaud ESPN’s efforts to tackle heavier subject matter in more ambitious ways, although the outcome here was a mixture of hit and miss.