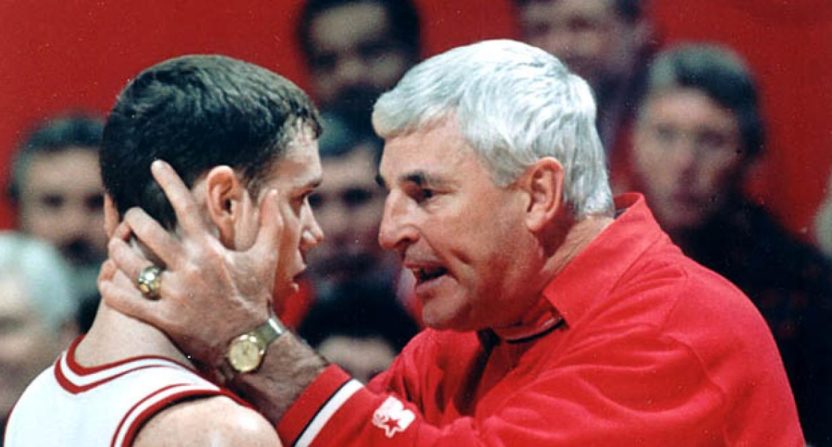 Length: 102 minutes without commercials (I have no idea if they’ll add commercials on ESPN+)

Installment: #97 by ESPN’s count (#98 by mine, counting the O.J. doc as one installment, although ESPN initially counted it as five different 30 for 30s, but now seems to list it separately, not as part of the series. Additionally, one finished project in Down In The Valley has been suspended from airing.)

Most Similar To: Catholics vs. Convicts, Ghosts of Ole Miss

Review: I was a bit conflicted on if I should review this 30 for 30 given it will not air on television and will exclusively be available through ESPN’s soon to launch OTT streaming service, ESPN+. Given this is a new service with no subscribers and the app is not available yet, I imagine it will be quite some time if ever when this installment will have any significant viewership. But alas, I’m here to serve and well, shit…I like watching documentaries about sports.

Despite my middle of the road grade for The Last Days Of Knight, I generally enjoyed the film. I’m a sucker for anything that highlights the journalism that goes into uncovering scandals and the inevitable clash between the powerful institutions that are at risk of being exposed. But putting aside my personal taste here, there are a couple of issues that I think will hurt the film in terms of favorability with a larger audience.

1. The film meshes two stories into one, with director and narrator Robert Abbott retracing his year plus investigating and reporting mistreatment of players by Bobby Knight and the reaction to his story airing, along with the rise and fall of Bobby Knight at Indiana. Unfortunately, both stories are told at a C+ or B- level and while they are obviously intertwined, you’re often left wanting significantly more from the other parallel story that is getting left unattended. 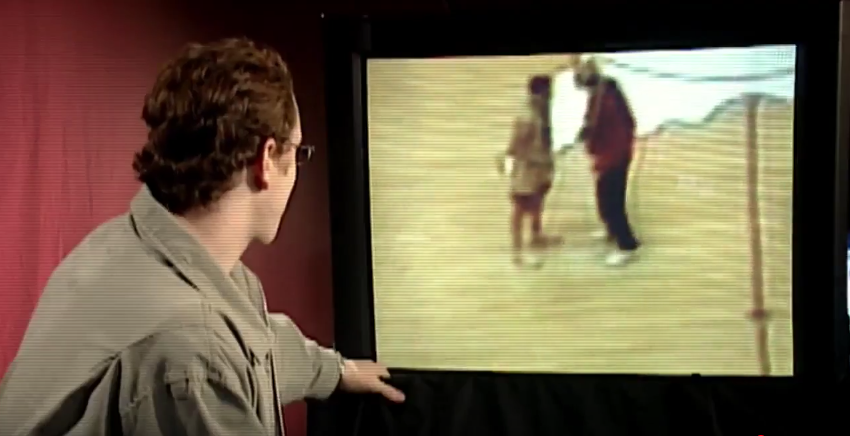 2. This is a longer 30 for 30. This was built to fill a two hour slot on television (I have no idea if they’ll air commercials with this on ESPN+). One of the biggest areas of how I judge any documentary is how much time did I spend on my phone looking at other stuff. Often, I’ll spend none of the viewing time doing this if I’m truly engrossed. In this installment, there just were only a few lulls where you found yourself wanting to speed it along knowing the length of the film. I have to wonder if ESPN and Abbott would have actually slimmed down the film if they knew earlier in the process that they may not need to have this fill a full two hours and could have potentially aimed somewhere in between 77 minutes (for a 90 minute TV window) and 102 minutes (which this currently sits at), the length of a two hour TV slot.

Abbott’s story definitely is interesting, but it’s just not compelling enough to put on equal footing as Knight’s demise and ultimately both stories suffer from dilution. A lot of the nuances, background, and politics of Knight’s power and background are rushed through and to a certain degree, viewers do not get a thorough understanding of the feverish support Knight had built up while at Indiana.

Unlike HBO’s Paterno, we also really don’t get much insight at all into Knight and IU’s behind the scenes reaction and handling of the scandal. We get a few crumbs, but there nothing new comes to light here which is pretty rare when enough time has passed and a major brand like 30 for 30 allows for a reconciliation of past events. Per the IndyStar, Abbott actually narrowed the amount of people he interviewed, which is something I’m not sure was the best decision given the film struggled a bit with overall depth and points of view.

“Abbott spent more than two years on the project, completing nearly 30 interviews. His aim: Tell his story, nothing more. He avoided Knight haters and Knight devotees alike. This wasn’t a biopic on the polarizing coach. “We would’ve needed 300 interviews for that,” Abbott joked Wednesday night.”

Being a film that I actually enjoyed, I’m being a bit laborious in my criticism but I think that really tracks back to the decision to have Abbott direct and narrate this film. Abbot’s POV regarding his reporting actually is very interesting, but I think it could have been incorporated via him being a producer and a key interview for another director. It’s not crazy to think that a lot of people avoided participating in this project because Abbott was the original reporter that eventually forced Indiana’s hand into ousting Knight.

Additionally, Abbott’s narration was so extensive, it left the film needing a lot of creative solutions in terms of what to put on screen during his narration. This leads to some odd moments of him recreating his reporting and shots of Abbott at his desk ruminating over breaks in the story. I would have much preferred a more informal and at ease Abbott adding his perspective through interviews opposed to driving the story himself. Him and his bosses’ perspective is interesting, but at the end of the day, there aren’t enough plot twists and action to warrant giving this story equal footing to Knight himself.

If you know my review criteria, it’s simply “how good of a story is it?” and “how well did you tell it?”. The Last Days of Knight is one of the few instances within the 30 for 30 series where the story is compelling but the storytelling hinders the viewing the experience. It’s subtle and not glaring but I think compared to the high bar of quality across the majority of the 30 for 30 series, it certainly stands out as one of the few creative decisions that didn’t payoff as intended.

I do think the majority of viewers (which I would have to imagine will not be a large number) will enjoy the film. There is certainly enough meat on the bone to satisfy those interested in this story. Bobby Knight’s demise at Indiana seems like ages ago and is something that doesn’t come up with great frequency in sports media today. There is certainly interest in this story and a lot of it is told very well, but ultimately, I think viewers will prefer a more focused storytelling effort that put more emphasis on one of the more dramatic falls from grace any coach has suffered.