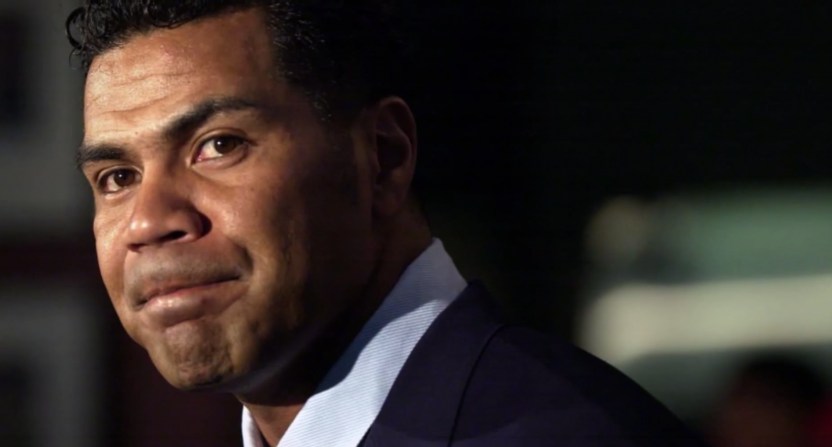 Length: 88 minutes without commercials (I have no idea if they’ll add commercials on ESPN+)

Installment: #98 by ESPN’s count (#99 by mine, counting the O.J. doc as one installment, although ESPN initially counted it as five different 30 for 30s, but now seems to list it separately, not as part of the series. Additionally, one finished project, Down In The Valley, has been suspended from airing.)

Most Similar To: Into The Wind, Tommy

Review: For those of you with ESPN+, 30 For 30 returns with Seau, which marks the third installment released in 2018, a historic low output for the series. This will be the second straight installment released on ESPN’s new streaming service, although it looks like ESPN+ exclusive installments will air on ESPN down the road.

Seau is really a three part documentary, with a little under half of the film chronicling Seau’s rise as an athlete, coupled with his success off the field in terms of his personal life as well as business and charitable ventures. Seau’s tragic decline and ultimate demise take up about a third of the film, although it feels longer, given the difficult to watch subject matter. The closing component of the film focuses on how Seau’s death was a critical factor in how the public, media, and eventually, the NFL changed how they viewed player safety, in particular head injuries.

What if I told you … the hardest hit is the one we never see coming.@30for30's new film, "Seau" premieres Sept. 20 exclusively on ESPN+. pic.twitter.com/tJFVpeRsNK

There is nothing blatantly flawed with Seau. It’s good. I think you could label the middle third of the nearly 100 films in the series as being good to solid. Seau just doesn’t distinguish itself, and I attribute that to two factors.

1. I think the more morose 3o for 30 films are a bit more of a challenge for audiences. There are certainly exceptions to this rule, which leads me to the second factor.

2. The more somber 30 for 30s (and documentaries as a whole) typically hold viewers’ interest a bit better because they’ve tended to be more of an obscure story that is new to a viewer, and/or there is some type of redemption at the end of a bumpy journey. Seau doesn’t deliver on either front, as most sports fans more or less know his story. While his death did trigger a change in public opinion about CTE, for he and his family, it was a very difficult final decade of his live to endure. 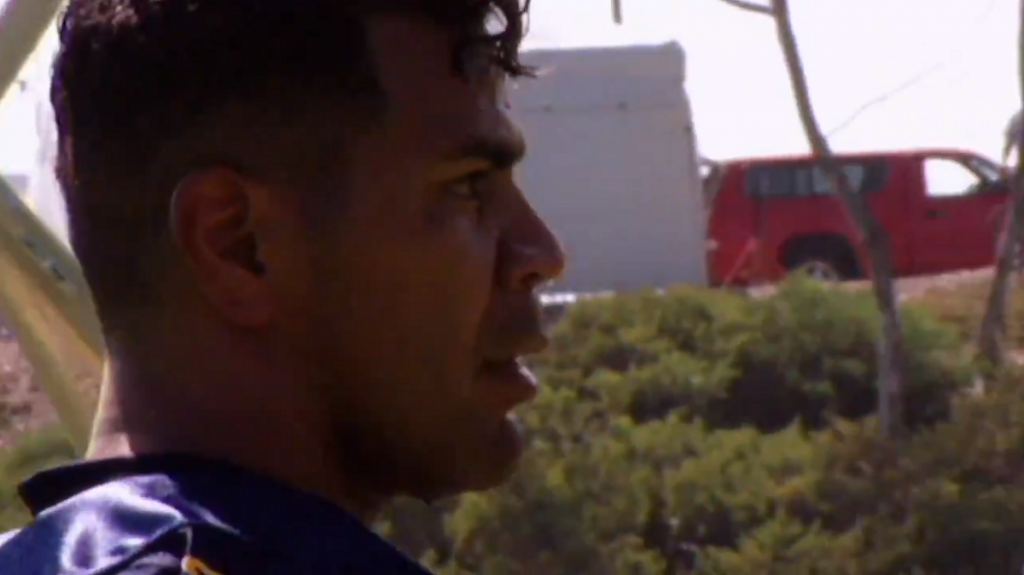 Putting the subject to the side, the execution of the film was very solid. I particularly enjoyed the film’s usage of reading past journal entries from Seau, which allowed his voice and point of view to be heard, a technique I enjoyed immensely in the acclaimed Zen Diaries of Garry Shandling.

Despite knowing a good deal about Seau’s career and death, I did feel like the film brought a lot of new perspective and info to the table. While the glut of new insight into Seau’s personal life was informative, the final years of Seau’s life were such an unfortunate mess that it’s hard to definitively rewind the clock and retrace just when, where, and why things unraveled the way they did, although the overarching message was CTE played a prominent role.

Seau’s spiral into adultery, depression, alcoholism, physical abuse, gambling and solitude is a dark path to take an audience down, but Bradley does a thorough job facing these difficult years of Seau’s life. Ultimately though, while Seau doesn’t have any significant flaws, I think most viewers will find the subject matter too depressing and too familiar to enjoy.