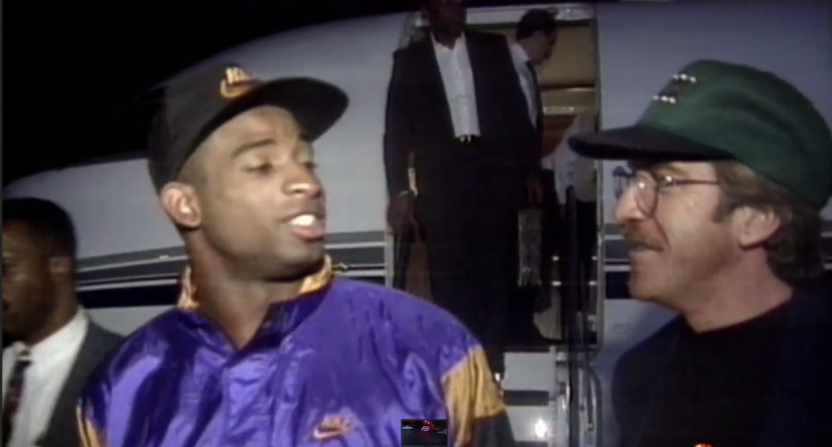 Installment: #100 by ESPN’s count (#101 by mine, counting the O.J. doc as one installment, although ESPN initially counted it as five different 30 for 30s, but now seems to list it separately, not as part of the series. Additionally, one finished project, Down In The Valley, has been suspended from airing.)

Most Similar To: No Más; The Day The Series Stopped

Review: Deion’s Double Play is Ken Rodgers fourth 3o for 30, a rather impressive haul given that the NFL Films stalwart’s first installment only debuted in 2013, after 50 installments had already aired. While Rodgers’ films have been some of the more popular installments (some of that attributable to the fact he’s focused solely on the NFL), unfortunately Deion’s Double Play falls a bit short of the high bar set by Rodgers through his first three installments.

That’s not to say Deion’s Double Play isn’t slick, interesting, or well made, but the film ultimately falls a bit short on a few fronts as it struggles to bring any real clarity to the murkiness of Sanders’ attempted October high wire act. Additionally the event itself seems to fall a bit flat in terms of being a not as compelling of a subject matter as the majority of other installments. Its historical relevance is a bit of a one-off stunt, as compared to something that had a lasting affect on sports.

If you’re looking for more of a comprehensive biopic of Sanders, you’ll be disappointed as the film almost exclusively bunkers down on his 1992 attempt to play in a NFL regular season game and MLB playoff game in the same day. I was ten and vaguely remember the attempt and some of the fanfare, but it’s significant to remember this was in 1992, which was during the infancy of the internet and well before social media. Additionally, this was before a lot of US households had access to 24/7 sports coverage through ESPN and other cable news outlets. That’s a long way of saying that while I certainly remembered the attempt, the details were vague enough that viewers (especially younger ones) will find the film to be a pretty ripe story.

This is a pretty sports media-heavy installment, as we get a significant dose of Jim Gray and Pat O’Brien and obviously dives deep into Sanders’ infamous locker room incident with Tim McCarver. Unfortunately though, McCarver chose not to participate in the film, as did a lot of key personalities that could have provided more insight, context, and most importantly, clarity to all that transpired in the fall of 1992.

The film certainly makes the effort here, and we do get a few explanations, but ultimately viewers are left with a lot of unanswered questions on how and why Sanders opted to endeavor down such an ambitious and perhaps foolish road that he did. How big of a role did Nike play in the attempt? How come the leagues allowed Sanders to have ambiguous contractual obligations for the teams he played for? Did he really have a handshake deal with the Braves? What did Sanders’ agent think about the parallel careers and how to navigate them?  Sanders and other participants do provide some answers, but ultimately here the film’s attempt to bring clarity to some of these questions never fully materializes. Another minor gripe is that the film somewhat ducks how the Falcons were performing that year (they’d finish 6-10), which certainly has enough significance to have not been left out. 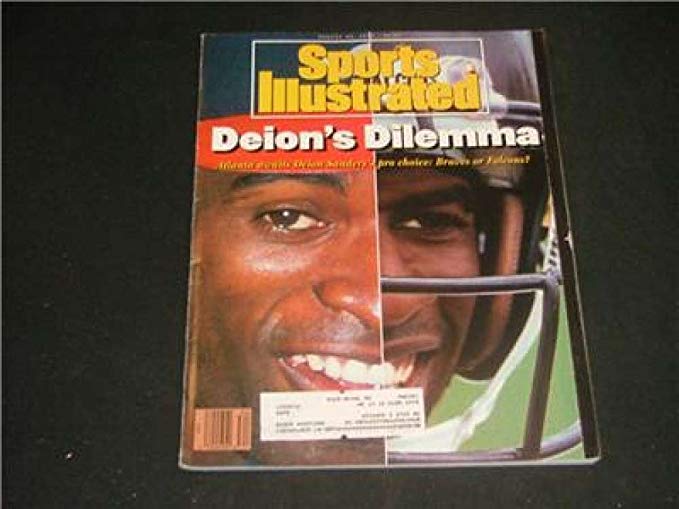 While Rodgers does a good job pacing the film, the narrow scope of the film coupled with some limited participation and minimal introspection from Sanders himself means there is a bit stretching to fill the full hour. This is one of the areas of concern I have for the 30 for 30 brand, in that all films are required to fit into various broadcast windows. Because of this I’m often left feeling a film could have been 5-15 minutes longer or shorter, which would work on HBO or Netflix, but isn’t really a plausible option for ESPN. This is an instance where I think it’s possible this could have been fitted into a bit of a slimmer broadcast window, similar to some of the meatier 30 for 30 shorts.

All in all, a middle-of-the-road 30 for 30 is for most, still worth the time. There are some fun moments throughout the film, and for many this is a story they’ll be unfamiliar with and eager to learn about. Rodgers doesn’t hit the same paydirt here as he did with his previous installments, but it’s certainly not a dud. While not his best work,  I imagine given Sanders’ star power and how heavy ESPN has been promoting this installment, Deion’s Double Play will at a very least be another ratings hit for Rodgers and ESPN.

Napear tweeted "ALL LIVES MATTER...EVERY SINGLE ONE!!!" to former Kings' player DeMarcus Cousins, who asked him for comment on Black Lives Matter.

Hall was one of the many SB Nation and Banner Society employees furloughed from May through July. He announced Tuesday he's taken a buyout.

Napear tweeted "ALL LIVES MATTER...EVERY SINGLE ONE!!!" to former Kings' player DeMarcus Cousins, who asked him for comment on Black Lives Matter.

Hall was one of the many SB Nation and Banner Society employees furloughed from May through July. He announced Tuesday he's taken a buyout.