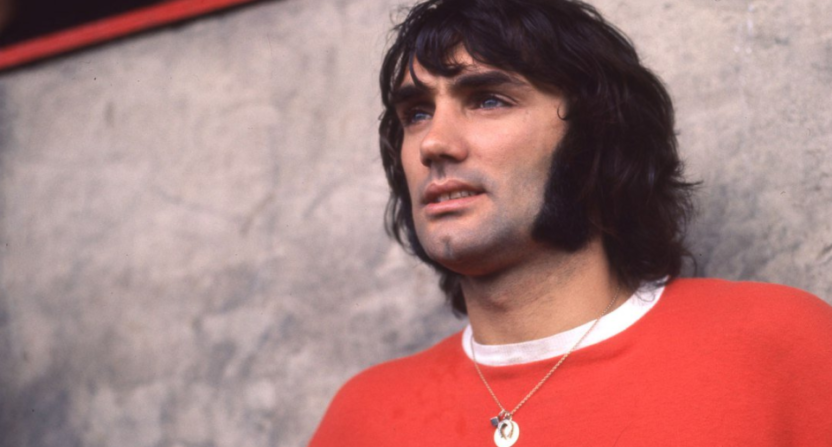 Installment – #91 by ESPN’s count (#92 by mine counting the OJ doc as one installment, although ESPN initially counted it as 5 different 30 for 30s, but now seems to list it separately, not as part of the series. Additionally, one finished project in Down In The Valley has been suspended from airing.)

Most Similar To – Tim Richmond: To the Limit, Without Bias

Review- Director Daniel Gordon has done some very solid work within the 30 for 30 series. He’s a great storyteller and has been ESPN’s go to director for telling complex and emotional stories that are UK centric such as Hillsborough and 9.79, both of which would make top 20 films within the series. Both of those films clocked in over two hours and are among some of the longer ESPN installments.

You can see why ESPN would opt to give Gordon another extended installment and UK centric topic, but unfortunately the same lightning in a bottle is not recaptured with George Best: All by Himself. While the actual storytelling is on par with Gordon’s other projects, I think it’s likely that ESPN’s regular viewers will find the film too long and too niche.

While Best did some spend time playing in America, his prominence took place a continent away and before a large chunk of ESPN viewers were born. ESPN has had some success highlighting stories a bit off the beaten path but typically those stories focus on either someone with a bit more name recognition than Best domestically or the particular story has some type of either uplifting message or takeaway. That’s where we get into this film as too somber and too long.

Best isn’t exactly the most likable character. In fact, despite the film spending the majority of the running time focusing on his alcoholism, at times certain aspects of that struggle were glazed over or skipped entirely. When doing some research for this film, my sympathy for his struggles and downfall went from fairly empathetic to wondering if this was really a story that warranted such an ambitious retelling.

I’ll give you a comparison. A few years back, I watched a NFL Films Present segment on Greg Cook, which was equally depressing (potentially even more s0). It clocks in about 13 minutes and elicits a wide range of emotion. There are some parallels between the two individuals careers and although Cook is probably a more sympathetic character than Best, thirteen minutes was probably just right in terms of covering his rise and fall. An hour and half is a big ask and with the bulk of it focused on Best’s struggles, I’m just not sure viewers will stick with it or come away with a positive viewpoint on the film or Best.

Putting aside the story, the execution of the storytelling is as you’d expect from a Gordon project, very solid. Participation in the film was impressive given how long ago Best’s story took place. Working with a limited amount of archived highlights and news clips, Gordon mixes in a good amount of very slick shots from various locales that Best traveled to over the years.

The many interviews are telling and not sugarcoated, although again, it does seem in a few places Best gets some overly sympathetic treatment. If your interest level in Best going in is fairly high, you’re not going to find much to fault with the film. It delivers what it intended to do. Ultimately though, I’m struggling to think of who I know who’d want to strap in for 90 minutes of a sobering retelling of an athlete most haven’t heard of stateside. Ultimately, I think despite the quality of the finished product, it’s probably not going to resonate with viewers as much as other installments.

George Best: All by Himself will air Thursday, July 20 at 8:30pm ET on ESPN and is available to stream on the Watch ESPN app.