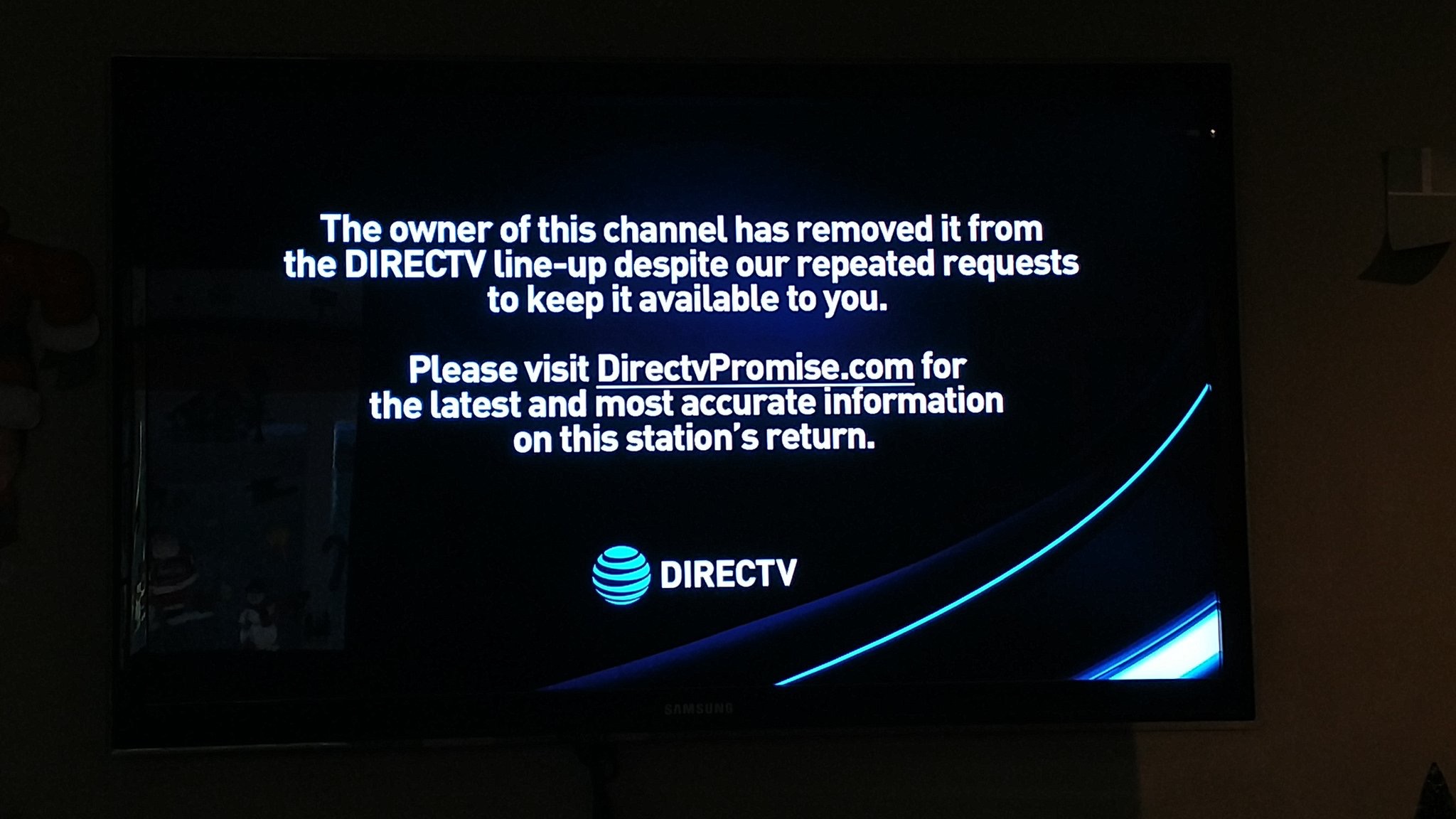 Over the weekend, we told you about the impasse between NBCUniversal and Charter Spectrum and the potential blackout of 14 networks. The two sides did reach an agreement to extend talks keeping the networks online for now, but there’s still a threat that talks could still break down and the NBCU networks going offline. However, Charter subscribers can still watch them.

But for other content providers, it’s a different story. Cox Media saw its stations blacked out on DirecTV briefly on New Year’s Day before they were restored by a long-term deal. So stations like WSB in Atlanta, WFXT in Boston, WPXI in Pittsburgh and KIRO in Seattle had their signals pulled at midnight Sunday, but they returned after the two sides signed a new retransmission deal. So viewers in ten markets where Cox has stations had minor inconveniences.

But that is not the case for viewers of Hearst stations in 28 markets. They are dark on DirecTV as of Sunday. Overall, 32 stations such as WBAL in Baltimore, WCVB in Boston, KMBC/KCWE in Kansas City and KCRA in Sacramento are off and they include affiliates of ABC, CBS, NBC and the CW. So there are a lot of sports programming viewers of Hearst stations aren’t seeing like the Sunday Night Football, NHL Winter Classic, the Outback Bowl and if the the dispute extends through next week, there’s NFL Wild Card weekend, college basketball and the start of the PGA Tour.

Disputes like these always bring dueling statements as Multichannel News tells us:

“Negotiations continue, and we expect this disruption to be brief considering that every other pay-TV provider has come to reasonable terms with CMG,” Williams said in a statement. We have made ourselves available twenty-four hours a day and seven days a week to get this deal done.”

“We want to get our customers’ usual local broadcast stations back into their lineups and share their frustration,” DirecTV parent AT&T said in a statement. “Hearst Television is preventing its local signals from reaching DirecTV customers’ homes in 26 different cities unless Hearst receives a significant increase in fees just to allow those same families to watch shows available for free over-the-air and that the broadcast networks typically make available for free online and through new digital apps. Hearst has suspended its stations briefly from other TV providers’ customers before, so we appreciate our DirecTV customers’ patience as we work to resolve this matter quickly and reasonably.”

Viewers are always trapped in the middle as they have to find other ways to watch their favorite shows or local programming. There’s the effort of having to find the sports shows online or having to go to a sports bar to watch. It’s all quite annoying and until the two sides return it’s a major inconvenience for fans who want to be able to turn on their TV’s and not see a slide informing them that their local station is not available.