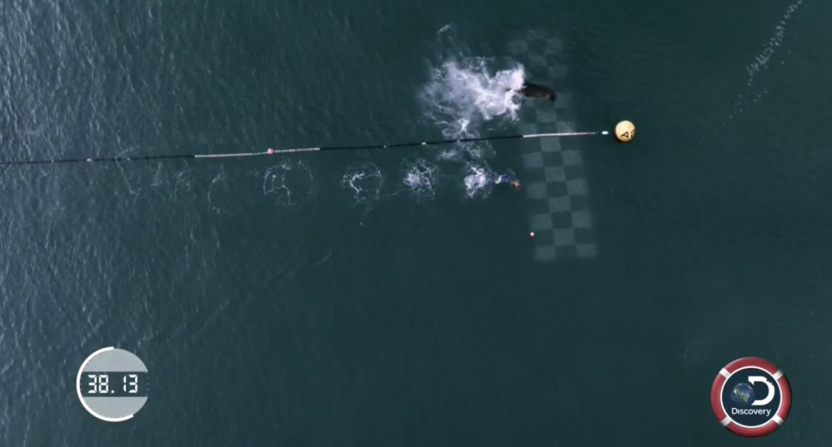 There’s a long history of highly-hyped one-off TV specials not delivering what the audience had hoped for, whether that’s through trickery from the producers or disappointing on-screen results. A recent example of the former is Michael Phelps not actually racing a shark in Sunday’s Phelps Vs. Shark, and the Floyd Mayweather-Conor McGregor boxing match may turn out to be the latter. Inspired by those, here’s a look at 10 of the worst disappointments in one-off TV special history. Thanks to all those who contributed suggestions on Twitter.

(Note: There are lots of scripted TV examples that could qualify here too, from The Killing not living up to its promise of revealing the murderer in Season 1 to How I Met Your Mother‘s ending. However, we’re focusing just on one-off specials for now.)

Honorable mentions: There are a couple of good ones that were promoted as TV specials, but never actually made it to air, amongst them Evel Knievel trying to jump a tank of sharks (which actually inspired Happy Days‘ “jumping the shark“) in 1974, but getting injured in practice, and the cancellation of the 1995 Taco Bell-sponsored Shaq-Hakeem one-on-one after Hakeem got hurt. Another similar case that wasn’t quite a TV special comes from Reebok’s Dan vs. Dave ads (now a 30 for 30 podcast!), about the presumed 1992 Olympic decathlon rivalry between Dan O’Brien and Dave Johnson, which had to be retooled after O’Brien didn’t qualify for the Olympics. And there are certainly plenty of actual TV specials that we weren’t able to include; one of the greatest is the 1995 Fox broadcast of “Alien Autopsy,” which proved to be anything but. There were also some that were initially postponed and then later successful, such as Felix Baumgartner’s skydive from space. With that said, here are 10 of the best, or worst.

10. The Andrea Doria’s vault. Before the more famous Geraldo Rivera special on Al Capone’s vault (don’t worry, we’ll get there), there was the three-ton safe from the capsized Italian liner SS Andrea Doria, opened live on TV in a two-hour special in 1984 (with famed writer and one-time NFL quarterback George Plimpton hosting, no less). Some money was found, but none of the rare coins or jewels some expected.

9. “The Decision.” LeBron James’ infamous 2010 free-agency announcement on ESPN did actually give us his decision, which is why it isn’t higher. However, he made viewers sit through 28 minutes of softball questions from Jim Gray first.

8. The Donovan Bailey-Michael Johnson race. What if I told you that the Mayweather-McGregor fight of its day, featuring athletes from different disciplines jawing at each other for months before settling things in sport, happened in track? Yep, the 1990s were a different time. Canadian 100-meter champion Donovan Bailey was annoyed at the American media’s promotion of 200-meter champion Michael Johnson as the “World’s Fastest Man,” and the back-and-forth between the two led to a 150-meter showdown at Toronto’s SkyDome in June 1997, broadcast on CBC and CBS. It had The Blues Brothers and everything! But Johnson trailed early on and pulled up after 110 meters, citing a quadriceps injury. Arguments about that injury still go on today (especially depending on what side of the border you live on), but the event clearly didn’t produce a race as great as many had hoped for.

7.  Kimbo Slice’s fight ruins Elite XC. Maybe the most disappointing MMA fight ever was “YouTube sensation” Kimbo Slice’s Elite XC debut in October 2008. Many thought Slice was a shoo-in, especially after expected opponent Ken Shamrock suffered a head injury in training and had to withdraw, leading to Seth Petruzelli (set for another bout on the card) stepping in (and Slice only agreeing to fight him in the middle of the contest). Petruzelli then dismantled Slice in just 14 seconds. As this excellent Bloody Elbow retrospective from Matthew Kaplowitz shows, that result led to the company shutting down just 16 days later.

6. The History Channel blames LBJ for JFK’s assassination. There have been lots of disappointing History Channel series and one-offs over the years, and lots of ridiculous specials on assassinations there and elsewhere, but 2003’s The Guilty Men on the assassination of President John F. Kennedy may take the cake in terms of both sheer absurdity and the backlash it spawned. This was added to a series called The Men Who Killed Kennedy, which started on Britain’s ITV in 1988 with two episodes (and drew backlash and a third episode discussing the issues), then was picked up, recut, and added to by A&E Networks and The History Channel. It really got controversial in 2003 with the final episode, The Guilty Men, which accused subsequent president Lyndon Baines Johnson of masterminding the plot to kill Kennedy.

The backlash to that was so bad, and included so many threatened lawsuits (including ones from Johnson’s widow, Lady Bird Johnson, plus former presidents Gerald Ford and Jimmy Carter, and former MPAA head and Johnson aide Jack Valenti) that the network formally apologized, saying “The History Channel recognizes that ‘The Guilty Men’ failed to offer viewers context and perspective, and fell short of the high standards that the network sets for itself,” promised to never air the documentary again, and even aired a follow-up with three historians discussing how flawed the documentary was. One of those historians, Stanley I. Kutler, wrote about the controversy here. So yeah, that’s something not to do.

5. Evel Knievel’s Wembley bus jump and Snake River Canyon jump. Unsurprisingly, a lot of these incidents involve stuntmen, and Evel Knievel comes up a lot. Two of Knievel’s stunts in particular deserve mention here. The 1975 Wembley jump on ABC’s Wide World of Sports is now mostly remembered for Knievel breaking his pelvis and still walking off after trying to jump 13 buses, but it’s worth remembering that it was hyped as “London buses” (implying the well-known double-decker ones) and instead involved single-decker buses. Knievel’s famed 1974 Snake River Canyon jump (on closed-circuit TV through Bob Arum’s Top Rank Productions) involved no such duplicity, but had a disappointing result, as he made it to the other side, but his parachute deployed prematurely and caused him to drift back into the canyon. Knievel’s son Robbie tried a similar jump in the Grand Canyon in 1999, and made it 228 feet (but broke his leg in a crash upon landing). Eddie Braun eventually cleared the Snake River Canyon in 2016 in a recreation of Knievel’s jump.

4. Nik Wallenda’s Niagara Falls safety harness and non-Grand Canyon walk. Speaking of stuntmen, famed high-wire artist Nik Wallenda has been involved in some controversies of his own. In 2012, Wallenda became the first man to walk a tightrope over Niagara Falls, but broadcaster ABC mandated that he wear a safety harness, which some were upset about. In 2013, there was an even bigger controversy, with Wallanda’s “Grand Canyon” tightrope walk (aired on Discovery Channel) not actually taking place in the Grand Canyon. (It happened east of the park, on Navajo Nation land, because he couldn’t get a permit for the park itself.) That produced similar visuals, but disappointed some given the publicity’s frequent “Grand Canyon” mentions.

3. Michael Phelps “versus” the shark. There was plenty of hype about Phelps coming out of retirement to race a shark as part of Discovery’s Shark Week, fueled further by vague Discovery promotional text such as “The world’s most decorated athlete takes on the ocean’s most efficient predator: Phelps V Shark – the race is on!” In reality, the special showed Phelps racing against (and losing to) a computer-generated shark whose speed was created from tracking data, and people got mad.

2. Geraldo Rivera and Al Capone’s safe: This was by far the most popular submission we received on Twitter, and it’s a good one. In 1985, Rivera was fired by ABC for criticizing the network for its cancellation of a JFK-Marilyn Monroe special. That led to him hosting this two-hour syndicated special, The Mystery Of Al Capone’s Vault, in 1986. It was about the opening of a Capone vault beneath Chicago’s Lexington Hotel, and was hyped as containing great riches or maybe dead bodies, but mostly held just dirt and empty bottles. This gets a lot of credit as one of the most famous and most widely-watched flubs, but in its favor, they didn’t know in advance the vault would turn out to be a dud (which makes this more “poor result from hyped thing” than “bait-and-switch marketing”). Still, it’s a pretty good one, and it even helped to spawn a SCTV parody of Rivera:

1. Eaten Alive: This one takes the cake for the amazing amount of hype, the decision to bail partway through, and the subsequent backlash. This December 2014 Discovery special was supposed to feature author and entertainer Paul Rosolie tracking down a giant green anaconda and being eaten by it inside a special suit that would protect him. Rosolie couldn’t find the wild green anaconda, so the actual special saw him being eaten by a captive anaconda. However, he removed some of the suit’s padding thanks to mobility concerns, then halted the stunt after an hour without being fully swallowed, citing worries the anaconda would break his arm.

Unsurprisingly, that drew criticism from viewers complaining about false advertising, and that’s a valid complaint considering that the outcome was already known by the time Discovery was marketing it (unlike things like the Capone vault). PETA also criticized this for using animals as entertainment, and there were plenty of other objections. So it takes top spot in our list as the biggest one-off special disappointment ever. Here’s a video look at the top five:

Agree? Disagree? Have others we missed? Leave them in the comments, or reach out via Twitter or e-mail. Thanks for reading!