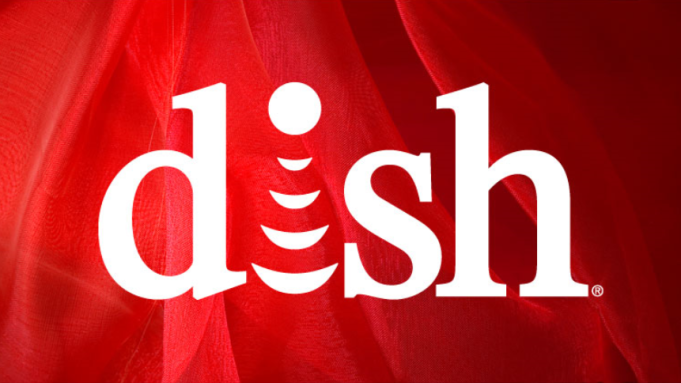 A piece from noted cable bundle and Disney critic Rich Greenfield and other analysts at Greenfield’s LightShed Partners Tuesday argued for multichannel video providers (MVPDs) to stop paying ESPN and other sports networks’ per-subscriber fees with lessened sports events available thanks to the COVID-19 pandemic, with even a URL of “If networks are not paying for sports, why are consumers? MVPDs must use force majeure.” That piece drew some skepticism, especially as most of it was clear lobbying for MVPDs to take that tactic, but it also included a line with some possible reporting, “We believe multiple MVPDs informed ESPN that affiliate fees should not be paid starting in April 2020 because sports content is not being delivered as specified in their affiliation agreements.” And now, Josh Kosman of The New York Post has named Dish as a MVPD trying this approach:

Dish Network, the nation’s fourth largest TV provider, wants to wiggle out of the $80 million to $100 million fees it’s supposed to pay ESPN for April broadcasting rights, one source said. The fees are due at the end of the month and Dish has told ESPN that it plans to use that money instead to lower the monthly bills of its roughly 12 million subscribers, the source added.

“Charlie Ergen is trying to get out of the ESPN contract by claiming force majeure,” a second source told The Post, referring to a contract clause that frees the parties from obligations due to an extraordinary event.

Disney’s ESPN has rebuffed the request, the second source said, but it’s unclear whether it will be able to enforce the payment.

It’s certainly more impactful to have an actual big MVPD listed as doing this, even if Dish declined comment to Kosman. And this does fit with Dish’s overall position and with their past strategies; they’re one of the few big pay-TV providers that doesn’t also own a batch of regional sports networks (as noted in our earlier analysis of Greenfield’s piece, competitors AT&T/DirecTV and Comcast both own RSNs, which have seen even sharper declines in viewership than ESPN, so they might not want to poke the subscriber-fee bear; Dish doesn’t have that problem), and they’re also a company that’s historically been very aggressive in carriage negotiations (which has led to long-running disputes with the likes of Fox, the former Fox/current Sinclair RSNs, Altitude and more). So if any big MVPD was actually going to challenge ESPN on this, it makes sense that it’s Dish.

But that doesn’t mean that this approach is a guaranteed success for Dish (and for other MVPDs if they try it). Yes, Dish could withhold the money for April and force Disney/ESPN to take them to court to get it, and any proceedings there would likely take quite a while (especially with COVID-19 restrictions lengthening the court backlog). But in any courtroom argument, Disney has at least somewhat of a case that ESPN is still providing desirable programming; yes, much of their studio programming has seen big audience declines, but they’ve had some record-setting content this month between The Last Dance and the NFL Draft, with the latter beating out the rest of TV in key demos during the week of April 23-26. (Of course, there are caveats there; the draft is a once-annually event rather than recurring programming, and it also pulled in audience from ABC and NFL Network. But still, a lot of people still wanted ESPN and still watched ESPN last week.)

And that speaks to something interesting that could potentially come of any withholding attempt from the likes of Dish. If Dish doesn’t pay those per-susbscriber fees There’s the chance that Disney could pull some or all of their channels from Dish in response. Whether they’d actually do so would depend on many factors, likely including contractual language, executives’ strategy, and more, but if they did, that could lead to some people switching away from Dish in order to keep Disney networks like ESPN, FX, Disney Channel and more. So this approach carries some risk on that front as well.

It’s also notable that very little of the programming ESPN is expected to air has been officially “cancelled” at this point, with most of it just postponed. Thus, if Dish insists on only paying this per-subscriber fee when that programming actually airs, and if ESPN goes along with that (or if it’s tied up in court for a while and the ESPN channels remain on Dish during that period), that could lead to a much bigger per-subscriber fee if we do get a glut of sports content this fall. And that could lead to some interesting challenges for Dish and for their subscribers.

The overall conversation about per-subscriber fees when sports networks aren’t airing what they’re expecting to air is a worthwhile one, and there’s certainly some merit to the discussion of “But you promised me events X, Y and Z in exchange for this fee.” Putting premium sports events on cable is why ESPN is able to keep their industry-high per-subscriber fees, and why they don’t just throw everything on ABC to maximize event viewership, and why it’s so important for them to keep properties like Monday Night Football. And it’s understandable why there’s some backlash from MVPDs about these fees with ESPN airing so much less sports than anticipated, and with studio shows’ audiences declining with no sports to cover. (Although it’s certainly interesting that this discussion has started with ESPN, which has still had a couple of very high-viewership events, rather than the RSNs, which have not.) But whether that backlash will actually lead to much is yet to be determined. It’s notable to have Dish listed as one MVPD trying this tactic, but we’ll see just how far they’re willing to push on it.