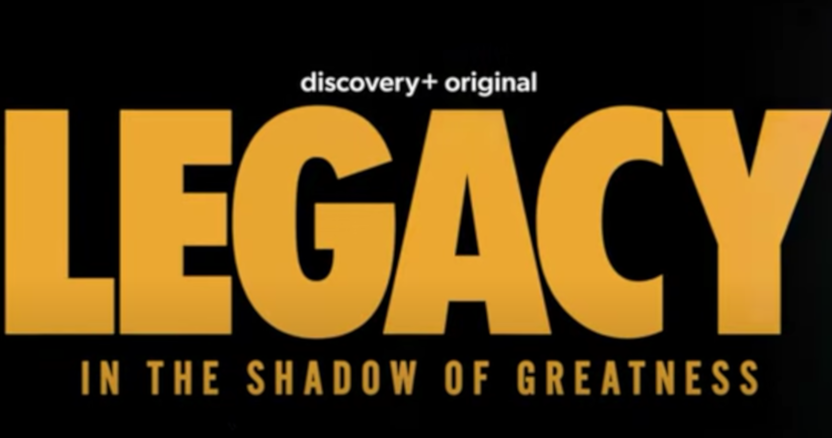 Most of us will never know what it’s like to be the offspring of a celebrity. However, imagine that one of your parents is a famous athlete. You’ll face unique challenges because the world will make assumptions, judge you, and demand that you be as good or better than your father or mother.

Discovery+’s Legacy: In the Shadow of Greatness attempts to illuminate what it’s like to be Zaire Wade, Evan Holyfield, and Vashti Cunningham. The six-part documentary series, directed by 11-time Emmy winner Jonathan Hock, debuts on the streaming service on March 8.

Even if their first names don’t immediately ring a bell, you might recognize their surnames. They are the children of Dwyane Wade, Evander Holyfield, and Randall Cunningham.

In some ways, the younger Wade and Holyfield have it tougher. They are trying to make their own names in the sports their dads excelled at, basketball and boxing. The younger Cunningham isn’t burdened in the same way, since she’s a high jumper. (Although, Randall Cunningham participated in track and field in high school before becoming a star quarterback in the NFL.). But all three walk the tightrope act of balancing competitiveness and expectations.

“It’s you and a basketball against the world,” Zaire Wade, 20, said in the documentary.

Hock knows how to get the best out of his subjects. He has directed several sports documentaries, including seven for 30 for 30 and ESPN Films. Here he lets the fathers and their children express their emotions candidly. In the Shadow of Greatness works because it feels raw and intimate.

The stories of these children are distinctive. The one that viewers might be most familiar with involves the Wades. Many were first introduced to Zaire Wade when he appeared with his father as a 1-year-old during the 2003 NBA draft when Dwyane Wade was the fifth overall pick. Wade won three championships with the Miami Heat and is one of the top five shooting guards in league history.

Those are lofty standards to live up to. Becoming a professional athlete is difficult enough. Now imagine trying to exceed or match your father in a team sport. For every Stephen Curry and Peyton Manning, there is a Jeffrey Michael Jordan or a Kareem Abdul-Jabbar Jr.

In the Shadow of Greatness begins with footage from Zaire Wade’s days at Sierra Canyon High School. You might recognize one of his teammates: Bronny James, the son of LeBron James.

We see Zaire Wade develop, fight through an injury and deal with doubters on social media. What’s heartwarming is the bond between father and son. The elder Wade was not heavily recruited out of high school before becoming an All-American at Marquette University, leading the Warriors to the 2003 Final Four.

Dwyane Wade comes across as supportive and realistic. When discussing the “family legacy,” he tells his son: “You may not be a superstar. You may just be a player good enough to play with superstars.”

Due to the popularity of the NBA, Zaire Wade, who is currently playing in the G League, probably will be the most-followed story of these three athletes in the future. But the most interesting one might belong to the Cunninghams.

Most NFL fans probably didn’t know Randall Cunningham was a member of the track team in high school. So, seeing his daughter as a long jumper might come as a surprise. Cunningham was a four-time Pro Bowler and one of the greatest athletes ever at the position. He made stunning plays and as good as he was at quarterback, he might have been a better punter.

What sets Randall Cunningham and Vashti Cunningham apart is how heavily he is involved in her coaching. Plus, the friction. In the Shadow of Greatness shows an argument over a chocolate beverage. Here Hock captures a moment that is relatable because all of us have had silly quarrels with our parents.

An exasperated Randall Cunningham snaps and says; “You’re rebellious and you don’t listen.”

Vashti, 24 and a two-time Olympian, said the disagreements increased when she became a pro: “Our biggest boundary was being able to communicate better… He went from being my coach and dad telling me what to do knowing that I had to follow it because I’m in high school, to me turning into a professional and having more of a voice.”

In contrast, the Holyfields appear less contentious. It helps that Evander Holyfield has turned his son over to a trainer. But the elder Holyfield puts a lot of pressure on his son Evan.

Evander “The Real Deal” Holyfield, the lone four-time world heavyweight champion, was inducted into the International Boxing Hall of Fame in 2017. And in In the Shadow of Greatness, Holyfield said pushing Evan is necessary.

Evan Holyfield, 24, doesn’t shy away from expectations. His goal is to join his father in the Hall of Fame. He’s off to an 8-0 start to his career.

“To be remembered beside his name would be an honor,” the younger Holyfield said.

Evan Holyfield, Zaire Wade, and Vashti Cunningham have a long way to go before they match their famous parents. But they seem to be finding their own voice and their definition of success.

Perhaps that’s the larger point of In the Shadow of Greatness.

Legacy: In The Shadow of Greatness will premiere on Discovery+ on March 8.