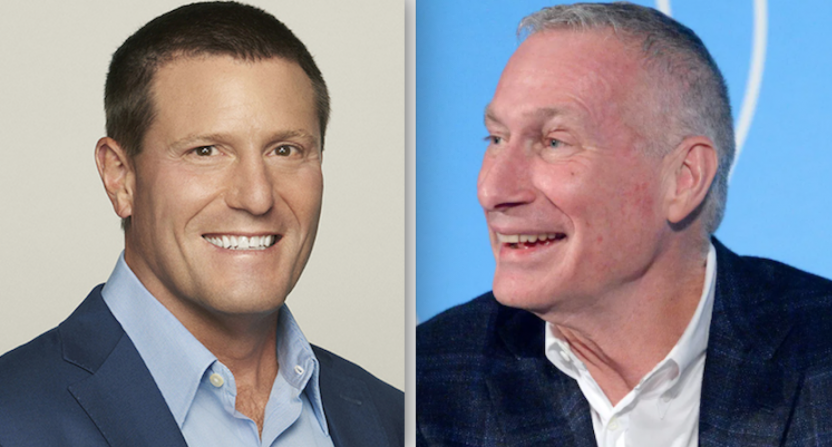 John Skipper’s departure from DAZN is now complete. And his successor probably shouldn’t be a surprise to anyone who follows corporate moves in media.

As reported by The Wall Street Journal‘s Joe Flint, Kevin Mayer is taking over as chairman of the sports streaming platform. The one-time Disney executive was once viewed as a candidate for the president position vacated by Skipper at ESPN, which was eventually taken by Jimmy Pitaro.

Skipper is leaving DAZN to launch Meadowlark Media with Dan Le Batard, a progressive sports media company that aims to produce a variety of content for outlets. Le Batard’s podcast will be the first program from the venture, which will also create scripted and unscripted content, including audio, television, film-length projects, and print.

Despite his new role with Meadowlark Media, Skipper will continue to serve as an advisor to DAZN and maintain a spot on the company’s board.

In his executive role with Disney, Mayer led the creation and development of the Disney+ streaming service. Acquiring BAMTech in 2017 was a key to establishing the technology necessary for both the Disney and ESPN streaming platforms. As Flint mentions in his WSJ report, Mayer also played significant roles in adding Pixar, Marvel, Lucasfilm, and 21st Century Fox to the Disney empire.

But when Bob Chapek was named Disney CEO, Mayer left the company for a chief executive role with TikTok. Yet Mayer’s stint with the social media platform only lasted three months, citing his position changing amid the Trump administration questioning the company’s ties to China and pressuring the company to sell its U.S. interests.

Since leaving TikTok, Mayer had been working with RedBird Capital, an investment firm which has acquired stakes in Yankees Entertainment and Sports Network, the XFL, Toulouse FC and Fenway Sports Group.

According to the WSJ, Mayer won’t have the exact same executive title Skipper held with DAZN. Rather than involvement in the company daily operations, his role will utilize his deal-making skills and focus on acquisitions to increase its global reach. DAZN currently has nine million subscribers in more than 200 territories around the world.

While Skipper was interested in pursuing U.S. sports rights deals beyond its stake in professional boxing, Mayer reportedly prefers to target expansion in European and European markets where major conglomerates are less entrenched. DAZN already has a footprint with rights to Italy’s Serie A and Germany’s Bundesliga.

“As Chairman, I’m looking forward to partnering with the management team and my fellow directors to help DAZN build on its impressive track record of success in developing a truly global sports platform,” Mayer said in an official statement.

“Since I began working with Access Industries [which owns DAZN] last year, I’ve been impressed with DAZN’s ambitions and ability to quickly grow from a new entrant to an important player in key markets throughout the world. I look forward to guiding DAZN’s strategic development into its next chapter.”