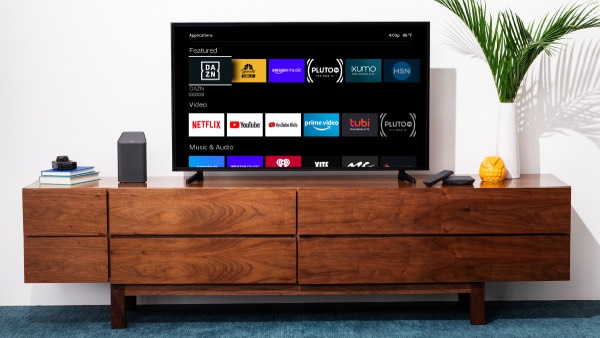 DAZN announced a major distribution deal with Comcast on Thursday which will make their digital streaming service available to Xfinity Flex and Xfinity1 subscribers. That’s similar to the deal NBC Sports Gold signed with Comcast earlier this year, but it marks DAZN’s first such agreement with a large-scale provider in the U.S.

“It’s a huge partnership for us in a number of ways,” DAZN Executive Vice President of North America Joe Markowski told Awful Announcing over the phone. “Comcast is a huge media partner, and any new entrant to the U.S. will always have an eye on partnering with them because their distribution into American households is behind no one in the set top box world.”

Markowski said that talks with Comcast took place over the last six to seven months, but really ramped up over the summer.

“They have a long history in boxing and they understand the power of boxing content,” he said. “So we moved through a pretty seamless commercial conversation. We see value in their distribution footprint, and they see value in our long-term boxing schedule.”

Not only will DAZN now have the potential to reach tens of millions of Comcast subscribers, but Markowski is also looking forward to benefiting from Comcast’s marketing might to help grow the service’s brand awareness and sales subscriptions.

“We won’t talk about our subscriber projections publicly,” Markowski said, “but this is going to supercharge what will already be a lucrative three or four-month period at the end of the year for us. Comcast is the first domino to fall. Many distribution partners watch what Comcast do and to have a stamp of credibility from them will free up a number of further deals to come.”

DAZN is in talks with other potential partners as well, Markowski said, but the company also took the Comcast deal as an opportunity to roll out its turnkey for operators partnership program where cable, satellite, mobile and internet providers have the ability to offer DAZN to their user base.

“This is a replication of a distribution model we have successfully rolled out in a number of our international markets, so we know what we’re doing in this space,” Markowski said. “We’re very confident in the model. We’ve seen success with it elsewhere, and in this U.S. this will be the first of many dominoes to fall.”

DAZN is also excited about the Comcast partnership because it comes on the heels of its major push for its fall fight programming, or what they’re calling fight season. That begins with Gennady Golovkin-Sergiy Derevyanchenko on Oct. 5, Rory MacDonald-Douglas Lima as part of Bellator 232 on Oct. 26, Canelo Alvarez-Sergey Kovalev on Nov. 2, YouTube stars KSI and Logan Paul on Nov. 9 and ending with the Andy Ruiz-Anthony Joshua re-match on Dec. 7.

“We believe it’s the strongest schedule ever assembled in the sport of boxing,” Markowski said. “It will maximize the impact we’re making to further make inroads in our position in the U.S. We’re continuing to invest in our schedule, invest in our marketing.”

In addition to making a big marketing push in individual markets and digitally, Markowski said there will be a big ad buy on NBC’s Sunday Night Football going into the Triple G match in October, so DAZN commercials could be up there among the TV show promos you could get tired of over time. Asked about whether the Comcast announcement had anything to do with the Alvarez fight from Las Vegas going directly against a Nate Diaz-Jorge Masvidal UFC card on ESPN+ that night from New York, Markowski said that this is an agreement that goes beyond a specific night of scheduling.

Markowski said that he expects the Canelo-Kovalev fight to be the biggest night in DAZN’s history in terms of sales and consumption, beating out the 1.2 million who wanted Alvarez fight Danny Jacobs in May. With Comcast adding tens of millions of potential subscribers, Markowski said he’s pumped about the momentum DAZN and the sport of boxing as a whole have right now.

“In the course of October through December, we’re going to have a supercharging of our audience base,” he said, “and I think given the quality of content we’re putting our month to month now, we’re going to get increasingly successful at retaining the audience beyond the night they come in.”