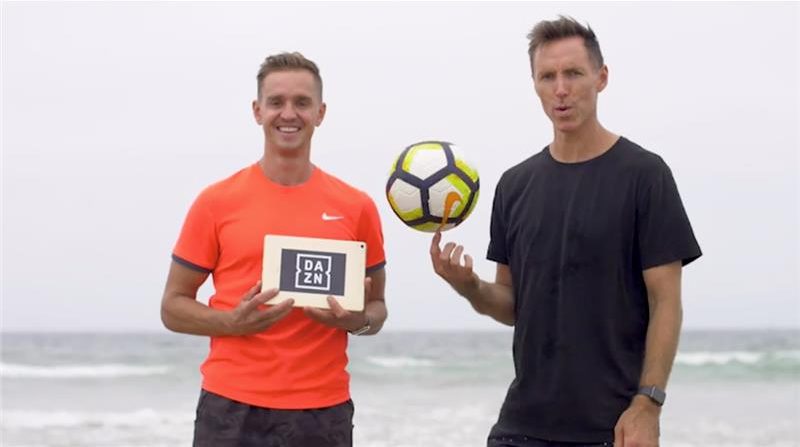 Turner Sports may be out of the UEFA Champions League game, but that doesn’t mean that former analysts Steve Nash and Stu Holden are also no longer involved.

Nash and Holden are teaming with DAZN to promote the Champions League in Canada, where the streaming company holds the competition’s exclusive rights.

The two are starring in a series of videos recreating memorable moments involving teams still in the Champions League knockout stages. The first video recreates Sergio Ramos’ injury time header for Real Madrid in 2014, while the second recreates Cristiano Ronaldo’s legendary goal of the year bicycle kick against Juventus in the 2018 quarterfinals.

Here’s that first video, with Nash and Holden taking turns jumping into a pool trying to smash the header into a net.

The subjects of the other videos include Lionel Messi, Neymar, and Alphonso Davies, Bayern Munich’s budding Canadian star.

Given Turner’s relatively recent exit from Champions League coverage (the first report about their exit came at the end of June), it’s somewhat surprising that DAZN was able to get something done with Nash and Holden so quickly.

In America, the conclusion of this season’s Champions League will air on CBS (with all but three games airing on CBS All Access) and TUDN, with those two broadcasters also owning the full tournaments from 2020-21 through the 2023-24 campaign.