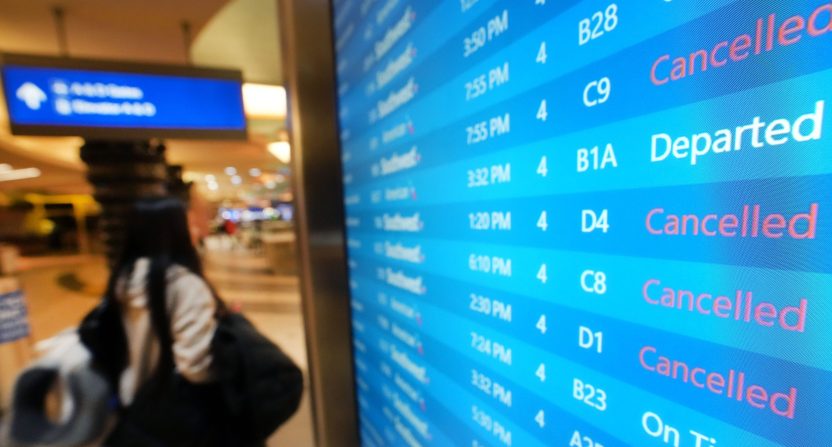 Planes, Trains, and Automobiles is not just an excellent 1987 John Hughes film with Steve Martin and John Candy, but also an apt description of some of the challenges many media members are facing trying to get to some bowls. The combination of last week’s severe winter storms across much of North America and the fallout for airlines (especially Southwest) around that has screwed up an incredible amount of travel, including for athletes. But it’s also messing up things for many media members who had counted on flying to bowl games post-Christmas, and are now having to find alternate road trip pathways. Here are a few of the many examples of that:

Spent all Christmas in the airport only to have flight to Miami canceled.

Headed to Orange Bowl via ?

Flight to the Holiday Bowl canceled. Staring down a 15 hour drive on Christmas to San Diego. pic.twitter.com/VoqGqathLu

SO I woke up to a canceled flight with none available until Wednesday. I’ve gotta get back to work & we leave Thursday for the Sugar Bowl

@SouthwestAir cancelled ? flights from major California hubs …during College Football ? Bowl and Basketball ? season…never thought I would say I am stranded in San Diego, but here we are!

And while it’s not in the media realm, UTEP basketball coach Joe Golding wound up as one of the real heroes here, volunteering to drive three stranded Pitt football players from Dallas to El Paso ahead of the Sun Bowl:

Just spoke with @UTEPMBB coach Joe Golding about driving his family + 3 @Pitt_FB players 9 hours from Dallas overnight to get them to El Paso for the Sun Bowl (@TonyTheTigerSB).

"I didn't even think twice about it…I would hope someone would do that for my kids." pic.twitter.com/0sOwT383X7

So there’s a lot of unexpected turning to roads here. Hopefully this doesn’t lead to anyone going the wrong way.

We send our best to the many, many media members trying to get to different bowls amidst all this travel chaos.

[Photo of Dec. 26 flight cancellations in Phoenix from The Arizona Republic, via USA Today]