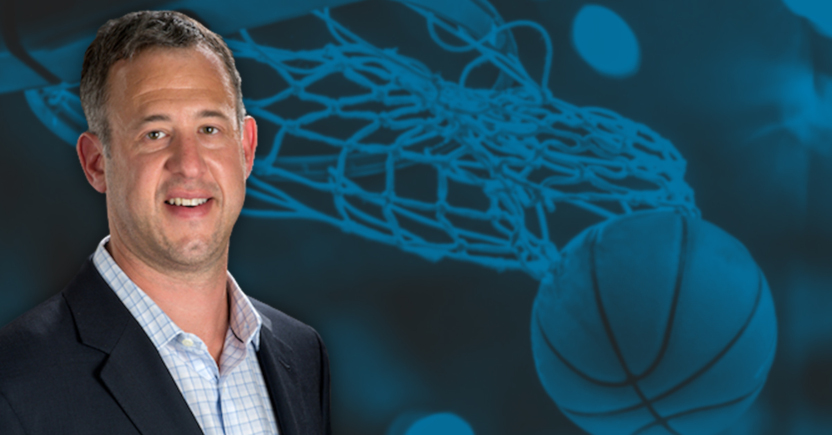 If you love college basketball, Jeff Goodman has got you covered. The Stadium Basketball Insider is a longtime expert who has worked for ESPN, CBSSports, and FOXSports. He and Doug Gottlieb have a new show on Stadium called Inside College Hoops which is broadcast daily at 1 p.m. Eastern time.

Awful Announcing recently caught up with Goodman to discuss his career, the state of college hoops, and overzealous fans.

AA: How is your job different at Stadium?

Jeff Goodman: “Way more autonomy. I can kind of do what I want now, which is a lot of fun. We’re starting a show with me and Doug Gottlieb just talking college hoops for half an hour. All the big topics every day. Doug and I are similar in a lot of ways. We’re not afraid to speak our opinion. Some people like it. Some people hate us. I think we’re both OK with it, and we have fun with each other because we can rip on each other. I think we both respect each other enough.”

What kind of challenges did you run into at ESPN?

“I loved my experience there for the most part but it’s hard because you’re one of so many there. They didn’t have a specific role for me. It was kind of like: ‘Do some sideline (work). Be in the studio.’ A lot of it was SportsCenter. That was probably the thing I was doing the most. I liked it but it also became a little repetitive. The last year I was there was kind of weird because the NCAA stuff broke with the FBI investigation. They basically told me to stand down and not to cover it. I still haven’t gotten an answer about that to this day.”

Could John Calipari to Texas ever be a reality?@GoodmanHoops and @GottliebShow break it down on Inside College Hoops ?? pic.twitter.com/CjQPEmSvaW

Right now, who is the best player in college basketball?

“It’s (Purdue’s) Zach Edey. And I can’t believe I’m saying that a 7-4 guy is the best guy who started playing basketball six years ago from Canada. He was a huge baseball player, a first baseman. When he got to Purdue, he was 320 pounds, overweight, and out of shape. He told me that ‘every time they threw me the ball I couldn’t catch it.’ He has gotten better and better every year. To me, he’s the National Player of the Year frontrunner.”

Who has done the best coaching job?

“Matt Painter. I didn’t have (the Boilermakers) ranked going into this season because they had a freshman point guard who hadn’t played in a year plus. In high school, he had been hurt. Braden Smith has been awesome. We knew Zach Edey would be good, but we didn’t think he’d be quite this good. T.J. Otzelberger has done an incredible job at Iowa State. You’re talking about a guy who didn’t fit in at UNLV. Look at what Nate Oats has done at Alabama. There are a lot of guys who have done great coaching jobs so far: Jerome Tang at Kansas State, Tommy Lloyd at Arizona.”

What coach hasn’t lived up to expectations?

“John Calipari, no question. That’s the guy everyone is crushing because he’s got the defending national player of the year in Oscar Tshiebwe. He’s got a lottery pick in Cason Wallace. He’s got shooters. He’s got everything he needs. That’s always been my question about Calipari: how good of an Xs and Os coach is he? … Their best win so far is in London against a Michigan team that is probably an NIT team. They’re losing patience with him in Lexington but he’s owed so much money. I’m sure the hope is that he’ll (leave) and find another spot. I’m sure a lot of people wouldn’t cry any tears if Texas hired John Calipari.”

Who will get the Texas job?

“I think Cal will be in the mix. But honestly, I think there are better options. I would wait to see if Billy Donovan is fired by the (Chicago) Bulls. If he doesn’t get another job in the NBA, Billy is not going to want to sit out. He wants to work. I don’t know if he has any interest in coming back to college. … Billy is a long shot but the one who would make more sense would be Jerome Tang. He (was an assistant) at Baylor, not far from Texas. He knows that area.”

How amazing is Keyontae Johnson’s story at Kansas State?

“It’s the best story of college basketball. This kid almost died two years ago on the court. We didn’t think he would ever play again. Now not only is he playing, but he’s one of the best players in the country. This kid gave up a $5 million insurance policy to play. He bet on himself. It’s obviously because of his love for the game and his hope that he can be an NBA player. I’m rooting for him.”

What five schools have the craziest fans?

“Kentucky is still 1. I don’t think Kentucky could be surpassed. After that, it gets a little tricky. Texas Tech fans are out of their minds. When Chris Beard went back to Texas Tech, it was insanity. He had to have five policemen escort him out to the court. When they came out for a shootaround, there were 2,000 fans yelling profanities at him. They go after me hard if I don’t rank them. Providence fans are underrated. Illinois is up there. It’s usually the fanbases who haven’t done much but are really hungry, other than Kentucky. Arkansas would be up there.”

How have Kentucky fans separated themselves?

“I had to change my phone years ago. Somebody got a hold of my number. I had written something on Calipari when he first got to Kentucky. I never listed my home number again. There were some college kids. You’d answer, and they would start screaming profanities. The same thing will happen with my cellphone. People will get my number, and knuckleheads will start screaming. You kind of deal with it.”