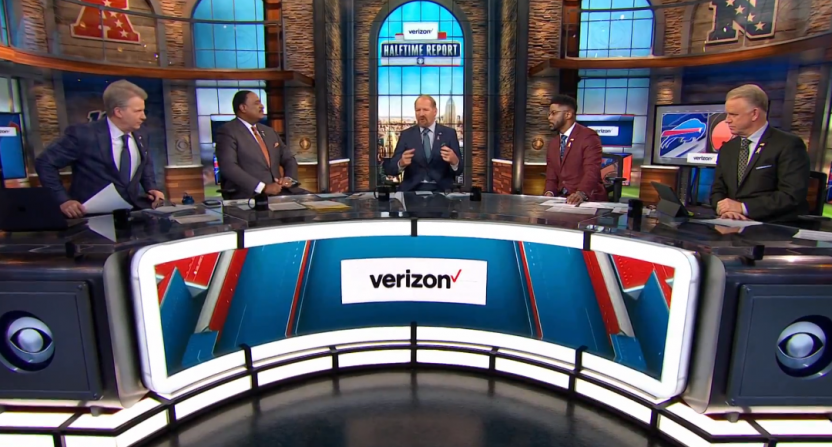 Colin Kaepernick held his own workout for six NFL teams yesterday in Atlanta after the NFL’s hastily assembled sham workout fell apart thanks to a variety of odd requests from the league, disagreement over media access, and a general lack of transparency.

ESPN’s Howard Bryant reported that among other things, the league presented Kaepernick with a waiver absolving the NFL of any liability should Kaepernick not be signed following the workout. Here’s Bryant’s entire thread, because it’s incredibly important to understand exactly why Kaepernick is distrusting of the NFL in general and with regards to this specific fiasco:

2) The Kaepernick team and the NFL had not formally spoken since February, after the two sides had agreed to settle his and Eric Reid’s collusion lawsuit, so to have a sudden Saturday workout did not ease the trust issues.

4) On Friday, in addition to not having media access, the NFL suggested that Kaepernick’s own team would be prohibited from filming the workout, thus leaving the NFL as the only entity with access to the video being sent to the 32 teams.

6) The NFL asked Kaepernick to sign a waiver that he would not sue the NFL in the event no team signed him from the workouts.The Kaepernick team countered with a standard injury form. As the issues remained unresolved, Saturday’s workout remained in jeopardy.

8) By 2:30 pm, the NFL officially rejected their requests. With the issues unresolved, the NFL workout collapsed and Kaepernick’s team proceeded to host its own workout, which after an hour at Charles Drew HS in Riverdale, just concluded. It appears 6 teams attended, from 24.

Some more context, from The Ringer’s Danny Heifetz:

The league gave Kaepernick just two hours to confirm his attendance and refused his request to move the date to a Tuesday, when teams usually schedule workouts, according to The Ringer’s Tyler Tynes. Teams host players for workouts often. But league executives, not team executives, organizing a workout for a single player on five days notice is unheard of.

These are all valid concerns, and while it may be impossible to compress the entire Kaepernick saga into one four-minute television segment discussing his workout yesterday, you would think including at least some of these specific points surrounding the workout would be important for the sake of reporting the story to viewers.

CBS’s The NFL Today crew did none of that, instead presenting a narrative that probably had the league offices applauding. After a cursory breakdown of Kaepernick’s workout video, Phil Simms offered his own analysis, in which he essentially writes off Kaepernick’s playing future (while also mangling the language as you’d expect.)

Nate Burleson was next, and he offered by far the strongest dose of reality, pointing out how the league was attempting to control the narrative and why Kaepernick was understandably resistant to that.

After Burleson came Boomer Esiason, who basically says outright that Kaepernick is just angling for a payout from the NFL, while positioning the league as the victim:

(Boomer is fine with Maurkice Pouncy kicking Myles Garrett in the head, so that’s who you want commenting on actual issues.)

And then came Bill Cowher, providing the sort of critical read of the situation you expect from an elderly relative who consistently falls for email scams:

Cowher starts with openly wondering why Kaepernick was choosing to have this workout now, immediately exposing himself as being ignorant to the entire situation he’s offering thoughts on. It’s a truly embarrassing stretch from there, with Cowher saying Kaepernick doesn’t even want to play football. Thanks for telling us what he’s thinking, Bill!

Things wrap up with James Brown, delivering the longest statement of all, which closed by treating yesterday’s scrapped workout as a missed opportunity for Kaepernick to build a bridge, as though the NFL were acting with nothing but pure intentions.

With the exception of Burleson, it was just a disaster all around, and as far away from you can get from the actual events of the week: the NFL tried to yank Kaepernick around in comically inept fashion, and Kaepernick can still play.

After today’s workout in Atlanta, an NFL executive at Colin Kaepernick’s throwing session said his arm talent is “elite” and is the same as when he came out of college. He said that Kaepernick threw the ball well.

Expecting an unbiased dive into the facts of the situation from a group of former players and coaches on a show designed to flatter a rights partner is obviously expecting too much. But viewers still deserved much better than this.