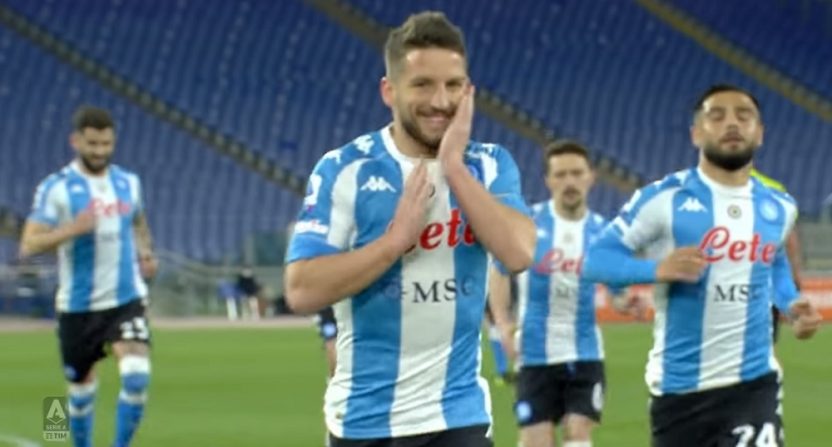 Score one for CBS. Italian journalist Marco Bellinazzo tweeted that CBS Sports and Paramount+ had scored the rights to Italy’s Serie A for the next three seasons, starting with the 2021-22 season.

Per Bellinazzo, CBS will be paying 55 million (though it’s unclear whether that is in US dollars or Euros, and whether that’s per year or [more likely] for the entire three year pact) for the rights.

World Soccer Talk reports that ESPN was “very competitive” with CBS in trying to retain the rights.

The Sports Business Journal pegged the cost at $75 million US *per season*, with the Coppa Italia also included.

.@CBS lands the rights for Serie A and the Italian Cup worth about €64M ($75M) per year for the next three seasons.https://t.co/3v2pg2rTRy pic.twitter.com/hiGdijUNsx

This would be a major coup for CBS, as the rights for the previous three seasons were held stateside by ESPN, which aired most of the matches on ESPN+. The Serie A rights would join the UEFA Champions League, Europa League, and next season’s Europa Conference League, the NWSL, the top leagues in both Brazil and Argentina, and various Concacaf matches.

Acquiring the rights to a top five European league is huge for CBS, as it shows that the network is a true player in the soccer rights landscape in America. Contrast that to Turner, who acquired the UEFA rights and then just sort of stopped caring about bolstering their portfolio of top-tier soccer rights.

To me, this is more about CBS and less about ESPN. ESPN+ still has plenty of live soccer (highlighted by the Bundesliga, England’s domestic cups, and MLS), and while losing Serie A hurts, it’s merely a flesh wound for the service. As for CBS, the Serie A rights likely won’t be a bigger driver of subscribers than the Champions League rights, but every little bit can only help.