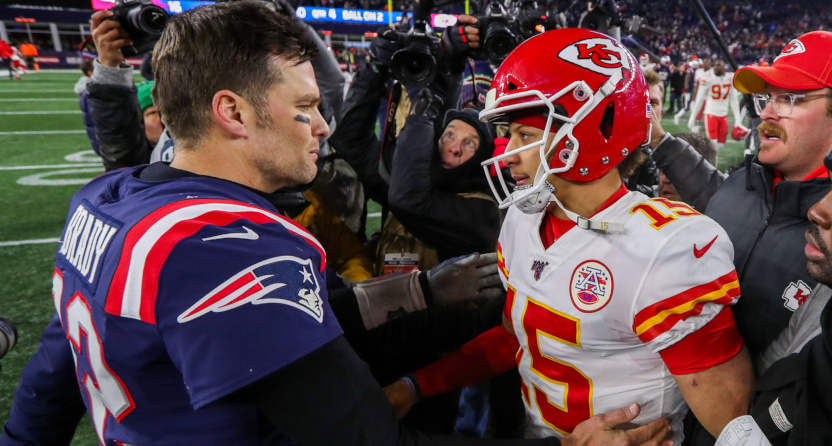 It wound up being quite a good weekend of football for CBS. On Saturday, they averaged 13.703 million viewers for the SEC Championship game, and on Sunday, they pulled in big numbers for their afternoon NFL window (largely the Kansas City Chiefs’ 23-16 win over the New England Patriots, with some parts of the country seeing Pittsburgh Steelers-Arizona Cardinals or Tennessee Titans-Oakland Raiders). Here are those numbers:

CBS Sports’ Week 14 NFL doubleheader game coverage on Sunday, Dec. 8 scored in the ratings with its best regular-season rating in the national game window in the metered markets in four years.

THE NFL ON CBS’ national 4:25 PM, ET game window earned a 17.5/35 average household rating/share in the metered markets, a +17% increase versus last year’s comparable eighth doubleheader coverage (15.0/31; Week 16 – 12/16/18) and the highest-rated game of the day on any network. Yesterday’s national game window was highlighted by the Kansas City-New England, Pittsburgh-Arizona and Tennessee-Oakland games.

That Week 16 window last year was Dec. 23, and featured the Steelers and the New Orleans Saints nationally (except for in the Cardinals’ home territory thanks to their game against the Los Angeles Rams taking place on Fox). That Steelers-Saints game went down to the wire, with the Saints winning 31-28, so that’s not a bad game at all to be up from.

The season-long numbers are also impressive, and they fit with the general growth we’ve seen for NFL ratings this season (including CBS pulling their best Thanksgiving rating in 27 years for Bills-Cowboys, part of the NFL on CBS success here). We’ll see if that continues heading into the playoffs and Super Bowl LIV (on Fox); remember, the regular season ratings also rose year-over-year last year, but Super Bowl LIII delivered the lowest viewership since 2009 (even with streaming counted). So far, though, the NFL’s numbers are looking pretty good.