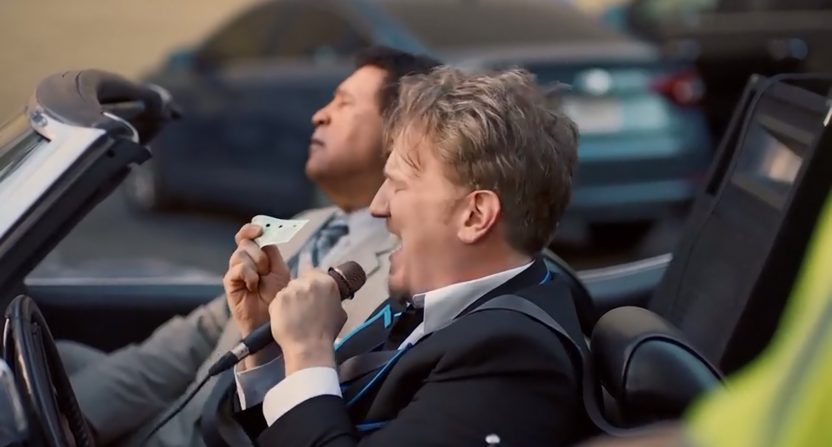 With CBS/Turner Sports having the template for producing and televising the NCAA Men’s Basketball Tournament down pat in its seventh year, it’s time to take a look at how they did in the first week of March Madness 2017. For the most part, CBS/Turner elected to stay pat for most of its announcing lineup and it has paid dividends. There have been a few additions such as Debbie Antonelli, Lisa Byington, Steve Lavin and host Casey Stern, but overall, this has been a cast of holdovers on the CBS/Turner consortium.

Let’s take a look at what’s worked and what hasn’t worked for this year’s tournament. This year, we’ll add a”Most Hilarious Moments” category as well.

As we told you yesterday, the opening week for the 2017 NCAA Tournament was the most-watched since 1993. Bolstered by some compelling games on Sunday, viewership for the first week of the tournament averaged 9.325 million viewers an increase of 10% from last year. But without Duke playing in the second week, can these numbers be sustained? We’ll find out.

The studios in both Atlanta and New York have done yeoman’s work during the first week. Casey Stern made his tournament debut in 2017 at Turner Sports headquarters and formed a cohesive team with Seth Davis, Brendan Haywood and various rotating analysts.

Haywood made valid points and it was good to see CBS Sports Network and MSG Network analyst Wally Szczerbiak making the move to the New York side this past weekend filling in for both Charles Barkley and Kenny Smith after working the First Four games on truTV the past few years.

Szczerbiak was the only analyst to pick Wisconsin to beat Villanova on Saturday.

Ernie Johnson and Greg Gumbel are pros at handling the main desk in New York and hand off well to Clark Kellogg, Charles Barkley and Kenny Smith. This has probably been the smoothest year for the studio.

Ian Eagle, Kevin Harlan and Brian Anderson continue to be play-by-play standouts for CBS/Turner. Spero Dedes had the fortune to have a couple of great games in the Sacramento pod on Sunday.

Bill Raftery and Grant Hill have become a solid analyst team. They work well off each other and make for a good listen.

In his first year on the NCAA Tourament, Steve Lavin showed he has the potential to become a mainstay with CBS/Turner. Partnered with Ian Eagle, Lavin was on top of trends and bench moves.

Bringing in Debbie Antonelli was a good move by CBS. She made salient points and worked well with Mike Gminski on analysis.

In her second year on the NCAA Tournament, Ros Gold-Onwude continues to impress. She doesn’t ask cliched questions and attempts to go beyond the hackneyed “How do you feel/What was in your mind” queries. She deserves the opportunity to go the regional finals.

Lewis Johnson who works for the Pac-12 Network during college basketball season is very smooth on the sidelines.

If you have an announcer with the resume of Brad Nessler and you don’t use him, that is a massive oversight. CBS Sports Chair Sean McManus basically said there’s no room at the inn this year. Let’s hope that is rectified in 2018. Nessler should be calling at least the first week of the tournament.

The unforunate slip of the tongue by analyst Jim Spanarkel saying “I’ve learned not to argue with pretty women.” If you aren’t aware of what happened, you can read our recap here. 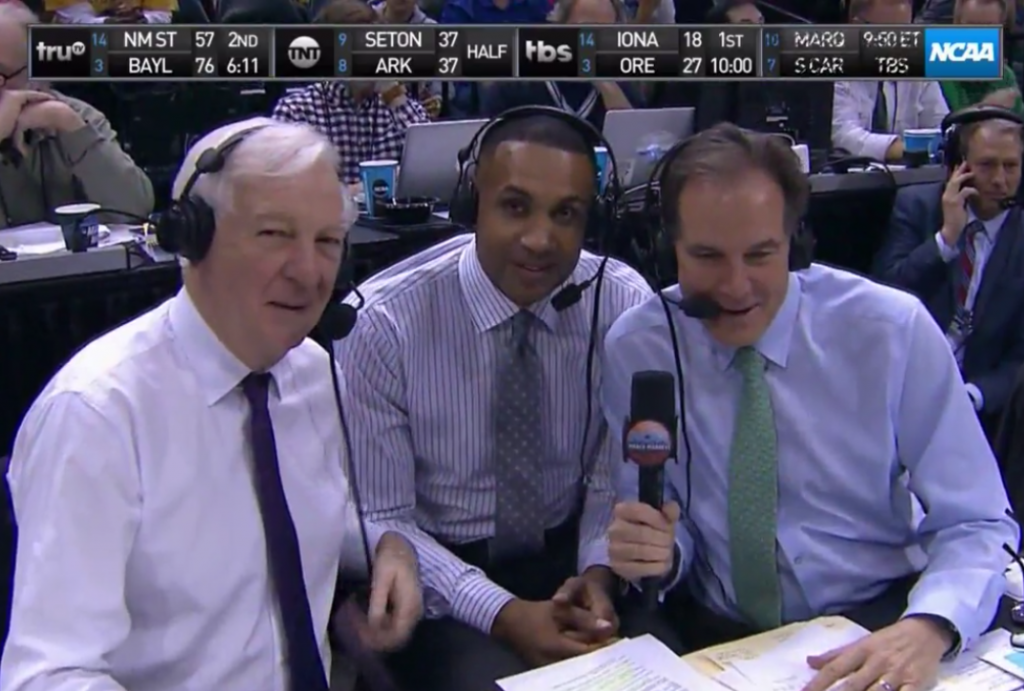 CBS was hit with another power failure during the last minute of the Michigan-Oklahoma State game forcing Tracy Wolfson into emergency play-by-play and then causing Jim Nantz, Grant Hill and Bill Raftery to share one microphone. It wasn’t a power failure of the proportions of Super Bowl XLVII at the Superdome, but it seems to be CBS’ misfortune to get hit with outages at the most inopportune moments.

TOO MANY AT&T ADS

With so many timeouts in the final moments of games, CBS/Turner tends to play the same AT&T commercials over and over again. The AT&T unlimited plus ads featuring Greg Gumbel and Wedding Singer/Hangover singer Dan Finnerty are not only annoying, they make you want to punch your TV. I would embed the ads here, but you don’t want to be reminded of a negative so I won’t.

And the ads that feature the guy quoting movie and TV lines at every turn are even worse. If he ever came into my elevator shouting “Hodor! Hodor!” I would close the door on his hands. The AT&T ads are seemingly played in every break and they have become unbearable very quickly.

It’s understandable that CBS/Turner have to make their money back on their rights fees, but playing these AT&T commercials ad nauseum is not helping the viewing experience.

Verne Lundquist gets hit with a basketball before the West Virginia-Notre Dame game,

Brendan Haywood and Charles Barkley go at it during a crossover between the Atlanta and New York studios when the Chuckster denied that Haywood was a shot blocker.

"I blocked plenty of jump shots. If you go to UNC and look up in the rafters, number one shot blocker all-time…" – @bwood_33 #MarchMadness pic.twitter.com/7aVb8aF6kk

And that wraps up this latest edition of “The Good, Bad and Ugly.”