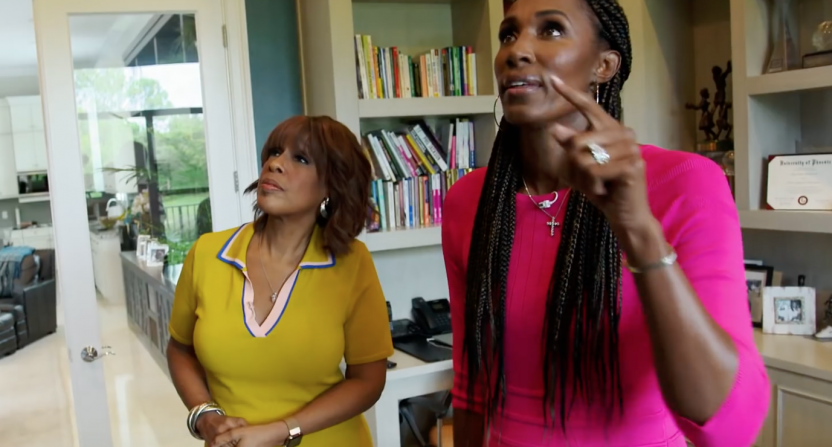 CBS This Morning‘s Gayle King is upset with network producers and executives for releasing a “salacious” clip of her interview with Lisa Leslie regarding Kobe Bryant that was “totally out of context.”

During the interview, which aired Tuesday morning, King and Leslie discussed a variety of topics including her friendship with Bryant, Bryant’s obsessive admiration of Michael Jordan, his advocacy for women’s basketball (and daughter Gianna’s developing skills), and how his legacy might be affected by sexual assault accusations in 2003.

But in promoting the interview, CBS released an excerpt of King asking Leslie how she reconciles that sexual assault case with her perception of Bryant and his legacy. Conveying the perception that King’s conversation with Leslie focused largely on that 2003 case, which was dropped after Bryant’s accuser refused to testify. (The two sides eventually reached a settlement out of court with Bryant issuing a public apology.)

That opened King up to heavy criticism with detractors saying she shouldn’t have brought up the sexual assault case when Leslie was still grieving, that she was taking advantage of Leslie’s friendship with Bryant and her womanhood. Backlash over the clip is what compelled King to issue a response on her social media in which she denounced CBS focusing on that part of the conversation.

“If I had only seen the clip that you saw, I’d be extremely angry with me too,” King said. “I am mortified, I’m embarrassed, and I am very angry. Unbeknownst to me, my network put up a clip from a very wide-ranging interview, totally taken out of context, and when you see it that way, it’s very jarring.”

“I’ve been told, or I’ve been advised, to say nothing,” King continued. “Just let it go. People will drag you, people will troll you, it’ll be over in a couple of days. But that’s not good enough for me. Because I really want people to understand what happened here and how I’m feeling about it.”

In May, King agreed to a new multi-year contract with CBS paying her $11 million annually and she was made the centerpiece of a revamped CBS This Morning show with co-hosts Anthony Mason and Tony Dokoupil. With that prominent role, she likely had no reservations about speaking out against the network. King’s job won’t be in danger and publicly rebuking how her interview had been promoted will almost certainly generate more support for her work.

But King also wants to be taken seriously as an interviewer and journalist, which is surely why she asked Leslie about Bryant’s sexual assault accusations. Had she not done so, she would’ve been criticized for conducting a soft interview that glossed over underlying concerns.

As we’ve seen, however, addressing that period of Bryant’s history in light of his death has been a difficult matter. Washington Post reporter Felicia Sonmez was briefly suspended by the newspaper after tweeting out an article about the sexual assault case that editors say “displayed poor judgment.” Following media backlash, including opposition in the Post‘s own newsroom, Sonmez was reinstated.

Many fans don’t think it’s appropriate to bring up tawdry issues from someone’s past after death, especially when Bryant wasn’t convicted, had done much to promote women late in his career and post-career, and had devoted himself as a father to four daughters. But can Bryant’s story be fully told without mentioning that period of his life?

Here is the segment of the CBS This Morning interview that the network posted online. King and Leslie discuss Bryant’s sexual assault case at the 3:10 mark: