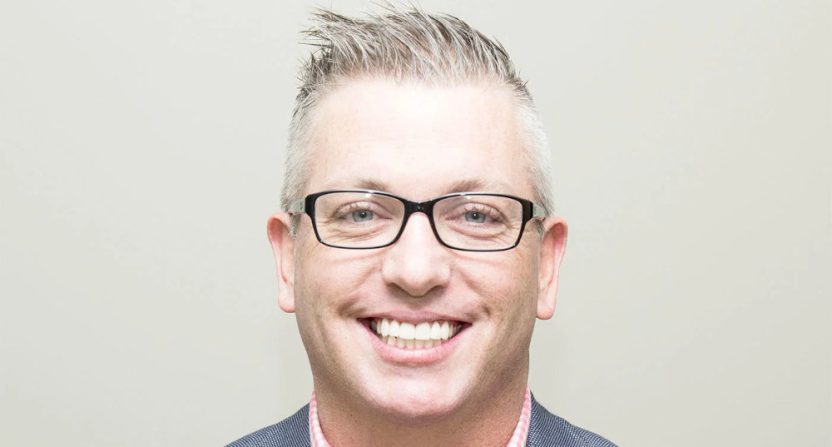 Gary Parrish is your go-to guy for college basketball. The CBS Sports columnist and TV analyst is the host of the Eye On College Basketball podcast and The Gary Parrish Show on 92.9 FM in Memphis. Awful Announcing caught up with Parrish to get his thoughts on the upcoming season.

“I don’t think there is one, but there are a bunch of good ones. Among them: can North Carolina pick up where it left off last season after returning four starters from a team that played for the national title? Some people would say that was not a good team, but a team that got hot late. I don’t believe that. Can Gonzaga win its first national title? Can Kentucky bounce back from that loss to Saint Peter’s and make the Final Four? Jon Scheyer’s first year at Duke is a big story. He’s recruited well to set himself up for success. But can he do the job on game day? Can Kelvin Sampson take Houston to the top of the sport?”

How has NIL (student-athletes’ ability to monetize their name, image, and likeness) impacted college basketball?

“We have a lot of guys back who otherwise wouldn’t be in college. Without (NIL), I don’t know if Drew Timme, Oscar Tshiebwe, Armando Bacot would all be in college. But because they are flawed NBA prospects who can make a lot of money legally now, they all returned to school. That leaves us with some familiarity at the top of the sport, which is interesting.”

Who will be the biggest impact freshman?

“Nick Smith at Arkansas. He’s a 6-4 combo guard who projects as the best player on a preseason top-10 team, a team that has a chance to go to the Final Four for the first time since 1995. You could go with Dereck Lively II at Duke, Keyonte George at Baylor. Maybe even Cason Wallace at Kentucky. But I’m not convinced Cason Wallace is going to be the best player on his team because of the presence of Oscar Tshiebwe.”

Who will be the biggest impact transfer?

“Depends on how you define that. I don’t think Memphis is a national championship contender, but Kendric Davis is in my opinion a preseason second-team All-American. He transferred from SMU to Memphis. He’s going to have a big impact.

“If you’re looking for a transfer who could impact a national championship caliber team, Gonzaga got (Chattanooga transfer) Malachi Smith. the reigning Southern Conference Player of the Year. He can play a big role. North Carolina got Pete Nance out of Northwestern to fill the role that Brady Manek vacated.”

Is there a mid-major team to watch?

“Dayton looks like the best mid-major team in America. Anthony Grant had some nice freshmen last season and surprisingly was able to keep them out of the transfer portal. A.P. voters put Dayton as a preseason top-25 team for only the second time in history. They’re the favorite in the Atlantic 10, slightly above Saint Louis. They have a chance to have a special season.”

Which coaches are on the hot seat?

“There are the traditional hot seat candidates: Mike Hopkins at Washington, Josh Pastner at Georgia Tech, Brad Brownell at Clemson. But the guy with the most pressure on him is probably John Calipari at Kentucky. To be clear, I don’t think a bad season will lead to him losing his job. Especially with the class of 2023 yet to enroll. But Kentucky hasn’t won a title since 2012, hasn’t been to a Final Four since 2015. Two years ago, they had the worst season in modern Kentucky basketball history. (Last season), they had a first-round loss to Saint Peter’s. John is under a lot of pressure.

“I don’t think it helped him at all that Bill Self won his second national title last year. Kentucky fans are saying ‘if the guy at Kansas can win two and do it with much less heralded prospects, why are you still stuck at one?'”

Are the powers that be going to ruin the NCAA tournament by expanding it?

“I don’t like it. I wouldn’t vote for it. But I would stop short of saying they’re going to ruin it. There is still going to be a bracket. They are still going to be games. Presumably, there will still be automatic qualifiers. Once the NCAA tournament starts, it will look a lot like what we’re familiar with. We’ll enjoy it the same way we’ve always enjoyed it. We have expanded the NBA playoffs. We’ve expanded the NFL playoffs. We’ve expanded MLB playoffs. It doesn’t ruin any of those things. Even if people initially complained about them.”

Memphis is a great food city. If you’re going to impress someone, which restaurant would you choose?

“My favorite traditional steakhouse is Folk’s Folly. It’s a classic, family-owned steakhouse. I’ve been going there for more than 20 years.”