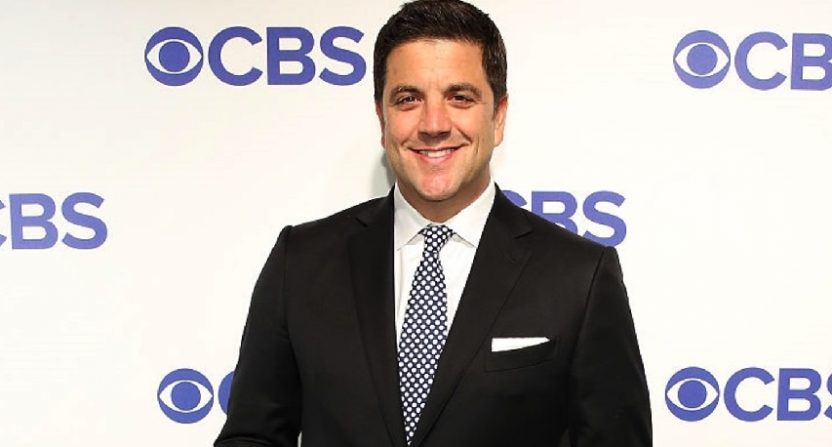 Former ESPN, ABC and NBC Sports anchor Josh Elliott is again on the move. This time, however, he’s moving to a different part of the company for which he currently works.

On Friday, Elliott announced he was leaving CBSN, CBS News’ streaming video channel, for a position at CBS News. Among the roles he’ll fill is one of the rotating replacements for CBS This Morning co-host Charlie Rose, who announced on Wednesday that he was having heart surgery and would be off the air until at least March.

(Rose underwent a successful procedure to replace his aortic valve on Thursday.)

According to a statement from CBS News, Elliott will also be working field assignments and reporting longform features across all of the network’s news programming, including CBSN. He had been the lead news anchor on CBSN from 7 a.m. ET to 1 p.m. ET.

But apparently, Elliott’s move wasn’t only news to media reporters and observers. His bosses weren’t aware that Elliott was changing positions until the anchor announced it during a broadcast.

“It was surprising news — not least to CBS News execs, who had no idea he was announcing his plan to leave the online station. ‘This is a mess of epic proportions,’ said a network source. ‘Nobody at the top at CBS News knew that Josh was going to do that.'”

According to the report by the Post‘s Oli Coleman and Emily Smith, Elliott moving to CBS News had been in the works recently in discussions with Laurie Orlando, CBS News’ senior vice president of talent strategy. Yet it appears that Elliott made the jump more quickly than expected and without letting top executives (including Orlando) know. The Page Six report says that Elliott’s executive producer was supposed to notify CBS News executives of the move.

As has often been the case when Elliott has taken positions at other networks, there are rumors of him eventually landing in a top anchor seat. Upon leaving ABC News and Good Morning America for NBC, rumblings of him being groomed to succeed Bob Costas as host of the network’s Olympics coverage or take over for Matt Lauer on the TODAY show accompanied the move. NBC quickly made it clear that Elliott would only be working at NBC Sports. He was there for two years before leaving for CBS.

With the move to CBS News, talk has circulated that Elliott could replace Scott Pelley as anchor of CBS Evening News. Pelley has been the face of CBS News since 2011 when he succeeded Katie Couric as lead anchor for the network’s evening newscast. According to Page Six, CBS executives have denied that Elliott is on that path.

UPDATE 02/13/17: Maybe Elliott shouldn’t have essentially given himself a promotion or new job title without running it by top network executives first? Someone in upper management was ticked off by this situation, as Elliott was fired by CBS News Monday morning. According to the New York Post‘s Emily Smith, the decision was made by CBS News president David Rhodes. The main issue appears to have been that Elliott announced his move during his CBSN streaming broadcast, showing poor judgment. After meeting with Rhodes, Elliott was reportedly escorted out of the building by security.

Deadline’s Lisa de Moraes reports that Elliott’s CBS News contract ran through April 2018, which could mean that the anchor and reporter won’t been seen on the air for more than a year.