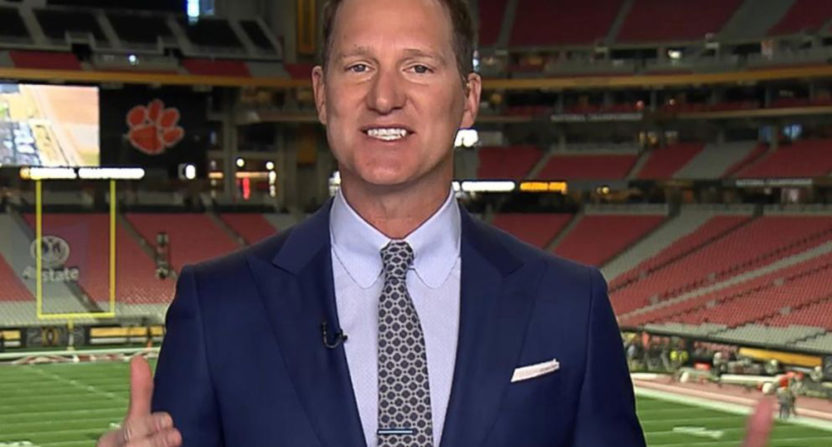 Danny Kanell is keeping himself busy. Kanell was among the ESPN cuts in April, but has since signed deals to work as a FS1 college football announcer for select games and as a host of a daily radio show (with Jason Horowitz) on Sirius XM. Now, he’ll be working with yet another media outlet, with CBS announcing Thursday that they’ve added Kanell to “cover all sports across digital platforms“:

CBS Sports Digital announced today that Danny Kanell will join its team covering all sports, including college and NFL football, across digital platforms, including CBSSports.com and the CBS Sports app for mobile devices and connected TVs. Beginning Sept. 9 with SEC Live coverage, he will contribute to all facets of content, including video programming, podcasts and written content.

“Danny brings a wealth of experience and insider knowledge to our team, and we’re excited to have him on board,” said Jeffrey Gerttula, Senior Vice President and General Manager, CBS Sports Digital. “His versatility as an analyst and host will bolster our coverage of football and all sports as we create more content for sports fans on any device.”

“I can’t say enough about how excited I am for this opportunity to join CBS Sports Digital,” said Kanell. “As our industry is changing by the minute, I wanted to be part of a company who is at the forefront of delivering content directly to the consumer on multiple screens. I’m proud to be a member of the CBS Sports family.”

Kanell is most known for his college football coverage, but he did talk all sports while co-hosting a daily radio show with Ryen Russillo at ESPN. The release also notes that in addition to playing quarterback for Florida State (and in the NFL with the Giants, Falcons and Broncos), he also played two seasons of baseball for the Seminoles and was drafted twice by MLB teams, in the 19th round by the Milwaukee Brewers out of high school and in the 26th round by the New York Yankees after his junior year of college. He even played minor league baseball for the independent league Newark Bears in 2001, batting .237/.266/.355 in 25 games. So, he did some of the same things as Tim Tebow long before Tebow came on the scene.

Adding Kanell makes sense for CBS, as he’s versatile both in the sports he can cover and in the platforms he can appear on. And he should beef up their digital coverage of the NCAA in particular, and may have a fair bit to contribute on other sports as well. We’ll see what he does there.