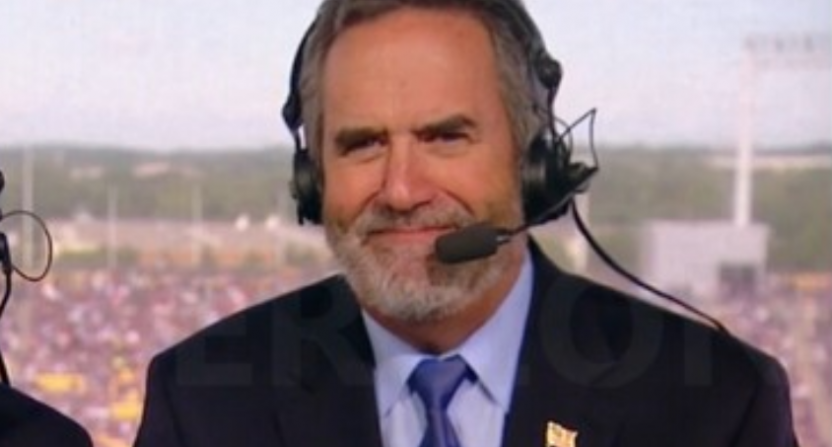 Surprising news comes from CBS Sports regarding their NFL broadcasting teams. Andrew Marchand of the New York Post reports that the network has parted ways with Dan Fouts, the analyst on CBS’ No. 2 NFL pairing with Ian Eagle.Any cutback in sports media these days can be connected to the COVID-19 crisis, but that’s not the case here. According to Marchand, Fouts’s contract expired at the end of last season and apparently the network decided to move on. (Awful Announcing readers ranked Eagle and Fouts No. 4 in 2019’s NFL announcer rankings.)Who will replace Fouts alongside Eagle in CBS’s No. 2 NFL booth (and call the network’s new wild-card playoff telecast)? Fox’s Charles Davis is reportedly the top choice for that spot.Davis is currently the analyst on Fox’s No. 2 team with Kevin Burkhardt and Fox Sports wants to keep him. He’s been with Fox since 2006, beginning on college football telecasts. Davis moved to NFL coverage for the 2008 season in a studio role and began calling games in 2013. He and Burkhardt have been Fox’s No. 2 pair since 2017. (Burkhardt and Davis placed No. 6 among 2019 NFL broadcast teams.)https://youtu.be/fUnL_ZTHA5wCBS is also considering an in-house promotion that would move Trent Green up from the No. 3 team with Greg Gumbel. Green has been with CBS since 2014 and his profile appears to be on the rise.Could Jay Cutler also be in play as Eagle’s new partner? He recently mentioned talking with networks about TV work and expressed a preference for game broadcasts rather than studio analysis. CBS is where such a role would presumably exist. In 2017, Cutler was lined up to join Burkhardt and Davis in Fox’s No. 2 booth before opting to return to the NFL, so his potential as a broadcaster was apparently well-regarded.Fox was reportedly ready to lose Davis and was hoping Greg Olsen might take his place alongside Burkhardt. But that was no longer an option Olsen decided to play at least one more NFL season, signing a contract with the Seattle Seahawks. Drew Brees was also under consideration until he also opted to return to the NFL. But it also appears that ESPN may be making a hard run at him once he retires.[UPDATE: NBC has secured Brees’s entry into broadcasting, agreeing to a contract with the quarterback that will begin upon retirement from the NFL.]https://www.youtube.com/watch?v=HDG0j3AxF6UFouts, 69, had been with CBS since 2008 but this was his second turn with the network. The Hall of Fame quarterback originally began his broadcasting career as an NFL analyst with CBS in 1988 following his 15-year career with the San Diego Chargers.After five years, he left to be the sports anchor at San Francisco’s KPIX. Fouts then returned to game analysis, calling college football on ABC with Brent Musburger. He bounced between college football and NFL broadcasts, including a two-season stint on Monday Night Football. (And that booth, with Al Michaels and Dennis Miller, was worthy of parody on Saturday Night Live.)Whether or not Fouts will stay in broadcasting isn’t known right now. Marchand speculates that if so, Fouts would likely return to college football at another network.[New York Post]