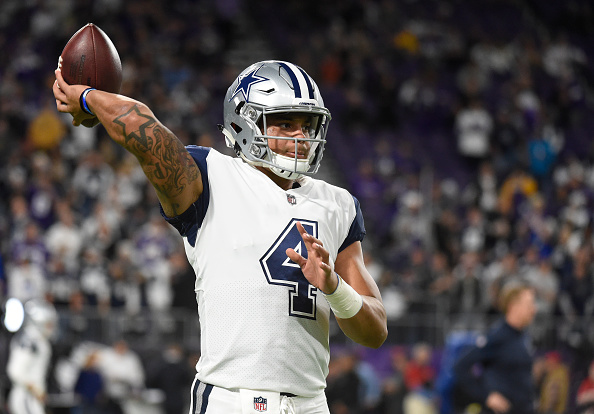 Another day, another major cable and satellite dispute that could have a major effect on sports fans.

The latest impasse is between Dish Network and CBS. And unlike examples that feature a lot of posturing and threats on both sides before a deal gets done at the eleventh hour, CBS has already gone dark on Dish Network in 14 major markets around the country. As has CBS Sports Network.

One of Americans’ most sacred Thanksgiving traditions is hanging in the balance. Don’t worry… as far as we know, there’s no shortage of turkeys. But those who enjoy watching the Dallas Cowboys play each year might be disappointed, as a retransmission consent dispute between CBS and DISH Network threatens to keep fans in 14 markets from watching “America’s Team” take on the Los Angeles Chargers.

Both teams’ home markets—Dallas-Ft. Worth and L.A.—are among those that would be impacted, as are New York, Chicago, Philadelphia, the S.F. Bay Area, Boston, Detroit, Minneapolis-St. Paul, Denver, Miami, Sacramento, Pittsburgh and Baltimore. KeepCBSOnDISH.com, the site where CBS is directing DISH customers, states viewers can expect to lose their stations Monday night at 11:59pm MT (DISH is based in Colorado).

The broadcaster began warning viewers of a possible blackout during Sunday afternoon NFL action. Any blackout related to the dispute would impact the CBS O&Os in the 14 markets mentioned above, as well as its eight CW affiliates, three independent stations and two MyNetwork TV stations. CBS-owned cable nets CBS Sports Network, The Smithsonian Channel and Pop are also in jeopardy of being blacked out to all DISH customers. Showtime, however, would not be affected. Interestingly, CBS is only promoting the potential loss of the broadcast programming.

CBS Sports has urged its followers to reach out to Dish in an effort to get back on the platform.

Many of those markets would be affected by the blackout, specifically with their NFL teams. Looking through that list there are a lot of AFC markets with Dish that are currently missing CBS including Baltimore, Pittsburgh, LA, New York, Denver, Miami, and Boston.

While many of these markets are more synonymous with the NFL, the Thanksgiving Day game isn’t the only major football being played on CBS this week with the Iron Bowl between Auburn and Alabama taking place over the holiday weekend as well. These are two of CBS’s highest rated games in both pro and college throughout the entire season and having them be blacked out on Dish in some of the biggest markets in the country is less than ideal.

Perhaps Dish thinks they have the leverage here because people at home can go old school with the antenna if they really want to see these games. It’s not encouraging that the two sides have already let it get to this point, so anyone affected might want to get their rabbit ears set up if they don’t want to miss these big games. It could be a while before CBS is back on Dish.