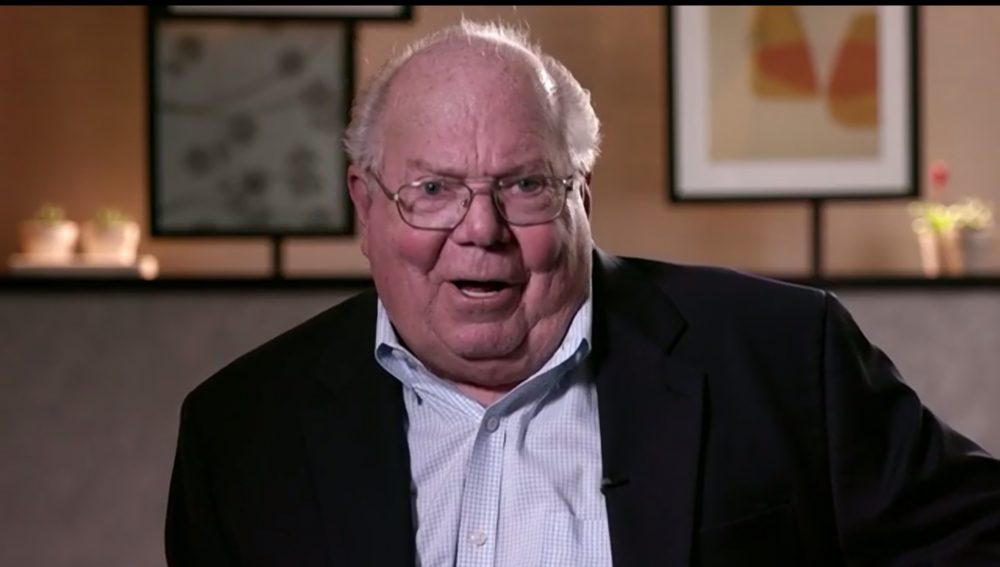 Though 78-year-old Verne Lundquist is definitely happy to be on the CBS Sports team that will call the final two afternoons of this weekend’s PGA Championship, he’s been plenty busy enjoying and embracing life, travel, culture and music.

Lundquist and his wife Nancy bought a small condo a year and a half ago in a high-rise building in downtown Austin, Texas. It’s his hometown, and Nancy went to college at the University of Texas. So they’re currently splitting time between Austin and their home in Steamboat Springs, Colorado, where he’s lived since 1984.

“It’s small, but it’s all we need,” Lundquist told Awful Announcing on Wednesday at Bethpage’s Black Course on Long Island, the first year the championship takes place in mid May. “And we’re in the heart of downtown Austin. So when we looked around, we haven’t skied in 15 years. And I can’t play golf. I’ve got back surgery and arthritis. So we’re limited in terms of participating in things that I loved. But we wanted a warm weather place, and Austin seemed like a great fit.”

When asked about his health, Lundquist initially said “excellent,” in the enthusiastically jovial way he’s answered questions and made conversation for decades.

“Well, excellent’s not true,” he said. “I’ve got bad knees and I’ve got back surgery, and I’m going to go and tweak it in July. But on the whole, yes. I’m as healthy as a 78-year-old man with two new knees, a new shoulder and a new back can be.”

After fulfilling his duties at the 14th hole this weekend, Lundquist will fly back to Austin on Sunday night, spend a week there, and then head north for the majority of the summer back in Steamboat Springs. But in early June, Verne will take a vacation and resume one of his annual traditions as a speaker and panelist on an Oceania Cruises ship, a relationship he said dates back 15 years. This 10-day voyage will be a gathering of over 500 Big 10 alumni, including former Maryland men’s basketball coach and Hall of Famer Gary Williams and former Iowa quarterback Chuck Long, headed from Rome to Monte Carlo.

“They’ll have me on board, I’ll do a couple of presentations, which I’ve done forever, and moderate a panel,” Lundquist said. “We love it. And I love the company. Nancy and I have literally seen the world with this.”

In talking with Lundquist, you can tell how passionate and active he is in the music and arts scenes wherever he decides to lay down his roots. His wife was a voice major at the UT Austin, where they had met in 1980.

“And she had introduced in me a love of music, and it rekindled my interest,” Lundquist said. “And that’s a huge part of our summer.”

Lundquist has been involved for years in the classical music scene in Steamboat Springs, and is on the board of directors of the Strings Music Festival, an annual summer concert series that mainly runs from late June through late August.

“We do classical twice a week,” Lundquist said, “and we do a different tempo on Friday nights, and that pays the bills.”

That different tempo, he said, can be anything from rock and roll to blues or gospel. But Lundquist made sure to add that Strings hasn’t gotten to any hip-hop concerts just yet.

“Our age group is not quite there,” Lundquist said. “And if you hear me rapping, you’ve got a scoop.”

Lundquist first moved to Austin in 1952, when he was 12. Obviously, the city’s changed a lot since then.

“My gosh,” he said. “The population was about 130,000 when he got there, and now the estimated metro population is about two million.”

After buying their place downtown, the people who sold Lundquist the condo said they’re building another high-rise a block away.

“We’re in a 43-story building, how high can it be? Sixty-two stories,” he said. “And it’s not finished yet, so we watch the construction. And that’s just a symbolic part of the architecture downtown.”

Lundquist is not as active in the vibrant, thriving Austin music world as he is in Steamboat Springs, but he’s very much a patron and attendee.

Austin’s young and growing population has allowed it to become one of the country’s burgeoning, up-and-coming places in terms of music and arts, led by the annual South by Southwest festival. And Lundquist seems quite happy to live in a city where he can take that all in. He’s friends with the musician Ray Benson, the front man for the band Asleep At The Wheel. Lundquist recently had dinner with him and the band plays at Strings every other year in Steamboat Springs.

“I don’t want to sound like an elitist, but we’ve been to two or three Austin Symphony concerts,” Lundquist, the furthest thing from an elitist, said. “We went to the ballet two weeks ago. So culturally we do participate, but not as extensively as we do in Steamboat Springs.”

“I know Willie,” he said, referring to country music legend Willie Nelson on a first name basis. “We’re two blocks from where Austin City Limits goes live and there’s a huge statue of Willie right in the corner.”

Of course Lundquist misses calling March Madness every year, “big time,” he said, and spending time with his analysts over the years like Bill Raftery and Jim Spanarkel.

“Raft and I stay in touch,” Lundquist said. “He called me last week.”

In September, Lundquist is receiving the Joe Lapchick Character Award in New York City, and he was thrilled that Raftery agreed to present him with that honor.

“Usually he’s surrounded by acolytes and adult beverages have been served,” Lundquist said of his old friend. “But honestly, I miss him.”

Lundquist decided to step away from calling the NCAA Tournament last year because of his back, but CBS Sports president Sean McManus still wanted his voice associated with the network’s major golf coverage.

“When we wrapped it up, he said to me I’d still like you to work Augusta and the PGA,” Lundquist said, “and I said ‘you say jump and I say how high?’”

Lundquist said he’s on the last year of his contract, but it’s pretty safe to say that this weekend at the PGA won’t be the last time we see Verne on the air.

“I assume that since I didn’t curse on the air that I’m going to be invited back to Augusta next year,” Lundquist said, still happy to take some time away from his busy social schedule to continue as CBS’ most beloved voice.