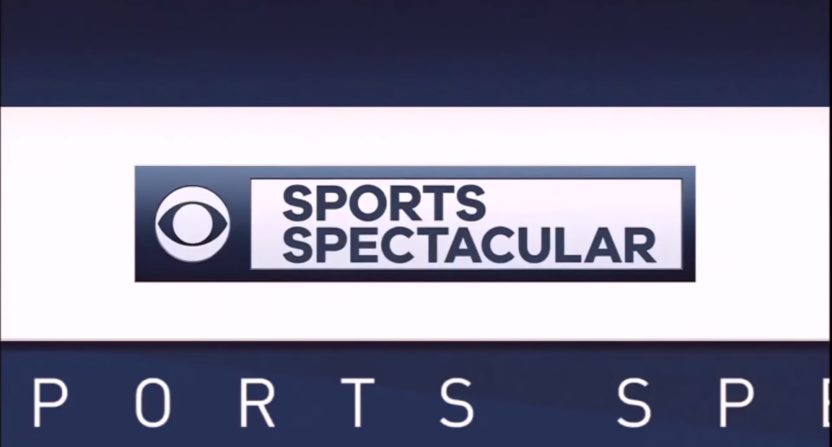 It’s spring. The major cable sports networks are either airing MLB, NASCAR, NBA Playoffs, NHL Playoffs, soccer or UFC. It’s all about live sports. But for CBS Sports Network, it’s not airing any of those events. It’s been plugging along televising events like surfing, Professional Bull Riding, professional bowling, some college sports and there’s something called Pickleball. Pickleball? What exactly is Pickleball? Well, if you go to the YouTube Pickleball Channel, it’s called “the fastest growing sport in America.”

If you don’t know what Pickleball is and have never seen it, here’s a sampling from the CBS Sports Spectacular from last year:

It’s rather interesting. But this is not about Pickleball. This is about CBS Sports Network and its lack of major events that could help grow the channel. Back in 2014, Awful Announcing spoke with David Berson, the President of CBS Sports about growing CBS Sports Network and perhaps bidding for some major sports properties and he told us the following:

On the cable side, we haven’t gone and spent a billion dollars on any one property or anything like that, but we are making significant strides to grow the network. We know it’s not an overnight fix. We have a little different approach than some of the other guys and we’re doing it methodically and strategically for certain properties that add a lot more live events with a lot more personality on the air and gaining a lot more distribution and it works well for our strategy and our business model.

And he added that overspending was not in the cards for CBS and CBS Sports Network:

…we’re going to continue to look and find properties that make sense for us, but again, we’re not going to spend foolishly. We want it to make smart business sense for our company and we picked our spots to date and we feel good about it and we’ll continue to be smart and strategic and selective in wherever we invest.

While CBS Sports has expanded its NFL inventory to include half of the Thursday Night Football package, maintained its standing with the Big Ten through basketball for the next six seasons and extended its agreement to keep Turner as a partner for the NCAA Tournament through 2032, CBS Sports Network still plugs along.

CBS Sports Network does have a consistent daytime lineup that includes radio simulcasts of Boomer & Carton and Tiki and Tierney plus the nightly Time to Schein with Adam Schein, but its primetime schedule still pales in comparison to the other cable sports networks. And it’s all apparently by design.

While CBS Sports Network does have its share of college sports, filling the calendar in the spring and summer leads to some creative programming. If you haven’t checked out the programming guide for CBS Sports Network, in one typical week it will include Arena football, FIM Motorcross, repeats of Showtime boxing, off-road racing, poker, World Surf League, Professional Bull Riding, college and professional bowling, and World’s Strongest Man archival footage.

When you compare it to ESPN’s family of networks which carries MLB, NBA Playoffs, NCAA Championships and tennis in this period, NBCSN which finished another season of English Premier League and has been featuring the NHL Playoffs, FS1 which has Bundesliga, Champions and Europa League soccer, UFC, NASCAR and MLB, CBS Sports Network’s inventory is not one that will provide big numbers.

You would think that somewhere down the line that CBS might think of bidding for some major sports to expand the subscriber base, but look back to what David Berson said in 2014 and how it still applies to the present day, “… we’re going to continue to look and find properties that make sense for us, but again, we’re not going to spend foolishly. We want it to make smart business sense for our company…”

The whole key for CBS is to not overspend and have sports properties that make smart business sense for CBS Sports Network. If that includes programming various niche sports like Pickleball to fill time on the CBS Sports Spectacular, then so be it. CBS Sports Network isn’t going to bowl anyone over with its current schedule, but for the sports division, perhaps this is enough to keep the programming going and to ensure it doesn’t repeat the mistakes that have led to cost-cutting and layoffs at the other sports networks.