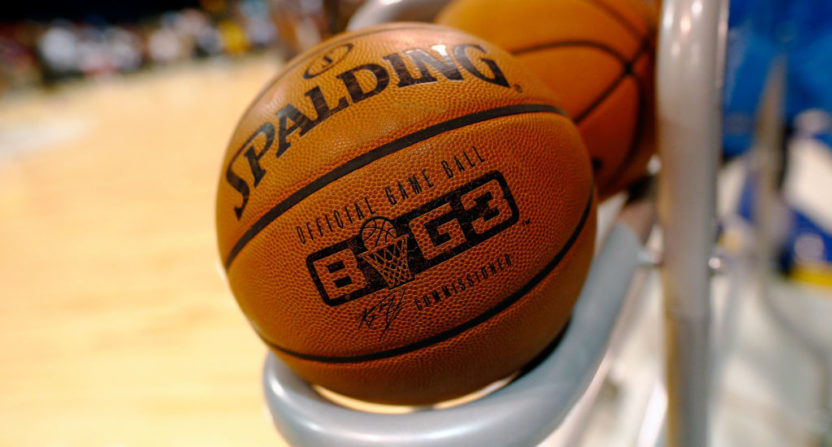 With many pro leagues either coming back or trying to figure out ways to safely come back amidst the Covid-19 pandemic. Ice Cube’s Big3 league, which had been set for a fourth season this summer, will instead focus on returning in 2021.

Big3, which has a broadcast partnership with CBS Sports, traditionally played games after the NBA playoffs from late June through August, but this year that looks like when the NBA hopes to finish its own season. (And if the NBA is unable to resume due to the pandemic, that would have likely meant the Big3 wouldn’t have been able to play either.) If they tried to move back further into the fall, their CBS and CBS Sports Network opportunities would have potentially been limited due to the return of the NFL and college football.

It’s certainly a tough spot for the league to be in, and making this call now is probably the right decision.

From the league’s release, which confirmed that CBS is still on board:

In the midst of the COVID-19 world pandemic and its uncontrollable nature, the BIG3 announced today season four will return in Summer 2021. The BIG3 always wants to deliver the best for our fans under safe conditions. Due to a confluence of issues including safety, uncertainty of testing, changing government regulations, insurance and liability issues, sponsor and advertiser challenges of their own, and the changing nature of the virus itself, the decision was made to focus on a great return in 2021.

CBS Sports will continue as the BIG3’s television partner for the 2021 season with the games airing on the CBS Television Network, followed by encore presentations on CBS Sports Network.

BIG3 co-founder Jeff Kwatinetz added, “We are frustrated and disappointed that we can’t see BIG3 played this year. We thank CBS for working with us and extending our relationship to next summer. Cube and I can do a lot, we started this league from scratch and developed an entirely new sport, FIREBALL3. With that said, we are not infectious disease experts and we cannot control decisions of local and state governments.”

Considering the league’s target audience is NBA fans, they were always going to be squeezed by any changes to the NBA calendar. They might face a similar issue next year if the NBA changes their schedule again (by starting in the winter), but by then they would at least be able to plan appropriately.

Meanwhile, ESPN’s The Basketball Tournament is still set to happen as of now; that property focuses more on a college basketball audience, playing in college gyms. If it does go on, the lack of Big3 competition in a similar spot on the calendar could only help ESPN’s ratings, though the effect might be slim.